Madonna Feels "Raped" by NYT Profile: "Death to the Patriarchy" 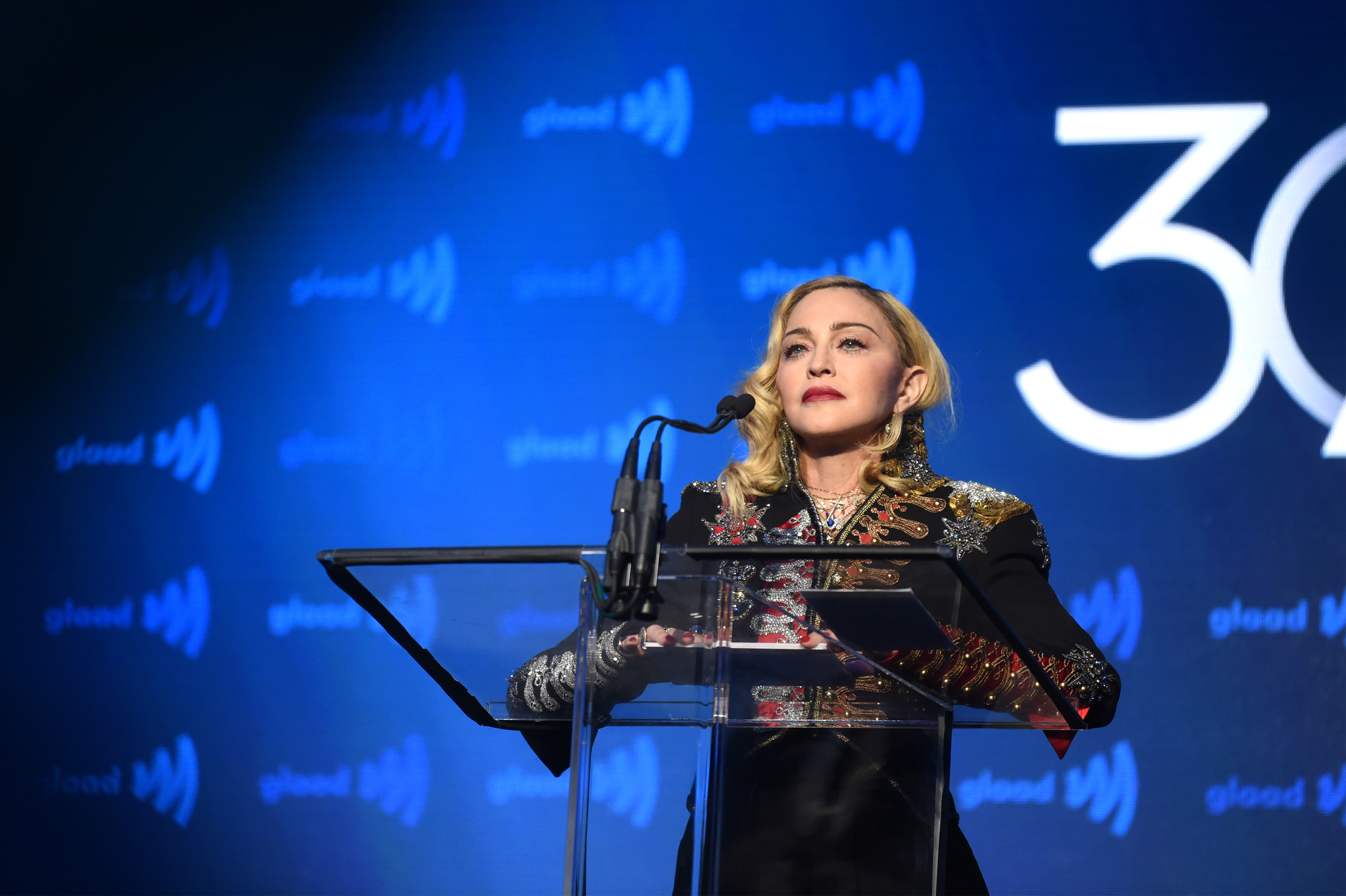 Madonna posted Thursday on Instagram that she felt “raped” by a New York Times profile of her, complaining that the piece was sexist, though it was written by female journalist and sexual assault victim advocate Vanessa Grigoriadis.

“Im sorry I spent 5 minutes with her,” Madonna said of Grigoriadis. “It makes me feel raped. And yes I’m allowed to use that analogy having been raped at the age of 19. Further proof that the venerable N.Y.T. Is one of the founding fathers of the Patriarchy.”

That wasn’t the first instance Madonna used the r-word figuratively. In the profile, Madonna says that she “felt raped” when her 2015 album “Rebel Heart” leaked online before its release. Grigoriadis, author of a 2017 book about sexual assault on college campuses, highlighted the “Queen of Pop’s” age, adding “It didn’t feel right to explain that women these days were trying not to use that word metaphorically.”

The 60-year-old pop star said that the journalist had spent days, hours, and months with her, but had chosen to focus on trivial and superficial matters such as “the ethnicity of my stand in or the fabric of my curtains and never ending comments about my age which would never have been mentioned had I been a MAN!”

Grigoriadis does include a few condescending quips about Madonna’s age:

“The pop-music world around Madonna has expanded in such shockingly strange new ways in the past couple of years that her precisely executed performance almost seemed too delicate (“Medellín” is down-tempo for a Madonna song; at the all-inclusive Mexican resort I visited over spring break, the poolside aerobics teacher played the song as a warm-up).”

She also says that though Madonna has spoken against the patriarchy for years and “gave lift-off to third-wave feminism,” she hasn’t always toed the feminist line.

Madonna, for one, even accused Grigoriadis of malicious intent, saying “You can’t fix society and its endless need to diminish, disparage, or degrade that which they know is good. Especially strong women. ”

She concluded the post with a resounding “DEATH TO THE PATRIARCHY.”