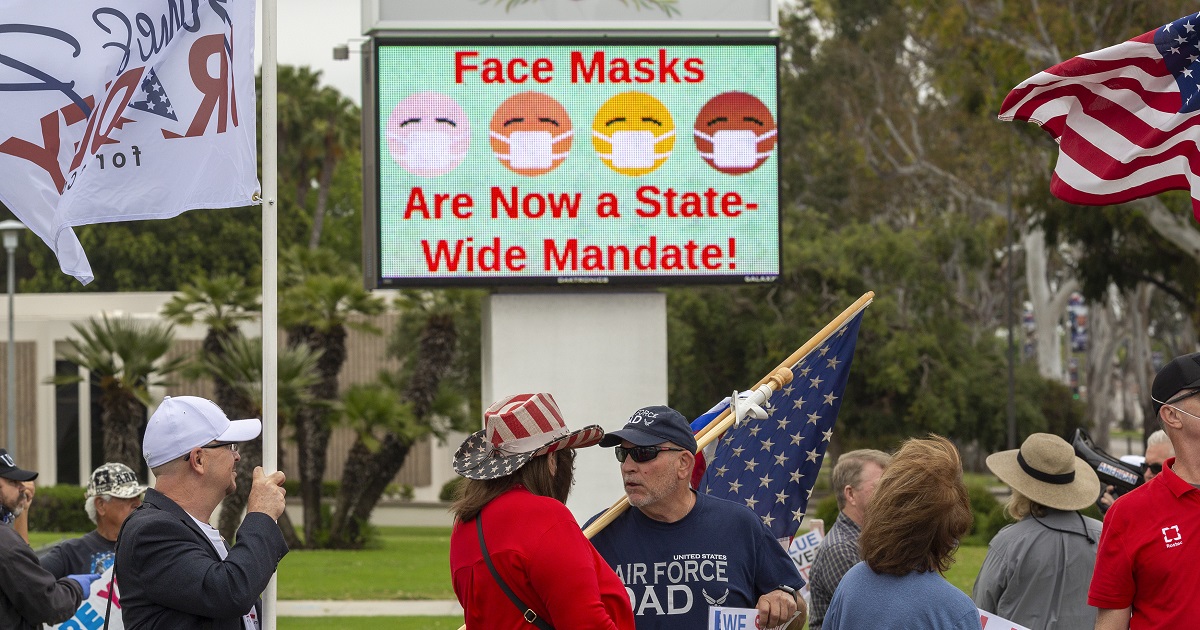 Even as the U.S. toll from the coronavirus pandemic reaches 170,000 deaths, a majority of Republican men — and nearly as many Republicans overall — still don’t believe that COVID-19 is a “real threat.”

Respondents to the latest NPR/PBS/Marist College poll were asked “Do you think the coronavirus is a real threat or blown out of proportion?”

An overwhelming 71 percent of Americans overall said they think the coronavirus is a “real threat,” with just 26 percent saying it is “blown out of proportion.”

These results come as the United States recorded its highest single-day death toll since mid-May, with almost 1,500 Americans confirmed dead on Wednesday alone, and the death toll nationally nears 170,000.

There are some results in the poll that are apparently contradictory, as 57 percent of Republicans said they support a national mask mandate, which was suggested by former Vice President Joe Biden and his running mate Kamala Harris this week, and has been consistently rejected by Republican President Donald Trump. That means a big chunk of Republicans support forcing people to wear a mask in order to prevent something they don’t believe is a “real threat.”