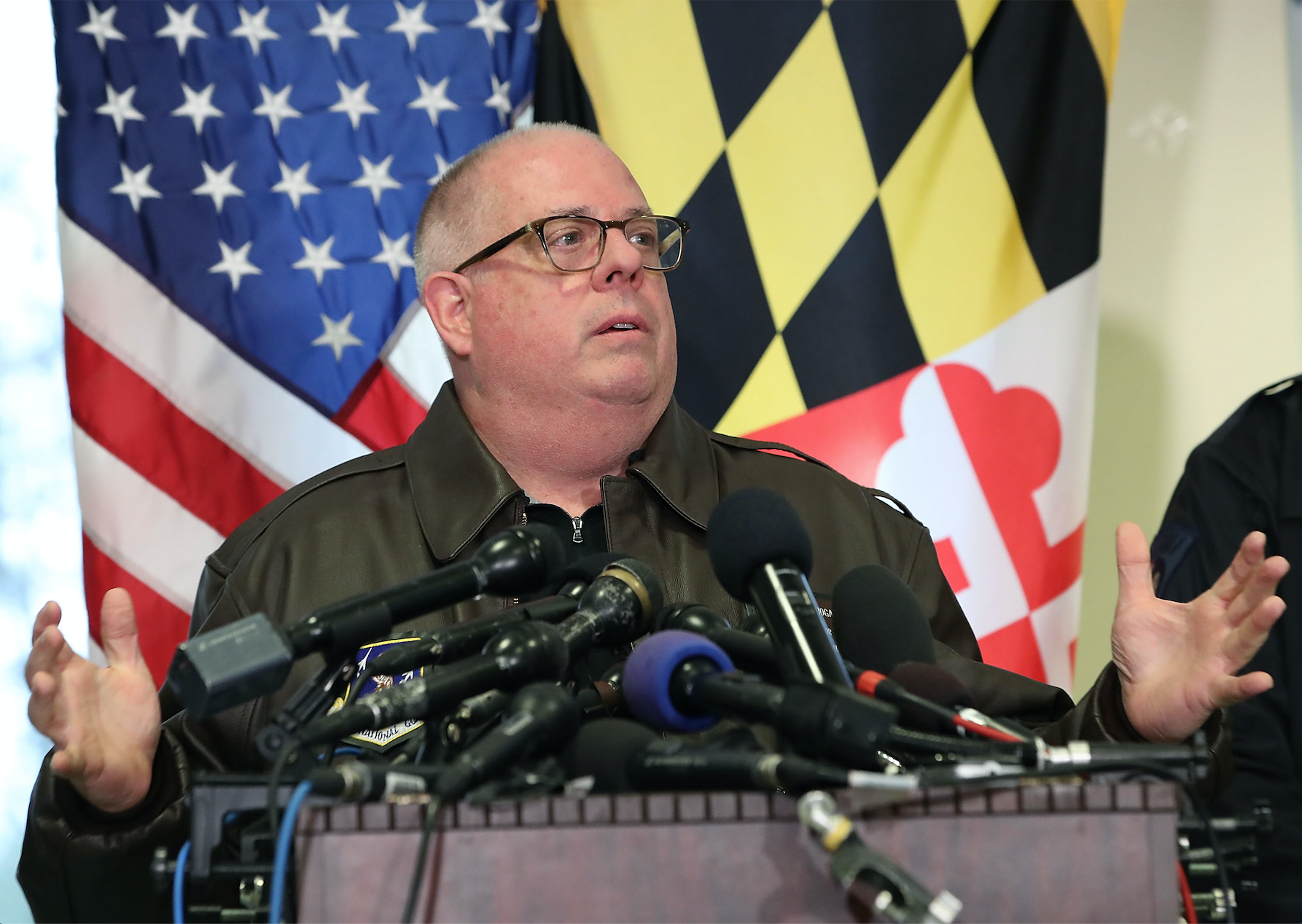 Maryland Gov. Larry Hogan (R) on Sunday told leaders in Baltimore to “regain control of their own streets” after a mob toppled a statue of Christopher Columbus on Independence Day and threw it into a harbor.

“While we welcome peaceful protests and constructive dialogue on whether and how to put certain monuments in context or move them to museums or storage through a legal process, lawlessness, vandalism and destruction of public property are completely unacceptable,” Hogan said in a statement. “That is the antithesis of democracy and should be condemned by everyone, regardless of their politics. Baltimore city leaders need to regain control of their own streets and immediately start making them safer.”

Protesters toppled a statue of Christopher Columbus erected in 1984 during a Saturday uprising, smashing it in two before dragging the remnants and rolling them into Baltimore’s Inner Harbor. Baltimore Mayor Bernard “Jack” Young (D) spokesman Lester Davis said Saturday evening that the mayor’s office did not view protecting the statue as a priority, telling the Baltimore Sun that it was part of a “reexamination taking place nationally and globally around some of these monuments and statues that may represent different things to different people.”

“Our officers in Baltimore city, who are some of the finest in country, they are principally concerned with the preservation of life,” Davis added. “That is sacrosanct. Everything else falls secondary to that, including statues.”

Columbus, the 15th-century Italian explorer long credited with discovering America, has been the subject of controversy in the wake of protests over monuments commemorating American historical figures.

Division over Columbus has not been exclusively along party lines. Republican Sens. Ron Johnson (WI) and James Lankford (OK) proposed an amendment to scrap Columbus Day and to replace it with a federal holiday celebrating Juneteenth, while former Vice President Joe Biden has said that statues of Christopher Columbus should remain.

President Donald Trump signed an executive order in late June seeking harsher prison sentences for those convicted of vandalizing historical monuments under federal law. “To destroy a monument is to desecrate our common inheritance,” the order said. “In recent weeks, in the midst of protests across America, many monuments have been vandalized or destroyed. Some local governments have responded by taking their monuments down. These statues are not ours alone, to be discarded at the whim of those inflamed by fashionable political passions; they belong to generations that have come before us and to generations yet unborn.”