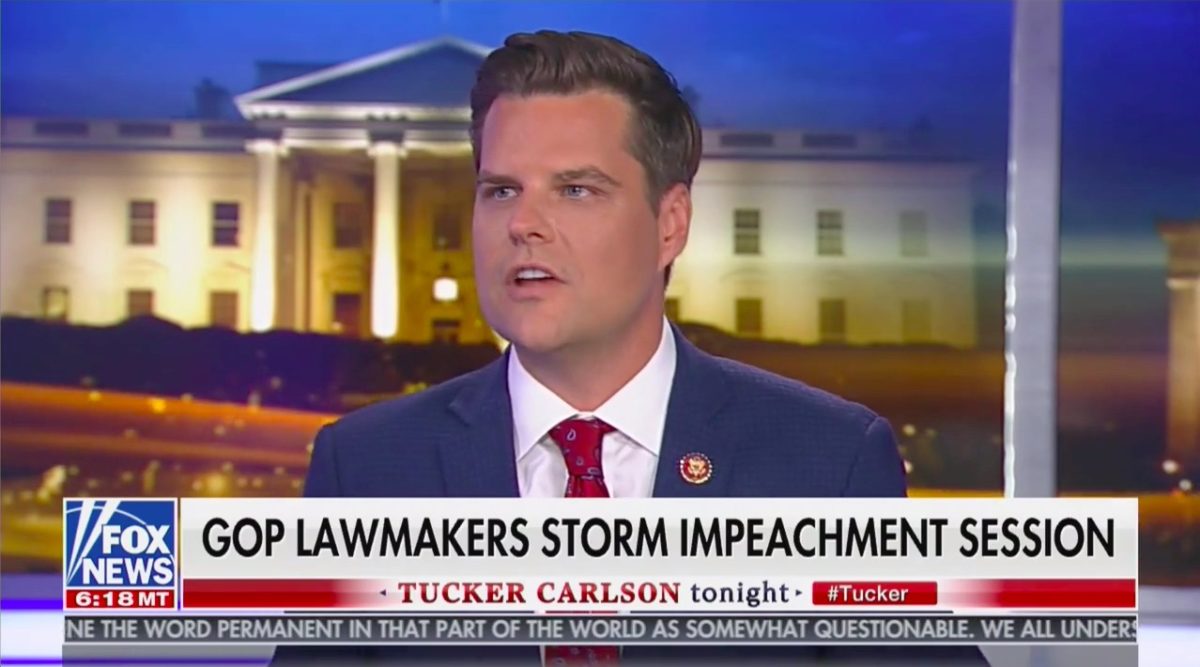 To briefly recap: Gaetz shared a photo bragging about being with the president at the World Series. Lassner commented, “Omg this fucking tool.” Gaetz responded by asking if his employers at NBC are okay with that language, even invoking Ronan Farrow’s book, and Lassner shot back tweeting in part, “I don’t work for NBC.”

Trying to get #MattGaetzIsATool to trend is childish.

I am way too mature for that. #MattGaetzIsATool

It soon took off and, as of this posting, it’s one of the top trends in the U.S.:

I’m proud of your maturity, Andy. You’re above trending things like #MattGaetzIsATool https://t.co/AZFFCBoJM2

Even Gaetz himself tried to get in on it: