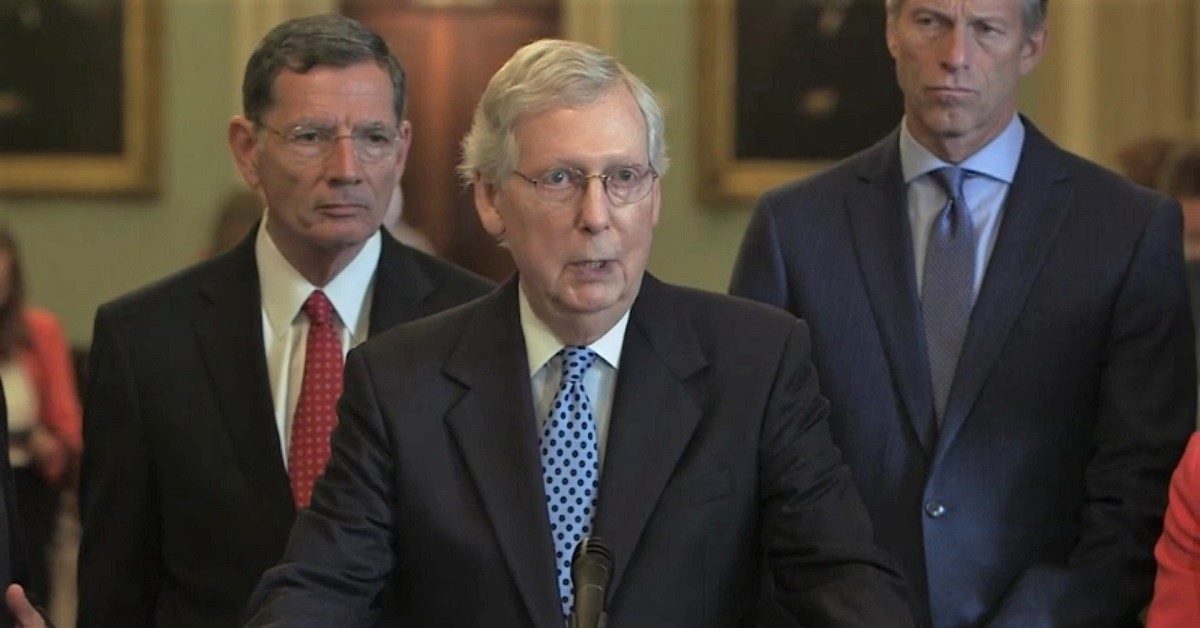 Senate Majority Leader Mitch McConnell is reportedly meeting with 9/11 first responders Tuesday after Jon Stewart called him out in a very public back-and-forth last week over reauthorization of the 9/11 Victims Compensation Fund.

To recap: Stewart and several first responders and advocates appeared before a House committee over a week ago, and Stewart shamed members of Congress for not showing up. He subsequently called out McConnell in particular for being an obstacle in this years-long fight.

McConnell responded that they would take care of first responders and that he didn’t understand why Stewart was “bent out of shape.” Stewart fired back saying that he needs to stop slow-walking the process and actually meet with first responders.

And now McConnell has agreed to meet with them. Per CBS News:

John Feal, a 9/11 recovery worker and the founder of the FealGood Foundation, confirmed to CBS News that McConnell has agreed to meet with a group of first responders to discuss the need to reauthorize the legislation first established nine years ago to help those with illnesses related to the 2001 terror attacks…

Asked what he had hoped to accomplish with the meeting, Feal told CBS News: “To let him know we want our legislation refunded and extended in the near future and to sense our urgency and then be left alone.” He later said, “So he is either on board or he gets a street fight.”

McConnell said last week that “we’ve never left the 9/11 victims behind and we won’t again.”