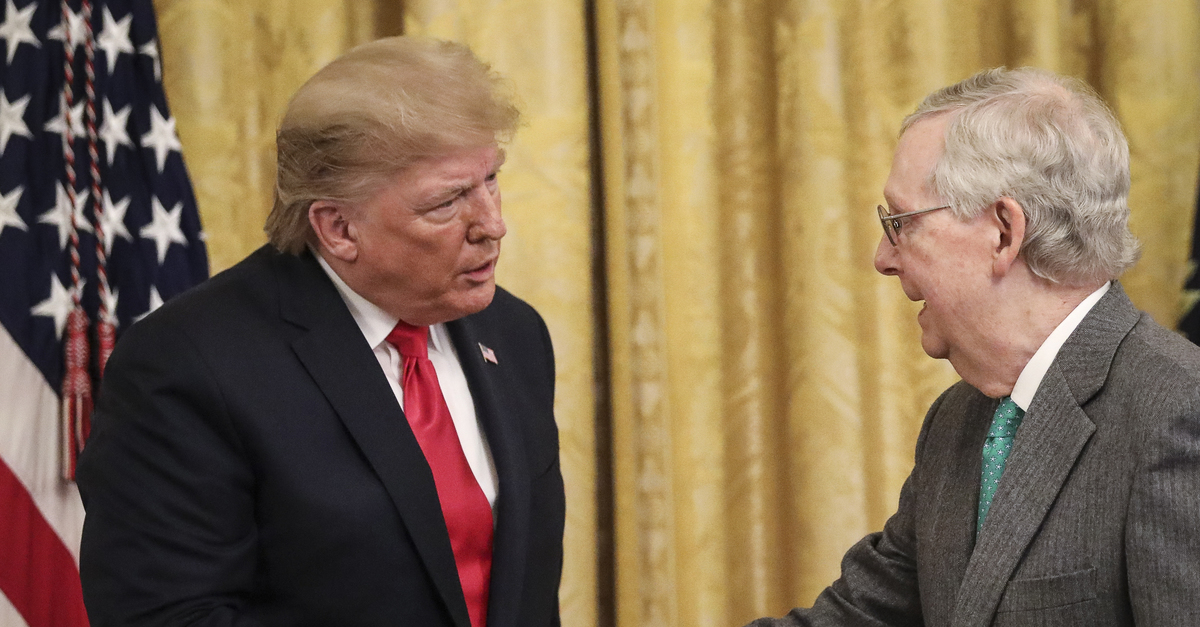 Senate Majority Leader Mitch McConnell (R-KY) attempted to sabotage the ongoing talks between the White House and top House Democrats over another possible coronavirus relief package in the days leading up to the election.

According to the Washington Post, the Senate’s top Republican reportedly revealed that he had warned President Donald Trump on Tuesday against dealing with Speaker Nancy Pelosi, who he claimed was not negotiating in good faith about a Covid aid bill. Pelosi led House Democrats to pass a $3-trillion, supplementary coronavirus relief bill more than five months ago, but it has languished in the GOP-majority Senate, with McConnell never allowing it to come up for a vote.

McConnell’s remarks, made in a closed-door lunch with Senate Republicans, show the raw political calculations that both parties are dealing with two weeks before the Nov. 3 elections. McConnell’s comments were confirmed by two people familiar with them who spoke on condition of anonymity to discuss them.

McConnell’s stance could kill any chances for passing a new relief deal in the two weeks left before the election. McConnell told reporters Tuesday that if such a deal were reached and passed by the House with President Trump’s support, he would put it on the Senate floor “at some point.” Earlier in the week, McConnell privately told allies he would bring a stimulus package agreed to between Mnuchin and Pelosi to a vote, according to one person familiar with the remarks, but that he was highly skeptical a deal would materialize.

McConnell has floated a competing, “skinny” Covid aid package of $500 billion, but that offer has been repeatedly undermined by the president himself, who has now touted a much bigger stimulus than even the Democrats seek (after abruptly reversing his position last week when he very publicly shut down all talks).

What’s more, the Senate Majority’s Leader obvious disinterest in pushing through a massive, last-minute aid package is running up against some positive signs of progress between Pelosi and the White House’s representative, Treasury Secretary Steve Mnuchin. (Pelosi and Trump’s relationship is in tatters and the pair haven’t spoken for more than a year.) On Tuesday afternoon, Pelosi’s deputy chief of staff tweeted out that his boss and Mnuchin will continue to talk on Wednesday, one day after the Speaker’s self-imposed deadline.

On several open questions, the Speaker and the Secretary called for the committee chairs to work to resolve differences about funding levels and language. With this guidance, the two principals will continue their discussions tomorrow afternoon upon the Secretary’s return. (3/3)