Mitch McConnell: Trump's Supreme Court Pick Will Get a Vote 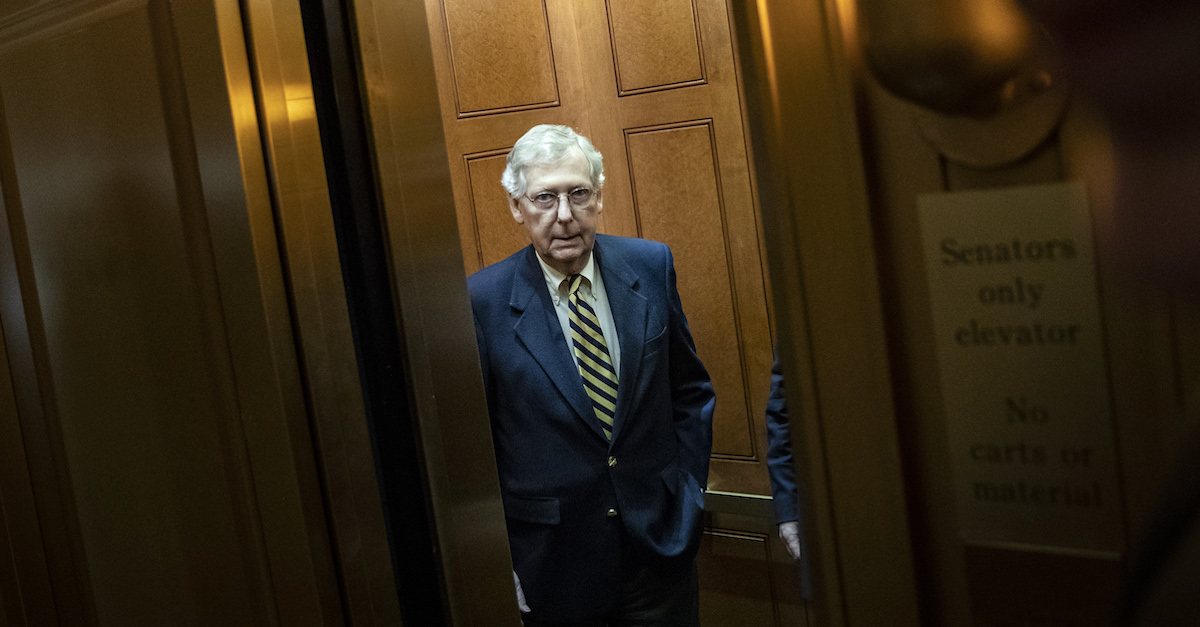 Senate Majority Leader Mitch McConnell announced Friday, shortly after the death of Ruth Bader Ginsburg, that he would move forward with a vote on whoever President Donald Trump nominates to replace her.

The controversial move, which flies in the face of his refusal to allow a hearing on President Barack Obama’s nomination of Merrick Garland in 2016, comes just 46 days before the presidential election.

Ginsburg, who served as a Supreme Court justice for 27 years, dictated a statement days before her death: “My most fervent wish is that I will not be replaced until a new president is installed.”

McConnell said in a statement:

In the last midterm election before Justice Scalia’s death in 2016, Americans elected a Republican Senate majority because we pledged to check and balance the last days of a lame-duck president’s second term. We kept our promise. Since the 1880s, no Senate has confirmed an opposite-party president’s Supreme Court nominee in a presidential election year.

By contrast, Americans reelected our majority in 2016 and expanded it in 2018 because we pledged to work with President Trump and support his agenda, particularly his outstanding appointments to the federal judiciary. Once again, we will keep our promise.

President Trump’s nominee will receive a vote on the floor of the United States Senate.

That may seem like tortured reasoning, but McConnell has recently insisted that his rule on voting for Supreme Court justices during an election year does not apply when one party is in control of the White House and the Senate, which Republicans currently are.

Still, a few Republican senators have said they would not vote to confirm a Trump Supreme Court pick in an election year.

The news of Ginsburg’s death was announced while Trump was on stage at a rally in Minnesota. Still, Axios reports that the president will move within days to nominate his third justice.