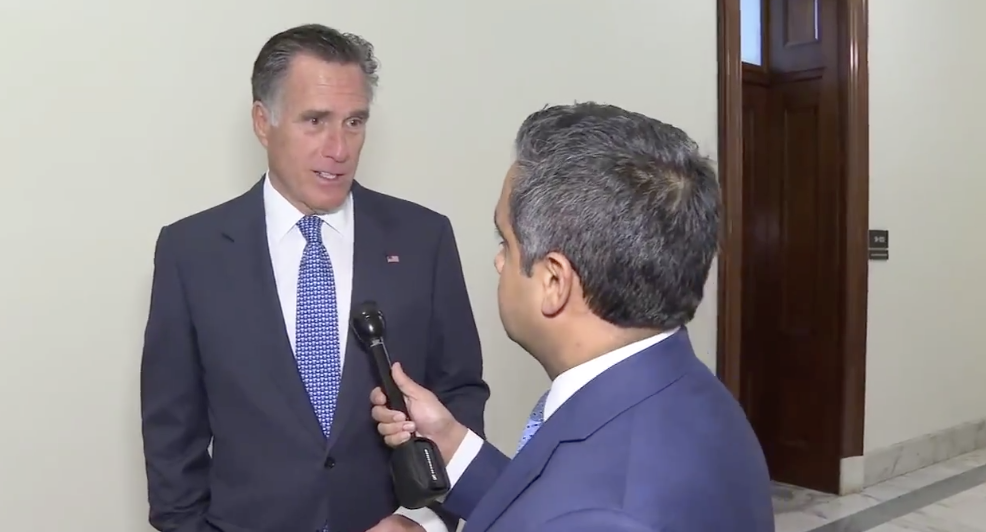 Senator Mitt Romney (R-UT) warned Senate Democrats that playing into faux outrage will not benefit their case for impeachment while also stating that he will vote against amendments Tuesday calling for witnesses ahead of the rules being finalized and voted on.

Romney dismissed both of the concerns over the changes to that of the time and duration of the impeachment trial and the evidence being introduced in the Senate, due to senators having access to all evidence from the House of Representatives.

Romney says McConnell changes are “modest” from Clinton rules. “I think Democrats make a mistake when they call it outrage time and time again,” telling me he’ll vote against amendments today calling for witnesses, but wants to hear from Bolton later pic.twitter.com/2SKUX5YnLs

Romney then swiped at Democrats for hyping up the “outrage” of the impeachment articles now being heard in the U.S. Senate.

“The big issue I think relates to witnesses, and the discussion of witnesses, the vote on witnesses that counts is going to be after opening arguments,”Romney continued.

Steven Nelson a reporter for The New York Post also tweeted that he asked the Senator from Utah “how he can be impartial after Trump called him a ‘pompous ass.'”

In which according to Nelson, Romney stated, “That may be as accurate as it is irrelevant.”

‘That may be as accurate as it is irrelevant,’ Romney says

Romney also said he might want to hear from John Bolton and other witnesses pic.twitter.com/ROctRUjuy9