Move Over Murder Hornets, Dog-Killing Giant Toads Are the New Threat to Us in 2020 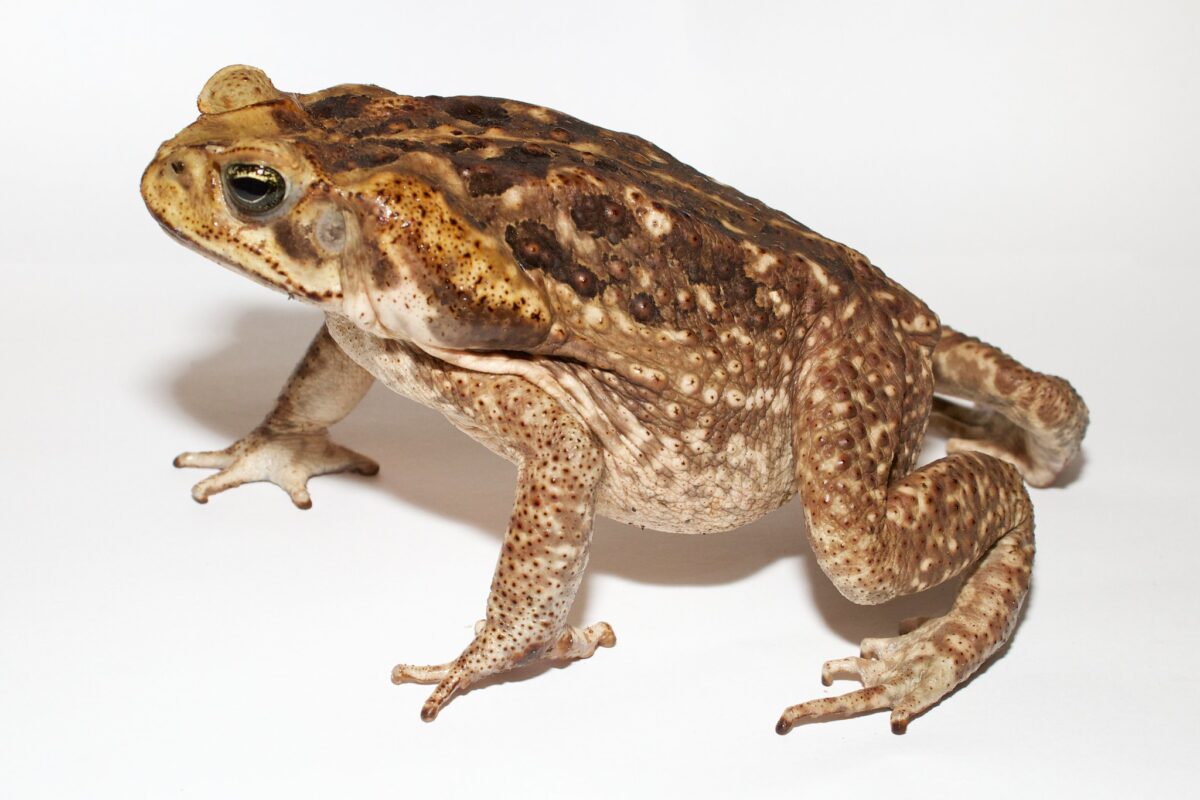 Just a month ago, we were worried about murder hornets, the giant insects native to Asia that were threatening to spread in North America. So far (thankfully!) the murder hornet invasion has largely failed to materialize, but there’s a new critter plague threatening our wellbeing: Rhinella marina, the giant cane toad.

Growing to a size of up to nine inches, the giant cane toad is the world’s largest toad and a voracious eater, consuming large quantities of not just insects but other smaller frogs and toads, bird’s eggs, and small mammals. They also have large poisonous glands behind their eyes that release a toxin that is especially deadly to dogs.

Originally native to South and Central America, the toad was introduced to new habitats in South Florida, Australia, and Hawaii by misguided sugarcane farmers. The hope was that the toads would eat the beetles that devour sugarcane stalks, but the toads don’t jump very high and the beetles remained out of reach. Meanwhile, the toads faced few predators due to their size and toxicity, and have devastated native species.

As the Miami Herald reported on Wednesday — the third day of hurricane season, in case you are keeping a list of reasons 2020 is stressing us all out — recent heavy rains in South Florida have stirred the toads from their burrows and provided ample breeding habitats.

And, of course, the toads are prolific breeders. One single female will lay 8,000 to 25,000 eggs at once, in clumped strands that can extend over 60 feet in length. The toads’ eggs and tadpoles also release a toxin that protects them from predators.

The concern right now in South Florida is that the continuation of the rainy weather — which local forecasts have been predicting — will result in a population boom for the toxic toads. If a dog bites or licks one of the toads, the quick-acting poison can cause cardiac arrest and nervous system problems like convulsions, seizures, and loss of coordination.

The Herald offers some advice for residents worried about the toads:

If poisoning is suspected, use a hose to wash the dog’s mouth for several minutes, running water through one side of the mouth and out the other, taking care not to flush water down the throat, which could further spread the poison. The advice is to get to a vet as quickly as possible.

…And homeowners can do a few things to make their backyards less appealing to these monsters: Keep grass short and clear away brush piles and clutter, clean up food scraps from pet bowls or outdoor gills, keep pet food indoors and install bug lights that keep flying insects away, reducing the toads’ main food source.