MSNBC Analyst Questions Whether Fox News Should be Legal

MSNBC Analyst Questions Whether Fox News Should Be Legal: ‘Brain-Mashing as a Business Model Shouldn’t Be Legal’ 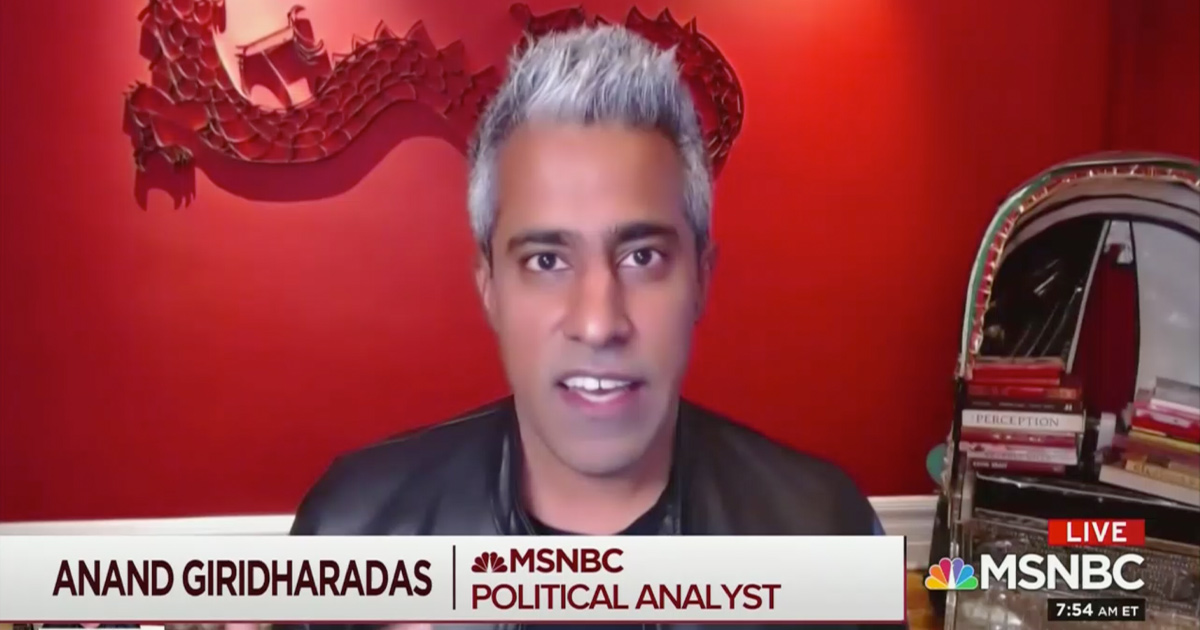 MSNBC analyst Anand Giridharadas questioned on Friday whether Fox News should be legally allowed to exist as a news network.

“It’s time for this question to be front and center: Should Fox News be allowed to exist?” Giridharadas wrote in a Friday missive on Twitter. “Brain-mashing as a business model shouldn’t be legal.”

It’s time for this question to be front and center: Should Fox News be allowed to exist? Brain-mashing as a business model shouldn’t be legal.

Giridharadas is the latest in a slew of critics who have questioned whether Fox News should remain on the air in recent weeks. Washington Post columnist Max Boot called on cable providers to drop networks including Fox News, Newsmax, and One America News in a Monday op-ed, arguing that even conservative influencers on YouTube had managed to win larger audiences “than daytime CNN.”

Alex Stamos, a former chief security officer at Facebook, made the same case in a Monday interview on CNN. “It’s really hard, because what’s happening is, people are able to seek out the information that makes them feel good,” Stamos said. “People have so much choice now. They can choose what their news sources are. They can choose what influencers they want to follow.” “We have to turn down the capability of these conservative influencers to reach these huge audiences,” he added. “There are people on YouTube, for example, that have a larger audience than daytime CNN.”

Dropping Fox News would be no easy task for major cable distributors. Legal experts have noted that AT&T and Comcast — which own their own cable networks — would be likely to face scrutiny from the Federal Communications Commission for dropping a top competitor. There’s also the fact that Fox News was the most-viewed cable-news network in 2020, meaning scrutiny from their customers could be even more intense.