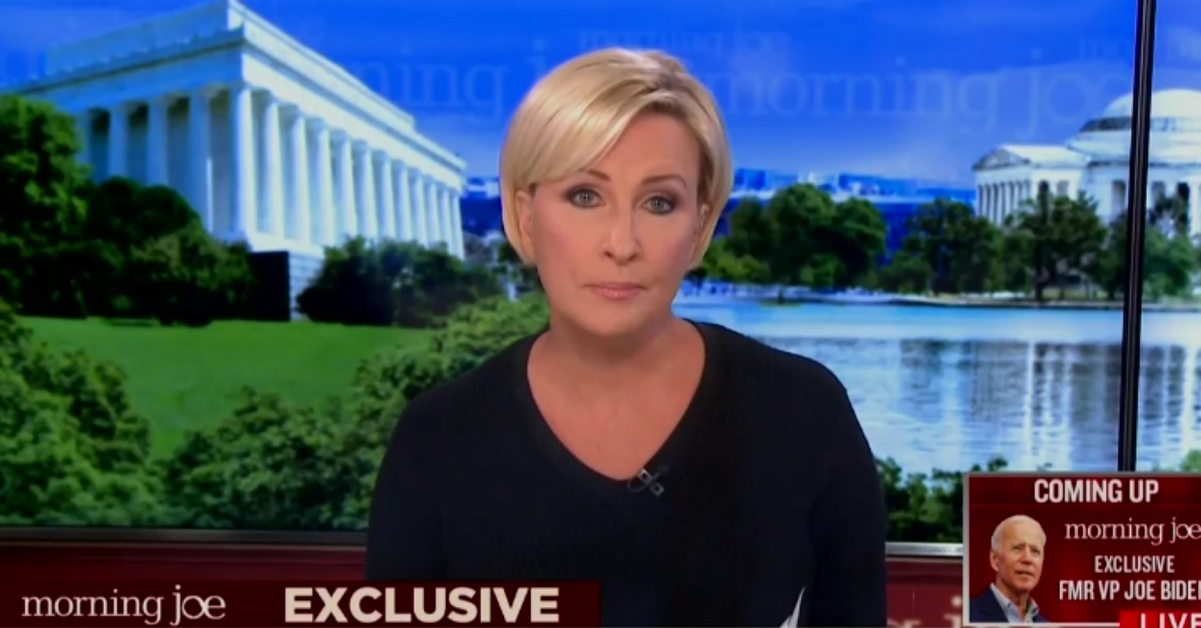 The president tweeted said Comcast “should open up a long overdue Florida Cold Case against Psycho Joe Scarborough,” referring to Lori Klausutis, who was a 28-year-old intern in then-Congressman Scarborough’s office when she was found dead at her desk. At the time an autopsy concluded she had a heart condition that caused her to pass out and hit her head.

This isn’t even the first time the president has tweeted about it.

Scarborough fired back this morning saying, in part, “You, once again, drag a family through this and make them relive it again, just like Seth Rich’s parents. As if losing a loved one the first time isn’t enough.”

This afternoon an MSNBC spokesperson issued a statement defending Scarborough, tweeted out by Mika Brzezinski, who also blasted the president’s “sleazy, gutter tactics”:

MSNBC-“Attempts to intimidate and bully the free press, including through the bizarre peddling of fringe conspiracy theories, will not prevent Joe Scarborough, Mika Brzezinski or any of MSNBC’s journalists or analysts from holding power to account.. https://t.co/HsfML4nFKc

We’ll continue to accurately and thoroughly report on the White House’s handling of the Coronavirus pandemic." —-MSNBC spokesperson https://t.co/KscmQolMht via @msnbc

My husband has consistently held Trump accountable. Trump’s sleazy, gutter tactics reveal his inability to focus on the pandemic and the growing number of people falling victim to this catastrophe —that many believe HE made worse. We will follow the facts and we are not afraid.