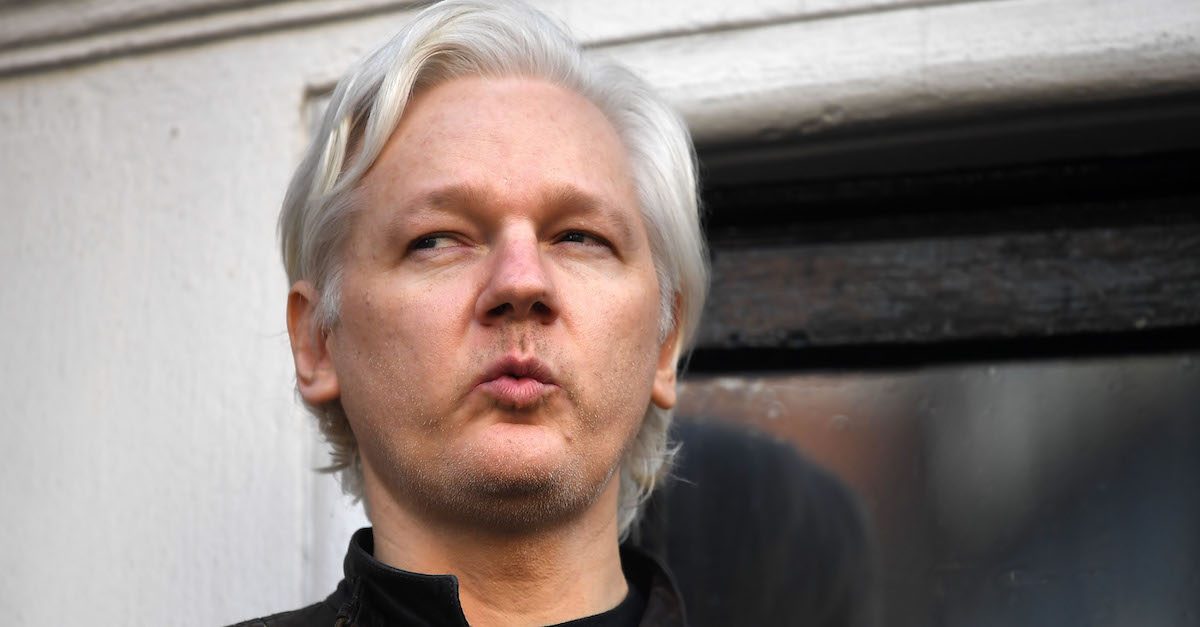 The conspiracy alleges that Rich, a slain DNC staffer who police believe was killed in a robbery, was actually taken out at the request of Hillary Clinton and other top Democrats because he leaked DNC documents to Assange.

Mueller’s report states that Wikileaks obtained the documents from Russian intelligence, not Rich.

“As reports attributing the DNC and [Democratic Congressional Campaign Committee] hacks to the Russian government emerged, WikiLeaks and [Julian] Assange made several public statements apparently designed to obscure the source of the materials that WikiLeaks was releasing,” the report states.

It also reports that Assange was in contact with Russian GRU agents — who obtained the hacked emails — while he and Wikileaks made public statements suggesting Rich was the source of the leaked documents.

“The statements about Rich implied falsely that he had been the source of the stolen DNC emails,” the Mueller report states.

“After the U.S. intelligence community publicly announced its assessment that Russia was behind the hacking operation, Assange continued to deny that the Clinton materials released by WikiLeaks had come from Russian hacking,” Mueller’s team continued. “According to media reports, Assange told a U.S. congressman that the DNC hack was an ‘inside job,’ and purported to have ‘physical proof’ that Russians did not give materials to Assange.”

The report went on to further discredit Assange’s claims of how WikiLeaks obtained the emails: “The file-transfer evidence described above and other information uncovered during the investigation discredit WikiLeaks’s claims about the source of material that it posted.”