Nancy Pelosi Excoriates Israel and Trump Over Ban of Omar and Tlaib: ‘Beneath the Dignity’ of Israel and the Presidency 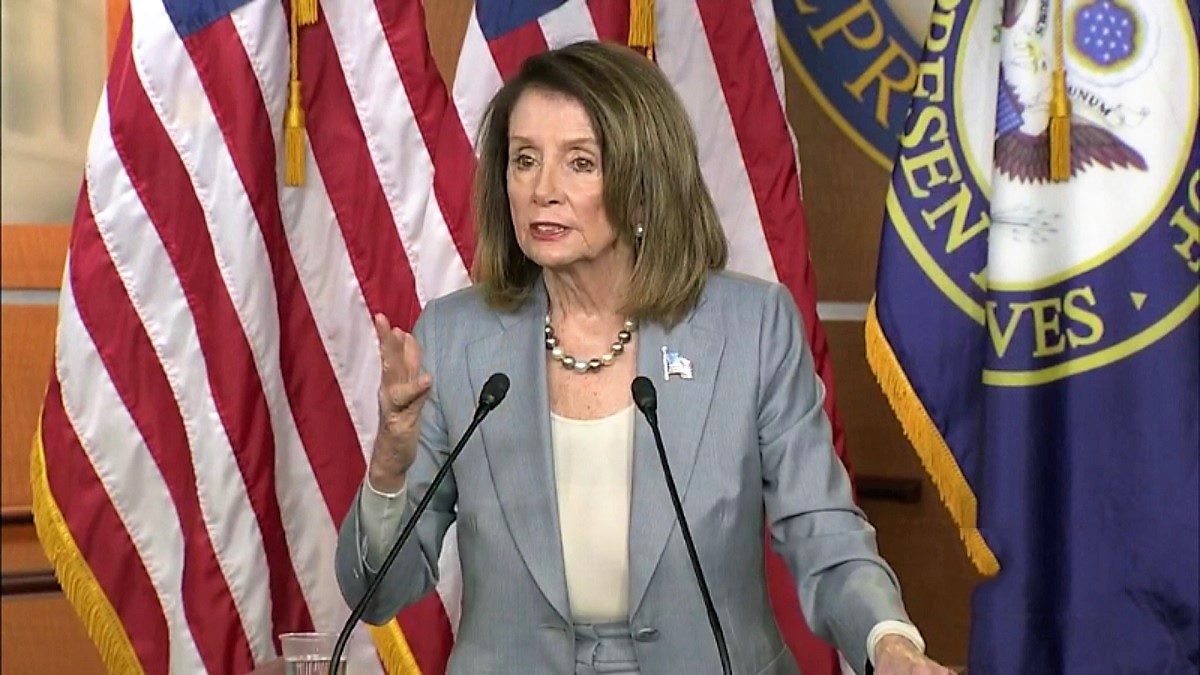 Speaker of the House Nancy Pelosi (D-CA) lit into the Israeli government and President Donald Trump over the decision to bar Reps. Rashida Tlaib (D-MI) and Ilhan Omar (D-MN) from visiting the country just minutes after Trump smeared the two congresswomen anew.

“As one who loves Israel, I am deeply saddened by the news that Israel has decided to prevent Members of Congress from entering the country.

“Last month, Israeli Ambassador Dermer stated that, ‘Out of respect for the U.S. Congress and the great alliance between Israel and America, we would not deny entry to any Member of Congress into Israel.’ This is a sad reversal and is deeply disappointing. I pray that the Government of Israel will reverse that denial.

Israel announced the decision to deny entry to the two congresswomen shortly after Trump tweeted a demand that they do so, along with an inflammatory and unfounded smear of Tlaib amd Omar.

“It would show great weakness if Israel allowed Rep. Omar and Rep. Tlaib to visit. They hate Israel & all Jewish people, & there is nothing that can be said or done to change their minds. Minnesota and Michigan will have a hard time putting them back in office. They are a disgrace!” Trump wrote.

That smear was just the latest in a series of racist and incendiary attacks against the congresswomen by Trump.