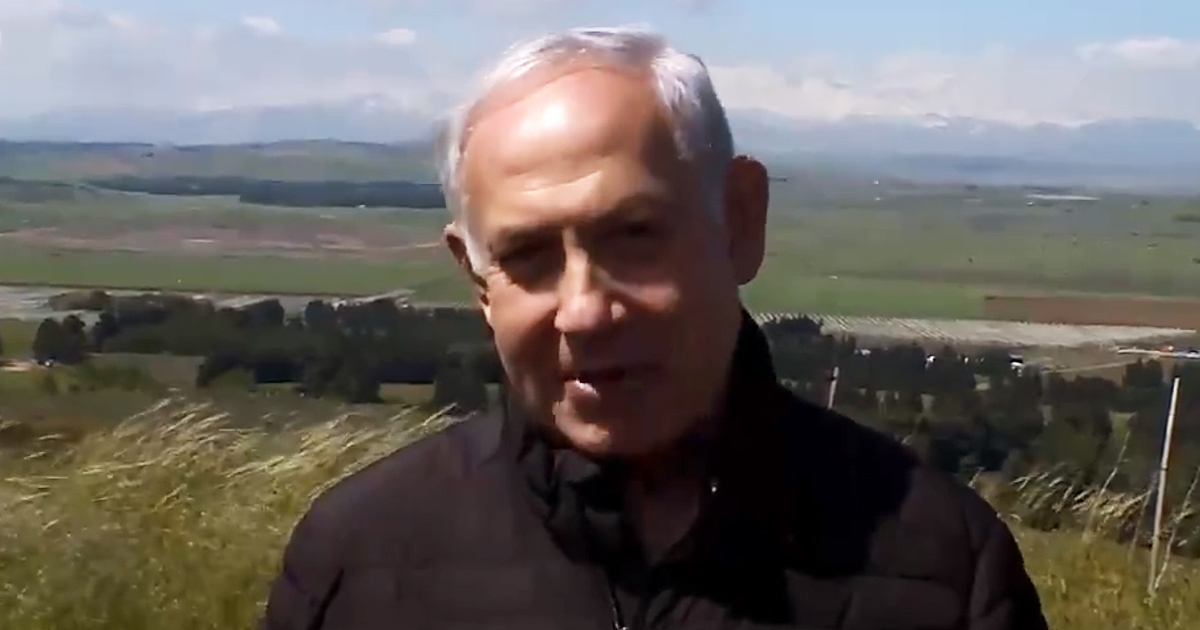 In an English-language video filmed on a hillside in the Golan Heights and sent on Twitter Tuesday, Israel’s Prime Minister Benjamin Netanyahu said he intends to have a community there named after President Donald Trump, whose administration has officially recognized Israel’s sovereignty over the region.

“All Israelis were deeply moved when President Trump made his historic decision to recognize Israel’s sovereignty over the Golan Heights,” he said. “Therefore, after the Passover holiday, I intend to bring to the government a resolution calling for a new community on the Golan Heights named after President Donald J. Trump.”

Prime Minister Benjamin Netanyahu, his wife Sara and their sons Yair and Avner toured on the Golan Heights including the Saar stream and Nimrod's Fortress. They also rode ATVs at Merom Golan and visited Mt. Hermon. pic.twitter.com/WaYsReffJg

In a longer clip, Netanyahu said that there is “a need to express our appreciation by calling a community or neighborhood on the Golan Heights after Donald Trump. I will bring that to the government [for approval] soon.”