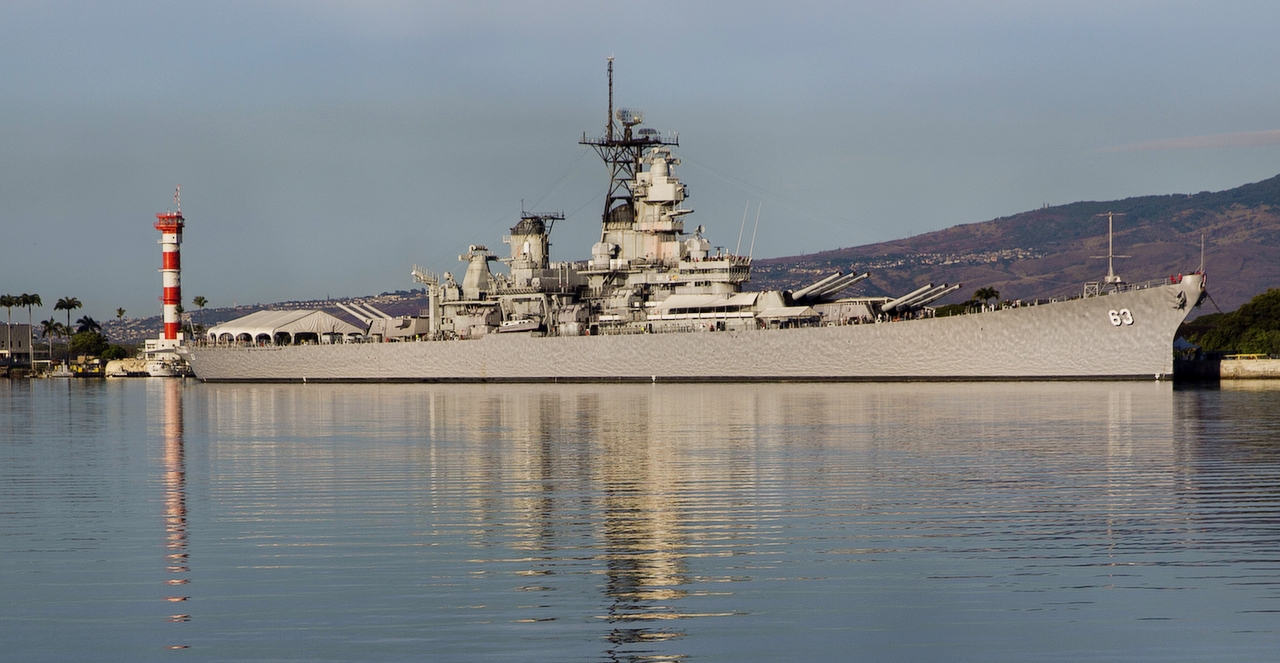 Eighty years later, Republicans are much more likely than Democrats or independents to say they “hold it against Japan for attacking Pearl Harbor.”

Tuesday marks the 80th anniversary of the attack on Pearl Harbor that is widely credited for drawing the United States into World War II. As others commemorate the day in a variety of ways, pollster YouGov marked the occasion by polling Americans on a variety of related questions.

Perhaps as a consequence, Americans were very evenly split on the question, with 34 percent responding “Yes,” 34 percent replying “No,” and 32 percent saying either “Not sure” (12%) or “Do not know enough about it to have an opinion” (20%).

That result was essentially duplicated across every political group except one. Democrats (31%), Independents (33%), and Other (29%) all replied “Yes” within a few points of 30 percent, with greater numbers replying “No.” 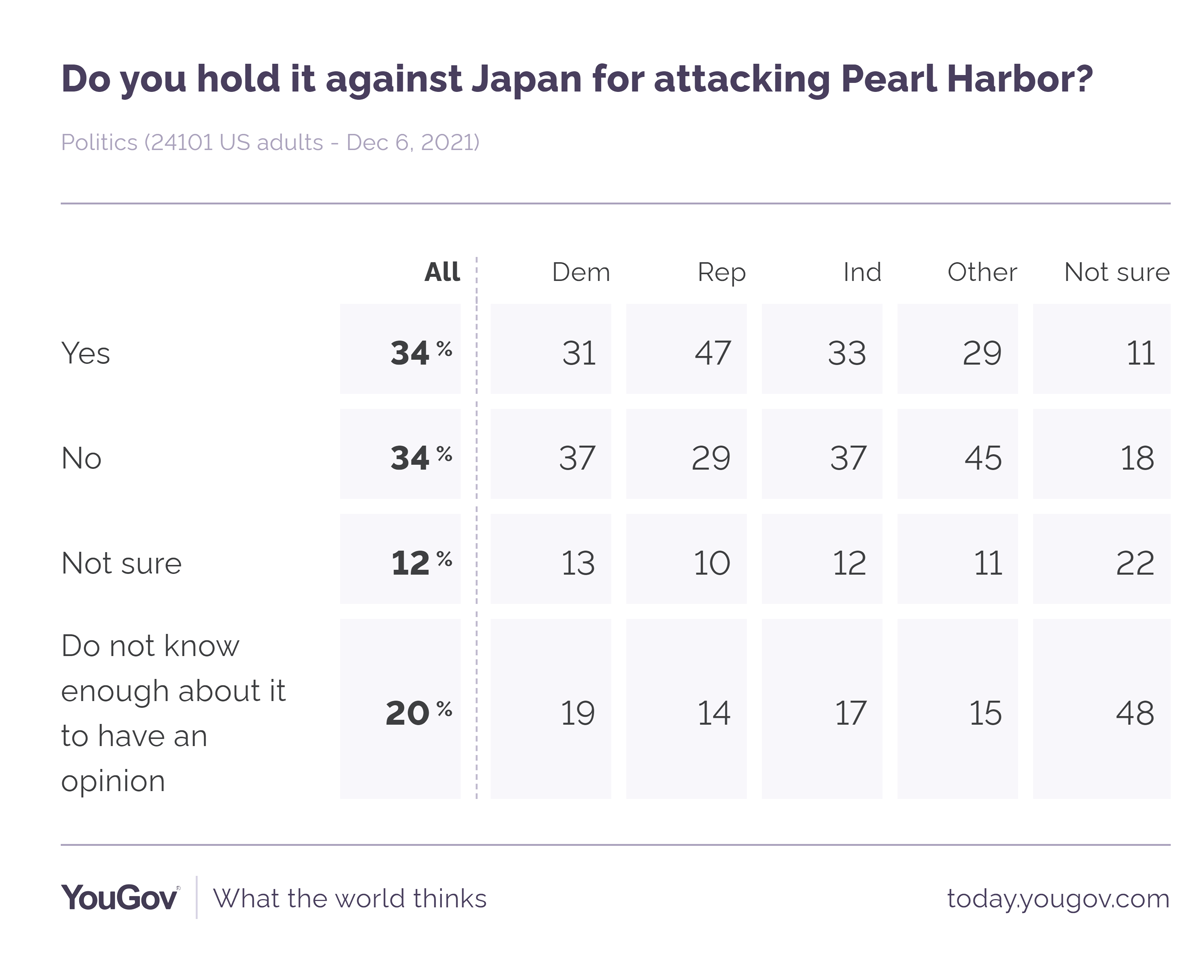 Respondents were also asked “Should Japan apologize for the attack on Pearl Harbor?”

A plurality of Americans responded “Yes,” and while the disparities were smaller, Republicans were the only group with a majority saying Japan should apologize. 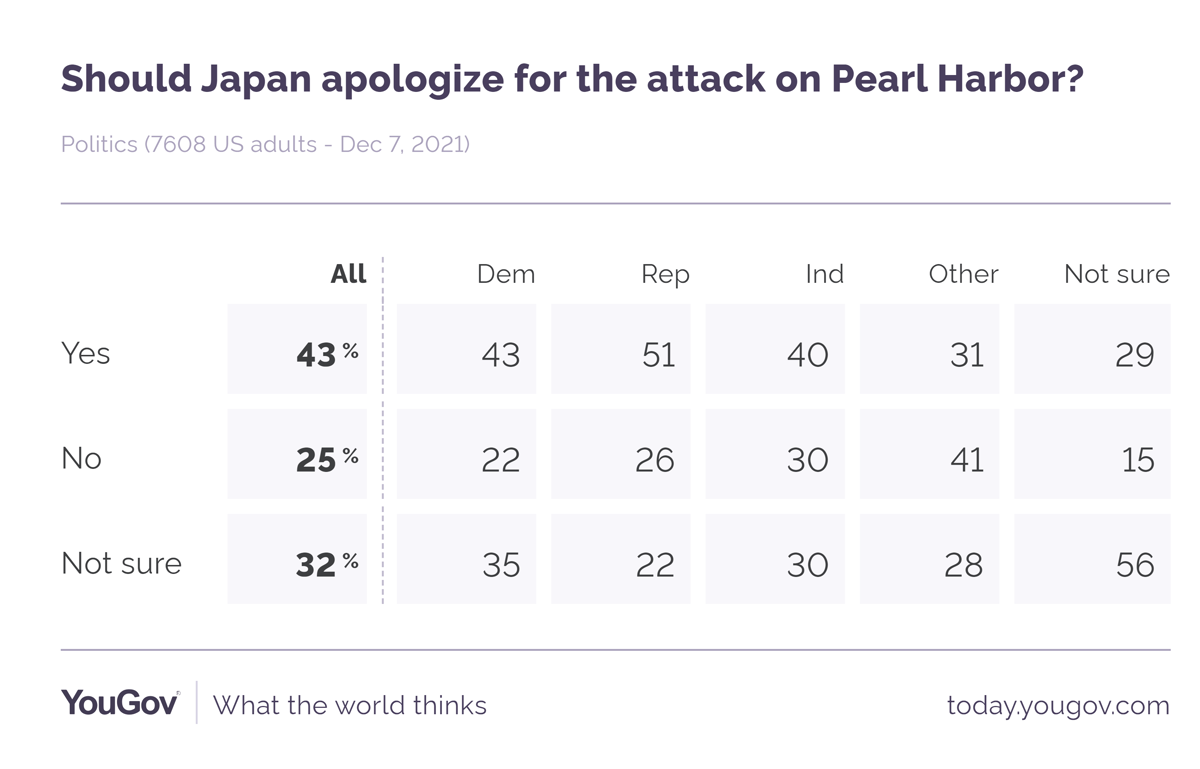 Democrats were twice as likely (47%) as Republicans (24%) to reply “Yes” when asked “Should the U.S. apologize for dropping atomic bombs on Japan?”

Of the four political categories, Democrats were the only one to achieve a plurality in favor of the U.S. apologizing for the bombings of Hiroshima and Nagasaki.