New York Post Sides with Kayleigh McEnany in Spat With Press, Tells Reporters ‘Get Over Yourselves’ 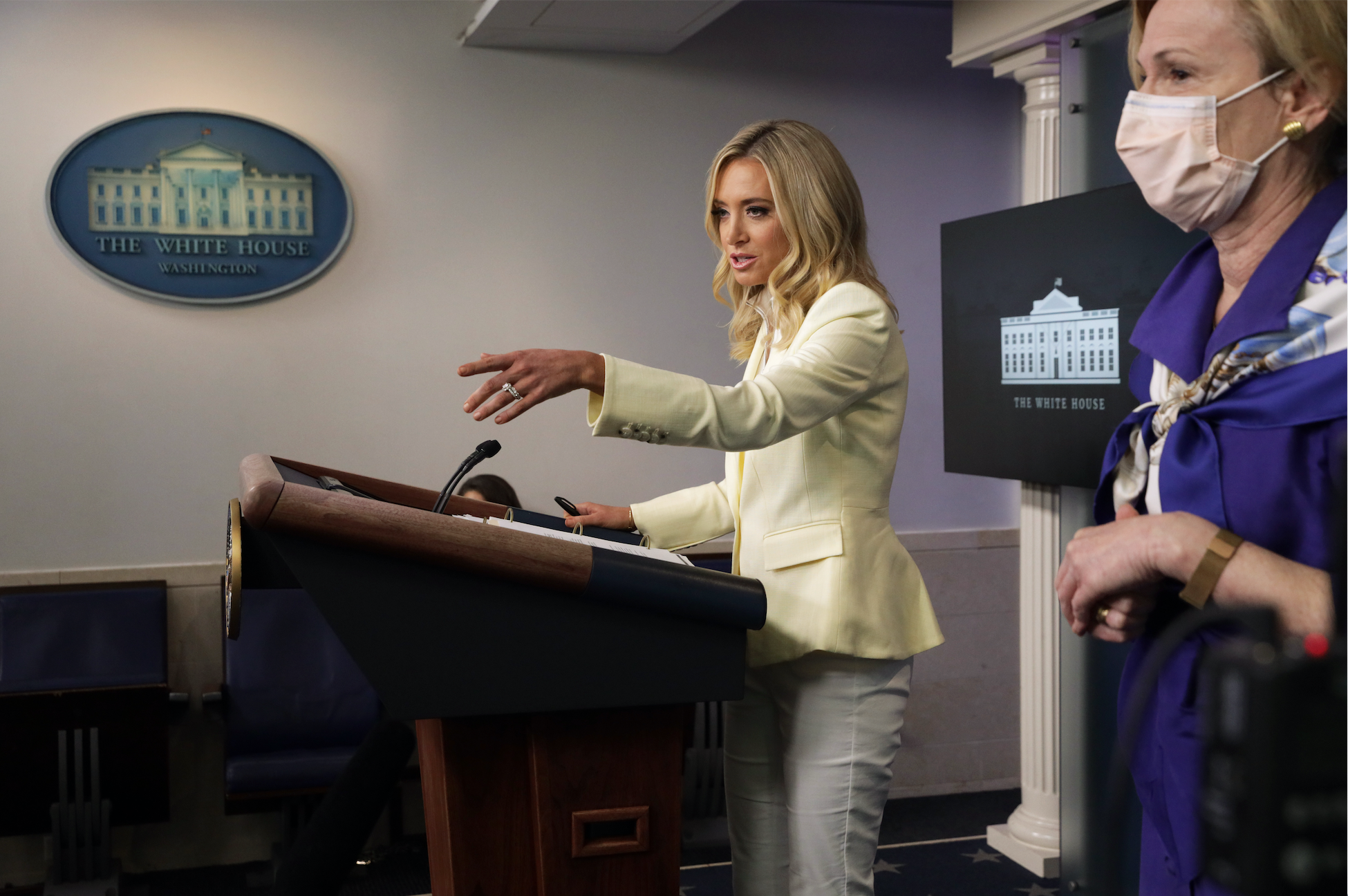 The New York Post is taking White House press secretary Kayleigh McEnany’s side in her feud with the press corps, telling reporters in an editorial to “get over yourselves.”

“After grousing that Stephanie Grisham, President Trump’s former press secretary, never held a formal briefing, the media can’t stand that Kayleigh McEnany, her successor, has made those briefings too contentious,” the Post‘s editorial board wrote in a Memorial Day column. “McEnany steamrolls, she dodges, she lectures reporters on the questions they should be asking.”

Fox News anchor Chris Wallace on Sunday said that if McEnany “had told Sam Donaldson and me what questions we should ask, that would not have gone well,” a reference to his 1975-88 tenure as a White House correspondent for NBC, along with ABC News’ Donaldson.

McEnany last week told members of the White House press corps that they should ask former President Barack Obama’s spokesperson questions about why members of his administration “unmasked” Lt. Gen. Michael Flynn in the early stages of the Russia investigation.

The Post responded to Wallace’s lamentation: “Stop whining! Of course the Trump administration is playing tough with the media — because the media has played tough with him before he was even elected. Nearly every question asked in the briefing room is usually in the loaded construction of, “As you know, things are terrible, and it’s your fault, care to comment?” McEnany has decided to hit back.”

The authors also suggested American media has never had it so good. “President John Adams signed a law making it a crime to criticize the government; 20 newspaper editors were imprisoned. Andrew Jackson not only had his own paper, edited by a member of his cabinet, but it got government subsidies. Kayleigh McEnany hurting your feelings is not a constitutional crisis.”

The Post added, “You buy ink by the barrel, fill the airwaves 24 hours a day and get millions of clicks on your websites. Victims? Get over yourselves.”