No Joke: Andrew Cuomo Is Being Honored With an International Emmy for Leadership, ‘Masterful Use of Television’ During Pandemic 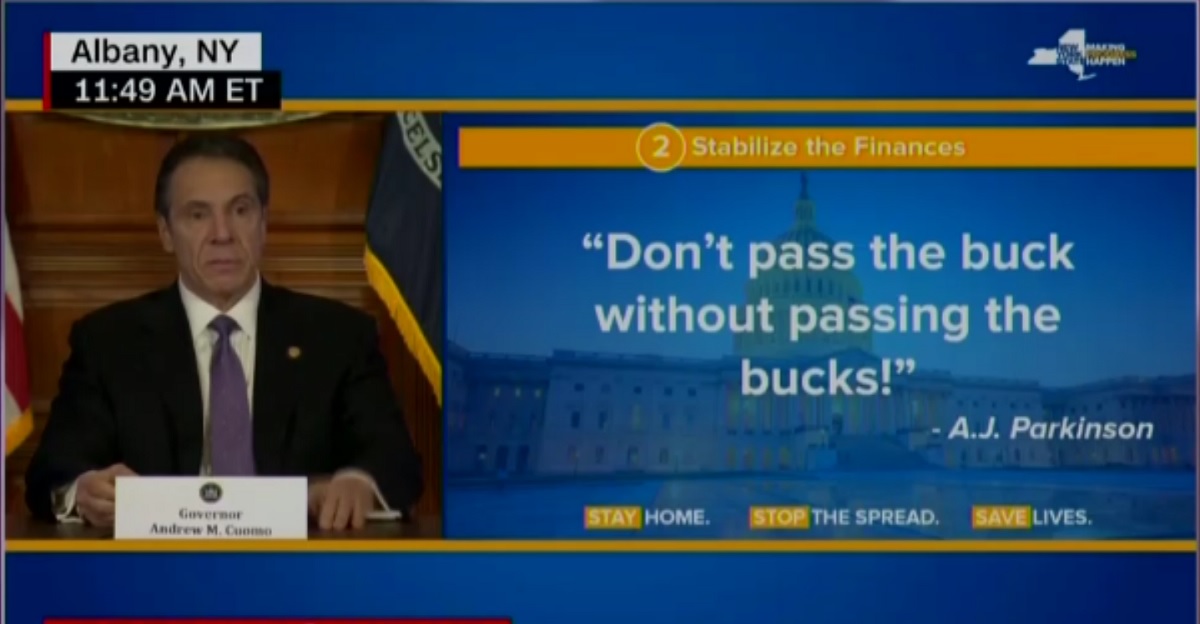 Governor Andrew Cuomo is being honored with an Emmy.

No, you have not taken leave of your senses, you’re reading that correctly.

Gov Andrew M Cuomo of NY will receive the International Emmy Founders Award in recognition of his leadership during the Covid19 pandemic & his masterful use of TV to inform & calm people around the world. The Emmy will be presented to @NYGovCuomo on Nov 23 https://t.co/dwKIImwYNV pic.twitter.com/1mKkmg6FKW

“The Governor’s 111 daily briefings worked so well because he effectively created television shows, with characters, plot lines, and stories of success and failure,” said International Academy President & CEO, Bruce L. Paisner. “People around the world tuned in to find out what was going on, and New York tough became a symbol of the determination to fight back”…

On March 2, 2020, New York Governor Cuomo conducted a media briefing from Albany, the State’s capital, to inform and educate New Yorkers and the public at large about the coronavirus outbreak that was just starting to be recognized as a massive public health threat. That 12-minute introduction, part of a 34-minute session with other state leaders, was the first of 111 consecutive daily briefings for New Yorkers and the wider world about the grim progress of the worst pandemic to hit the United States in a century.

Cuomo — who wrote a book about his leadership during the pandemic last month — came under criticism this week for shouting at a reporter who raised questions about confusion over whether schools in New York City would be open or closed. Minutes after the exchange NYC school were officially closed again.

Cuomo will be receiving the Emmy (again, yes, this is real) on Nov. 23.