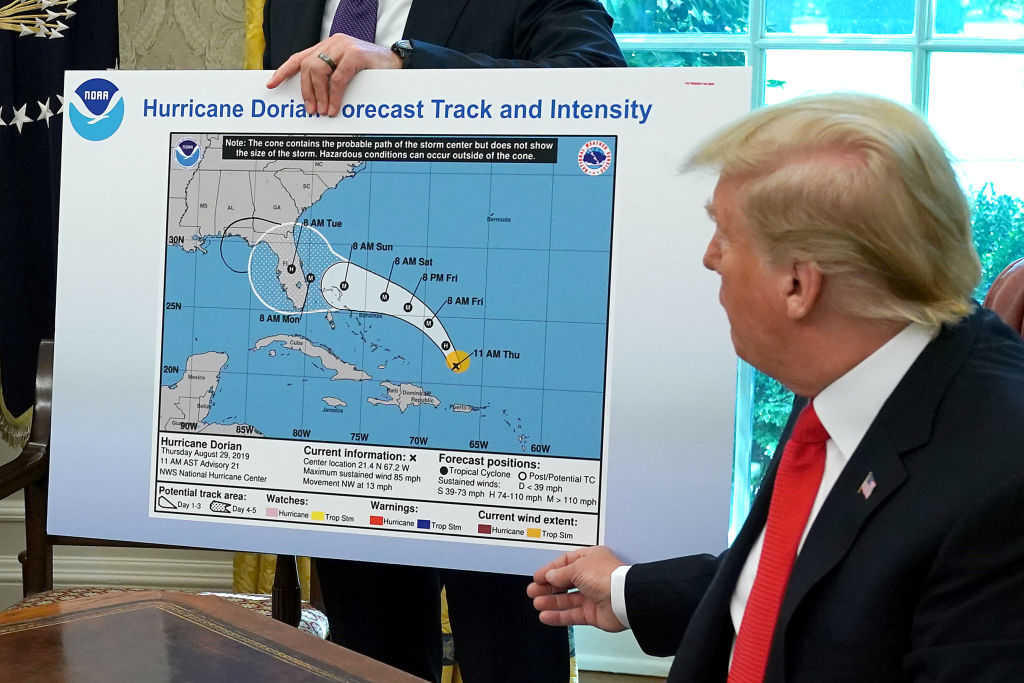 NOAA publicly released a memo from the agency’s top scientist confirming it will investigate the unsigned, “political” statement released last week that “inappropriately and incorrectly contradicted the NWS forecaster” and backed President Donald Trump’s claims about Alabama being threatened by Hurricane Dorian.

The official statement from NOAA’s Assistant Administrator Craig McLean strongly praises the “remarkable colleagues” of the National Weather Service, who issued “the best possible” forecasts during the long trek of the massive, Category 5 storm. He also implicitly rebuked any White House efforts to sacrifice the agency’s independence and scientific mission in an effort to defend Trump’s week-long Sharpie-gate scandal.

“As I’m sure you also know, there was a complex issue involving the President commenting on the path of the hurricane,” McLean’s memo explains. “The NWS Forecaster(s) corrected any public misunderstanding in an expert and timely way, as they should. There followed, last Friday, an unsigned press release from ‘NOAA’ that inappropriately and incorrectly contradicted the NWS forecaster. My understanding is that this intervention to contradict the forecaster was not based on science but on external factors including reputation and appearance, or simply put, political.”

“It compromises the ability of NOAA to convey life-saving information necessary to avoid substantial and specific danger to public health and safety,” he explained, before adding, “I have a responsibility to pursue these truths. I will.”

The existence of the McLean memo — and the investigation into the statement backing Trump — had been reported on Monday, but it had only been circulated internally in an email.