‘Not True’: GOP Senators Audibly Reacted When Schiff Brought Up ‘Head on a Pike’ Report During Trial 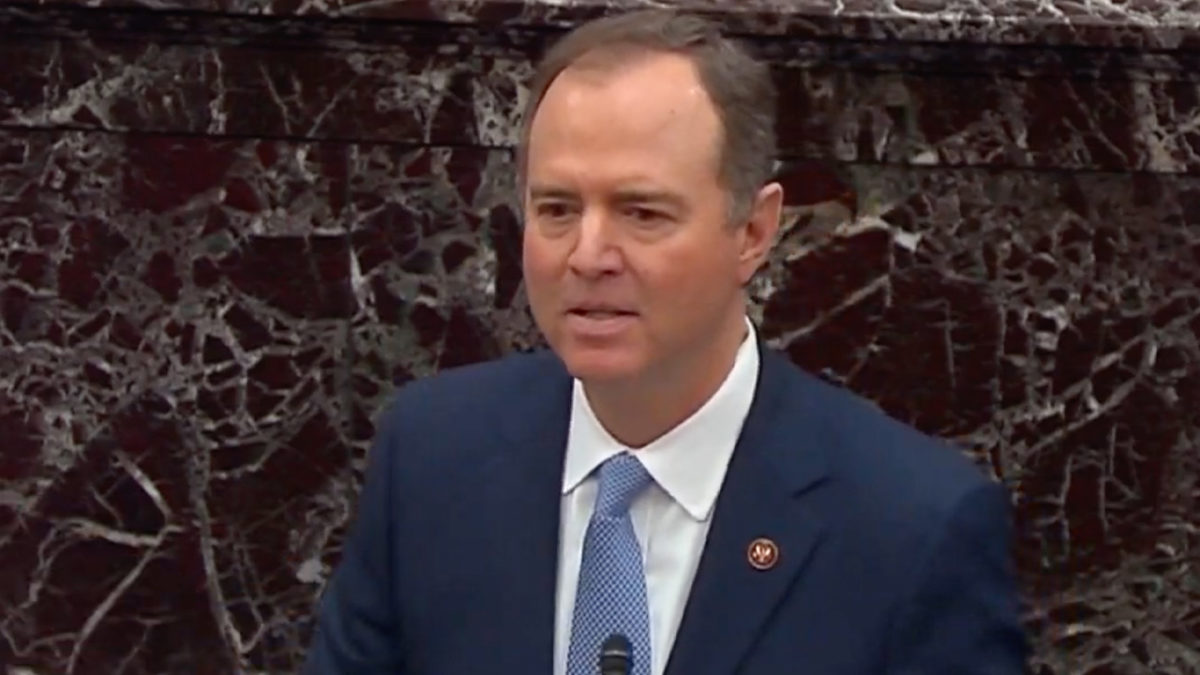 There’s reporting tonight that a comment Congressman Adam Schiff made in his closing arguments during the impeachment trial got a very noticeable reaction from Republican senators in the room.

CBS News reported today that, per a Trump confidant, Republican senators were warned “Vote against the president and your head will be on a pike.”

Schiff references CBS News report that GOP senators were warned that if they vote against Trump, "your head will be on a pike" https://t.co/loj1yQpaew pic.twitter.com/dtsvGP2uh2

Schiff invoked this reporting earlier tonight (video above), and said while he doesn’t know if the reporting’s true, “I was struck by the irony.”

As he spoke, there was an unclear response in the chamber that, per multiple reports, was some Republican senators — particularly Susan Collins — saying it was “not true”:

“That’s not true,” Susan Collins said several times on the floor, shaking her head when Schiff cited a news report saying WH warned senators that a vote against Trump means “your head will be on a pike.” Risch also said aloud: “That’s not true.” Cotton laughed when Schiff said it

Witnessed this in real time. A number of Republican senators looked visibly angry and whispered to each other right after Rep Schiff cited a CBS report that Republicans’ heads would be on a “pike” if they voted to remove President Trump. https://t.co/5mE9KgIYaG

"That's not true," Sen. Susan Collins, R-Me., could be heard saying, along with several other senators.
Collins shook her head in disapproval.
Sen. Tom Cotton, R-Ark., laughed at the remark, pulled out his fidget spinner, and started twirling it.

Some Republicans made it clear to reporters afterwards they weren’t happy with Schiff:

Murkowski & other Rs not happy with Schiff citing CBS “head on a pike” story:

“Head on a pike … that’s where he lost me. I think he did fine until he overreached” – @lisamurkowski

Sen. Lankford seized on Schiff talking about the CBS News story that Republicans were told their head would be on a pike. "Its insulting and demeaning to everyone to say…the president has threatened us"

.@SenJohnBarrasso said the remark “offended every Republican senator,” and that it proves Schiff isn’t being honest.

.@SenSherrodBrown says GOP colleagues do fear the president, notes their audible response to Schiff’s “head on a pike” comment was the only time they responded to anything. “They doth protest too much.”