NY Times Editorial Board Dragged By Liberals for Telling Biden ‘Ease Up on the Executive Actions, Joe’ 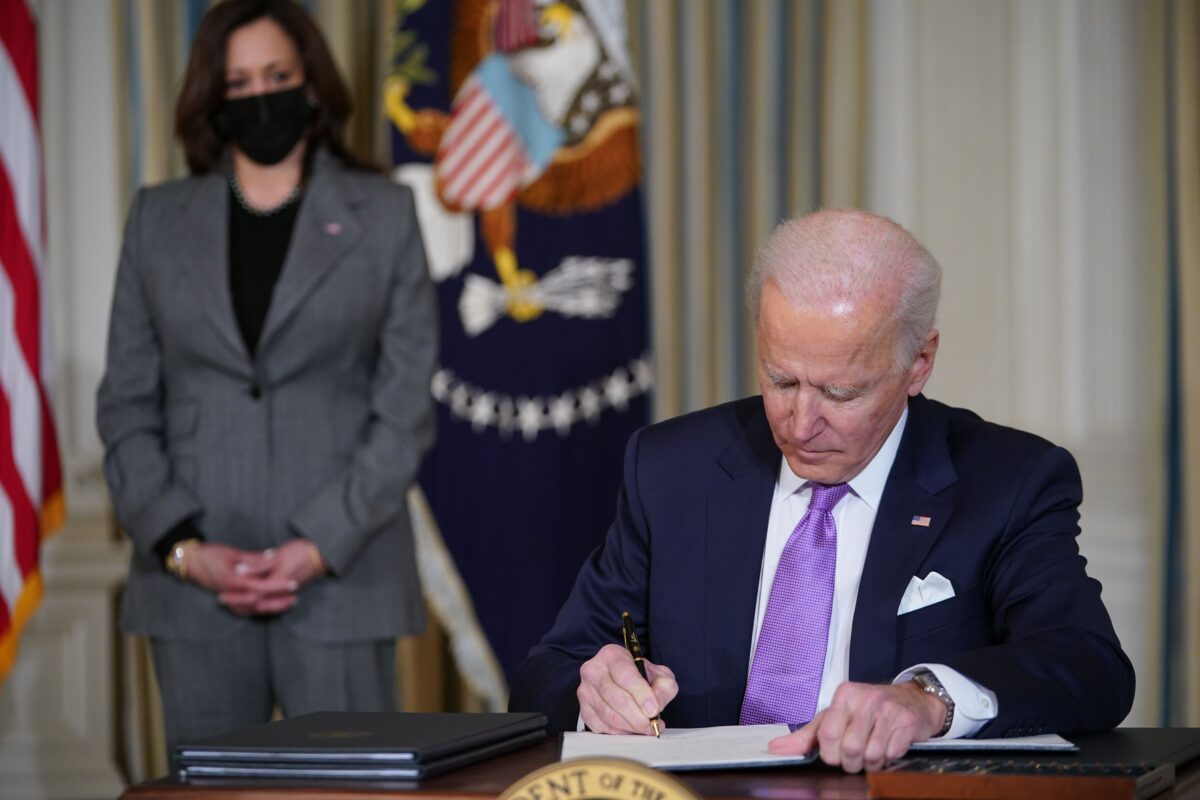 The New York Times sparked instant backlash with an editorial board piece criticizing President Joe Biden’s executive orders, the latest in a series of moves by the Gray Lady that have been poorly received by liberal critics of the paper.

After fierce blowback from its coverage of President Biden’s “fancy” Peloton exercise bike, and of his “elitist” Rolex, and for its firing of editor Lauren Wolfe, The New York Times told itself to hold its own beer on Wednesday.

In an impressive trifecta, the paper released an op-ed entitled “Ease Up on the Executive Actions, Joe,” published its umpteen-zillionth article about aggrieved Trump supporters, and one of their reporters tweeted a quote that criticized Biden for his daily public appearances using a teleprompter.

All were poorly-received by a social media audience already weary of the paper’s one-week-old Biden-era coverage.

And the reason for that is that this is edit not interested in presenting a well thought out opinion of PRINCIPLE, nor is it actually trying to PERSUADE anybody to do anything, or even rile up “the choir.”…

It’s just trying to play cowardly both side bullcrap.

The @nytimes ed board just wrote the dumbest shit I have ever seen committed to text. You want to know why elite institutions are utterly failing in the face of a white nationalist insurgence? Look no further. Every braindead DC dysfunction, right here. https://t.co/OxYyqAX31L

Utterly moronic. So ashamed of every decent person involved. Ease Up on the Executive Actions, Joe https://t.co/N1QbeU2nIf

GUYS, they did it again…. https://t.co/SydU0kbEQH

When will we stop profiling these morons? We’ve learned nothing new about them othe than they’re morons.

DO you just drink bleach or is this intentionally so awful and stupid https://t.co/5FL9kzLxWq

Honestly at a loss for how much more “the news” needs to do to prove to some of you all that they are paid by the MSM owners to be GOP propagandists, not get ratings/clicks. After past 5 years, one week into Biden Admin, & MSM is going with the teleprompter lie already, again. https://t.co/mEa0t21MNs

You have to be fcking kidding me. https://t.co/zIXjiAqqtg

“For Trump’s Aggrieved Defenders, This Impeachment Confirms Everything.” https://t.co/gFP2PK2Vti

For whom is this journalism still being made? Who is the audience at this point? The implied reader? Hearing once again that these people believe what is false— who does that inform?

Fun fact: New York Times editorial page had the same advice for FDR about the New Deal. Slow down, study more, don’t do so much so fast. https://t.co/TQaFo10E7W

This is the journalistic equivalent of a beauty queen wishing for world peace.https://t.co/tHIeyUk36l

The NYT is not fit to line the cat box these days.https://t.co/CgyKWkg7Eg

I don’t think anyone on the NYT editorial board is actually this moronic. I think they write this stuff because they think they’re supposed to because they are Very Serious People and Not Dirty Hippies. Which is even more inexcusable, btw. https://t.co/VhEYY9v5I6

The exercise of merely counting executive orders seems silly to me. Nearly each one of these EOs mentioned is a response, usually elimination, of an executive action. Which of these, on merit, they oppose (prob none) or believe should be be statute (DACA)? https://t.co/kQGqnTfEqD pic.twitter.com/q0cE7mbQiB

How come you don’t interview how dehumanizing the Muslim ban was? Why humanize people who hate us? https://t.co/gOys4lPbiR

MSNBC’s Chris Hayes did chime in to defend the Trump supporter article, writing “I get why people are annoyed by this beat, but IMHO it’s documenting what continues to be a central fact about American politics!”

I get why people are annoyed by this beat, but IMHO it’s documenting what continues to be a central fact about American politics! https://t.co/voI4yknGyb

they are ignoring millions of americans in order to do this. they squeeze out coverage of clinton and biden voters. hell, they didn’t cover obama voters like this and they elected the first black president.

I dunno, we’re entering Year Six of these Trump Voter stories. virtually none of them even hint at the dark undercurrents in play. they’re always just hard-working folks.

Beyond the concerning number of these profiles, they seems to (1) be done at the expense of reporting on the voters who, twice, didn’t vote for Trump and (2) it’s framed as an attempt to understand their motivations. We know their motivations!

The first week of the Biden administration has been rough for some in the political media looking to replace the content hole left by the end of the previous one. And there are many more weeks to come.