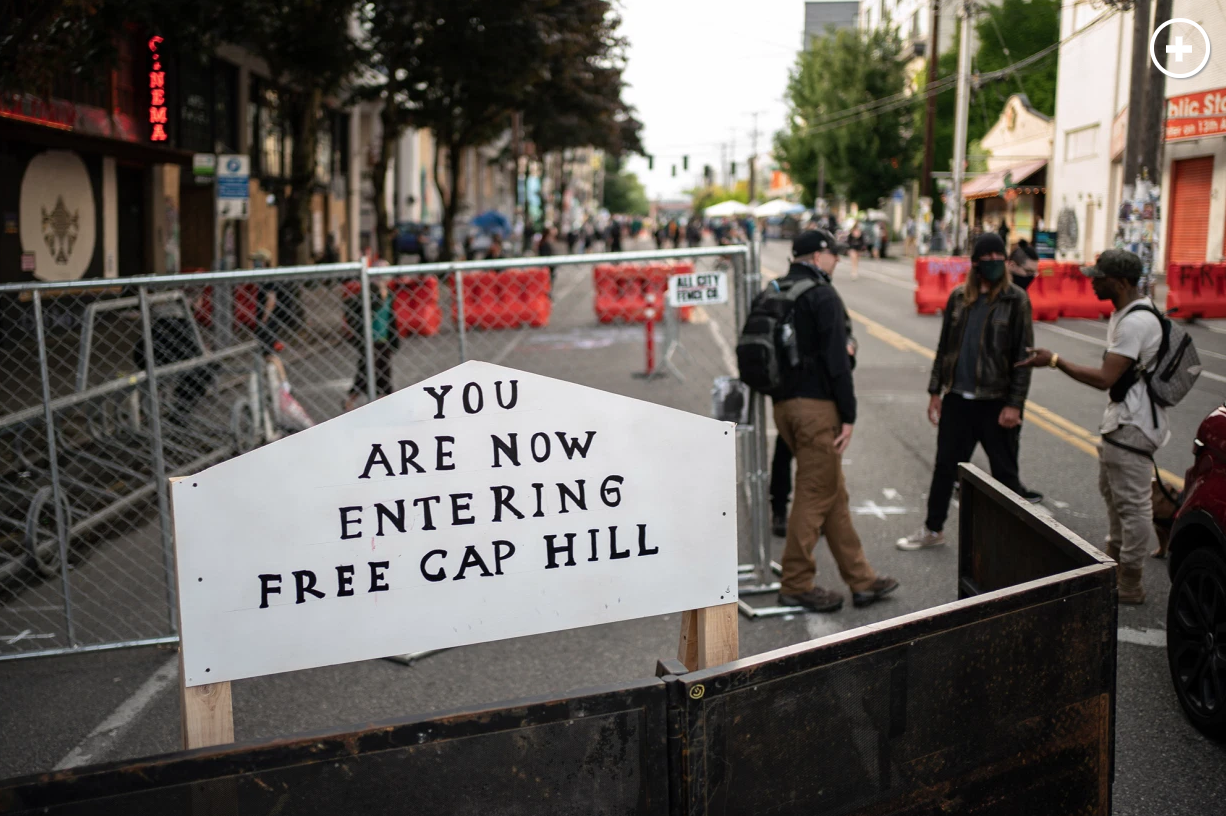 The New York Times on Thursday praised a police-free area of Seattle taken over by protesters as a “liberated … homeland for racial justice.”

“Facing a growing backlash over its dispersal tactics in the aftermath of George Floyd’s death in Minneapolis, the Seattle Police Department this week offered a concession: Officers would abandon their precinct, board up the windows and let the protesters have free rein outside,” Times correspondent Mike Baker wrote, describing the area now known as the “Capitol Hill Autonomous Zone,” or CHAZ.

After police abandoned the East Precinct, protesters on June 8 “reversed the barricades to shield the liberated streets and laid claim to several city blocks,” Baker noted, referring to the scene as “part street festival, part commune” and as “a homeland for racial justice.”

President Donald Trump on Wednesday expressed his dismay on Twitter, writing, “‘Domestic Terrorists have taken over Seattle, run by Radical Left Democrats, of course. LAW & ORDER!’’ In another tweet directed at Mayor Jenny Durkan and Gov. Jay Inslee — both Democrats — he demanded leaders “take back your city NOW.”

“A man who is totally incapable of governing should stay out of Washington state’s business. ‘Stoop’ tweeting,” Inslee replied.

A man who is totally incapable of governing should stay out of Washington state’s business. “Stoop” tweeting. https://t.co/O6i04qmZ9v

Asked for details in a Thursday interview on Fox News, White House Spokesperson Kayleigh McEnany said, “The president’s message is that he will secure the streets in this country,” but added, “his first preference is always local leaders doing their job, mayors doing their job, governor doing their job, as they’re supposed to do.”

Baker noted that protesters are coalescing around demands that include defunding the police, funding “community health,” and dropping criminal charges against protesters. His column drew attention from Sen. Ted Cruz (R-TX), who wrote that the situation in Seattle amounts to “anarchy.”