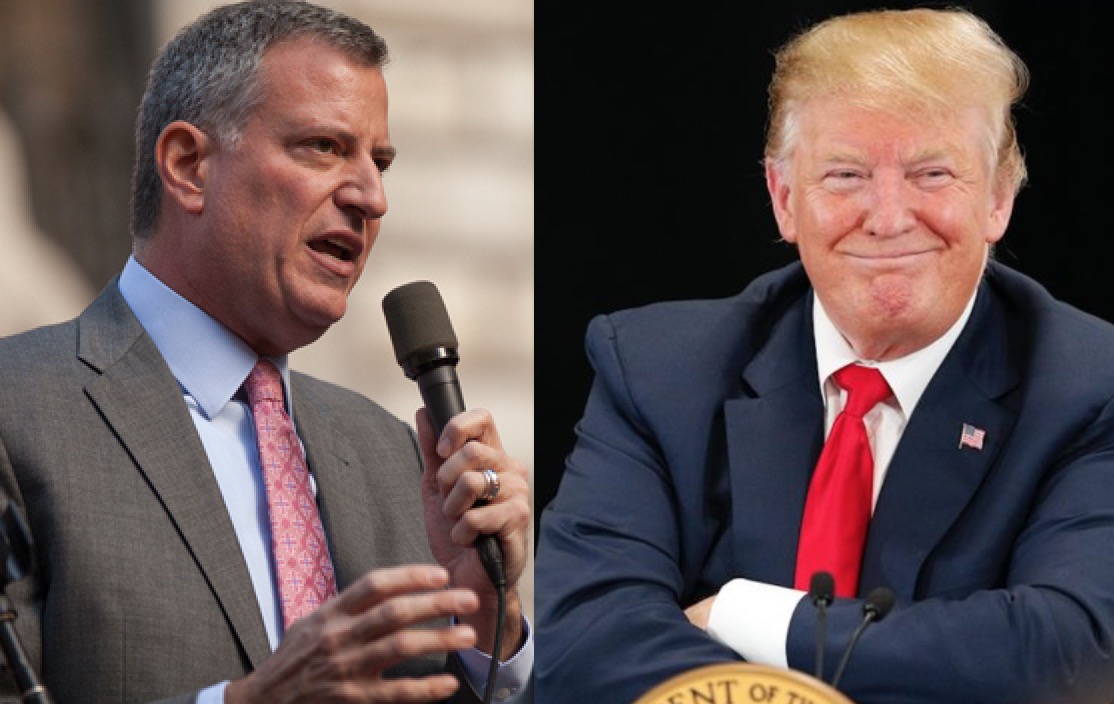 New York City Mayor Bill de Blasio’s presidential campaign has gotten off to a rough start, perhaps best evidenced by a recent CNN-Des Moines Register poll of Iowa voters in which he received exactly zero individuals of the 600 polled to voice support.

Things may have gotten worse with a new Siena College poll that makes de Blasio look less popular in New York state than the focus of his campaign derision: President Donald Trump. According to the poll published Monday, de Blasio’s approval rating in the Empire State is 29% while Trump’s is at 34%.

What makes these de Blasio polling numbers next to Trump even more embarrassing is that the NYC mayor opened his presidential bid by going right after President Trump, coining the odd moniker “Con Don,” which has not caught on. Going after Trump only opened up criticism from the President and his minions, which seemed to only draw negative attention to the embattled mayor.

It’s definitely worth noting that New York City has a very different demographic and political makeup than the balance of New York state, much of which is more in line with a typically red state. That said, the massive population of New York city often more than makes up for that, which consistently has New York defined as a deep blue state in which Democratic presidential candidates can comfortably rely upon. The state has gone blue in the last eight elections.

Mr. de Blasio is not very popular in the city that he currently manages. While the economy continues to be strong, and the crime right continues to be very low, and the quality of life in New York City is bringing in record tourism levels, de Blasio popularity status has remained remarkably elusive in the city he oversees.