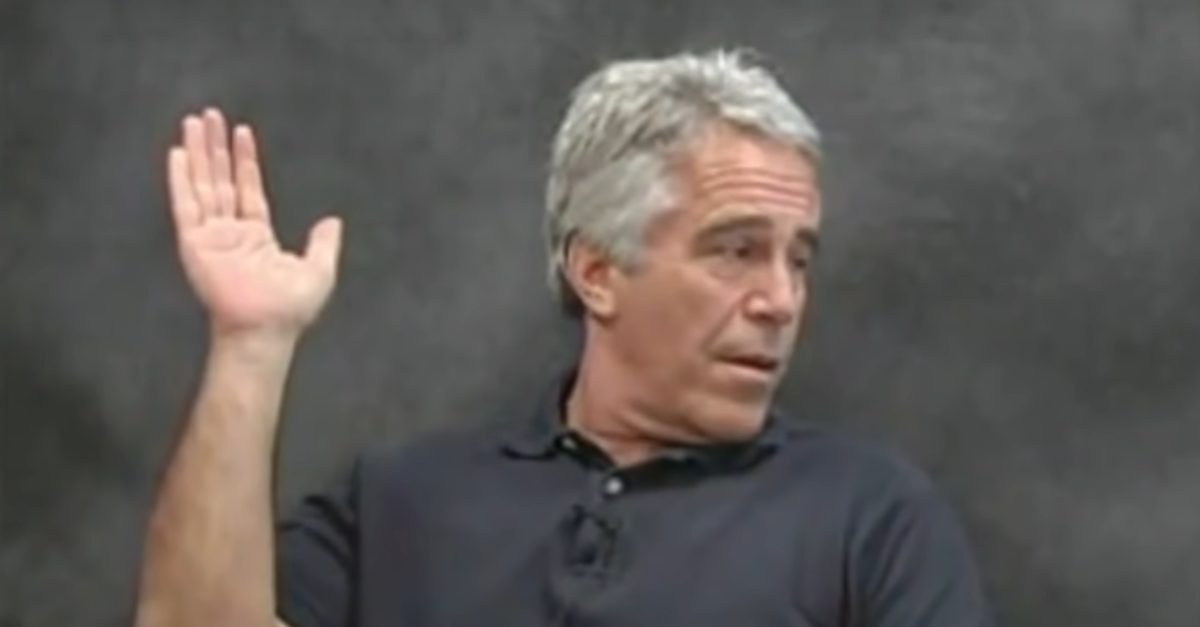 Almost exactly one year ago, New York Times business columnist James B. Stewart conducted a wide-ranging interview with Jeffrey Epstein in his New York mansion, where the convicted sex offender claimed to still be having dinner parties with the likes of Woody Allen and Steve Bannon, implied that he knew damaging information about numerous public figures and Silicon Valley executives, and argued that “criminalizing sex with teens was a cultural aberration.”

According to the just published New York Times interview, Epstein, in an “on background” conversation, said that he was advising Tesla’s Elon Musk about his search for a new chairman for his company. (Both Musk and Tesla have denied this.) But Stewart reported that the 90-minute interview soon ranged far beyond that initial reason for the interview. And from the moment Stewart entered Epstein’s Upper East Side home, he said he got a creepy vibe.

“After I rang, the door was opened by a young woman, her blond hair pulled back in a chignon, who greeted me with what sounded like an Eastern European accent,” Stewart recalled. “I can’t say how old she was, but my guess would be late teens or perhaps 20. Given Mr. Epstein’s past, this struck me as far too close to the line.”

During his visit, Stewart noted that Epstein also had arrayed his home with many photos of himself with famous public figures like Saudi Crown Prince Mohammed bin Salman, Woody Allen, and former President Bill Clinton. Again, Stewart found the signal sent to be disconcerting. “Displaying photos of celebrities who had been caught up in sex scandals of their own also struck me as odd,” he recalled.

Though Epstein didn’t end up divulging much about his alleged work with Tesla, he did expound on his beliefs about the sexual mores of modern society.

“He was more at ease discussing his interest in young women,” Stewart reported. “He said that criminalizing sex with teenage girls was a cultural aberration and that at times in history it was perfectly acceptable. He pointed out that homosexuality had long been considered a crime and was still punishable by death in some parts of the world.”

After the interview, Stewart said Epstein reached out to him several more times in the intervening months before his death. At first, Epstein called to invite Stewart to two different dinner parties, where the supposed guests included Allen, author Michael Wolff, and former Breitbart chief and Trump White House adviser Steve Bannon. (Bannon denies going and Stewart cannot verify whether Wolff or Allen attended.) Later, Epstein tried to convince Stewart to write his official biography, an offer that Stewart declined.

“That was the last I heard from him,” Stewart concludes. “After his arrest and suicide, I’m left to wonder: What might he have told me?”