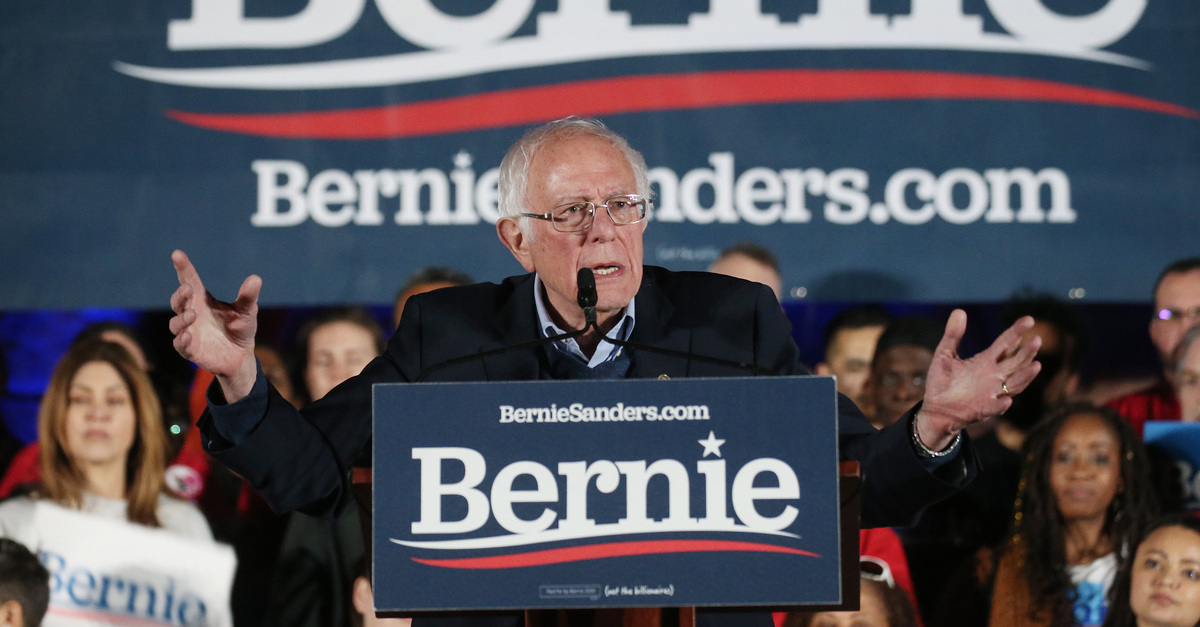 The New York Times released a deep-dive into what Democratic superdelegates and establishment leaders are thinking ahead of Super Tuesday and found that there is significant hesitation in putting up Sen. Bernie Sanders (I-VT) as the Democratic candidate — if he does not garner the majority of delegates.

In a series of interviews, The Times found that Democratic officials at both national and states levels are weary about potential “splintered primaries on Super Tuesday and beyond, where the liberal Mr. Sanders edges out moderate candidates who collectively win more votes.”

Dozens of interviews with Democratic establishment leaders this week show that they are not just worried about Mr. Sanders’s candidacy, but are also willing to risk intraparty damage to stop his nomination at the national convention in July if they get the chance. Since Mr. Sanders’s victory in Nevada’s caucuses on Saturday, The Times has interviewed 93 party officials — all of them superdelegates, who could have a say on the nominee at the convention — and found overwhelming opposition to handing the Vermont senator the nomination if he arrived with the most delegates but fell short of a majority.

The report continues to layout the potential scenario where there is a “brokered convention” that leaves a frayed Democratic party with the question about who their ticket leader will be.

A series of Democratic chairs and superdelegates lambasted Sanders, such as William Owen, a D.N.C. member from Tennessee, who told the Times, “this election is about saving the American experiment as a republic.”

“People are worried,” said former Connecticut Senator and Democratic National Committee chairman Chris Dodd, “How you can spend four or five months hoping you don’t have to put a bumper sticker from that guy on your car.”

Read the full report from The Times, here.