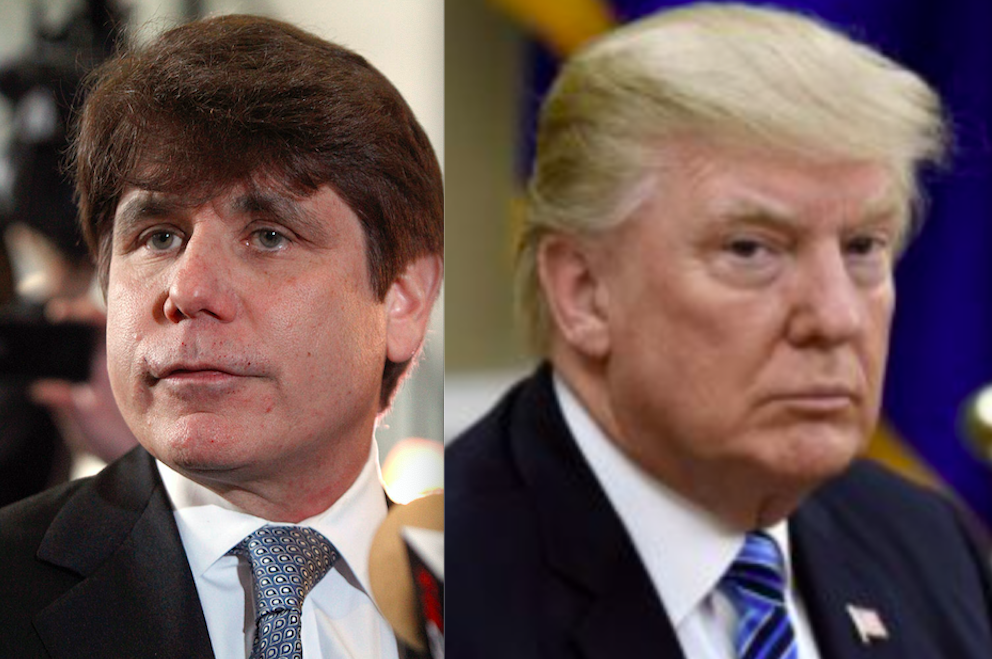 President Donald Trump is reportedly mulling the commutation of the 14-year sentence of former Illinois Governor — and former Celebrity Apprentice contestant — Rod Blagojevich, who was convicted in 2011 of 17 federal corruption charges after trying to sell off the appointment to the vacated Senate seat of newly-elected President Barack Obama.

According to new report in the New York Times, Trump told reporters aboard Air Force One on his return from visiting with victims of the El Paso mass shooting that Blagojevich’s crimes were minor transgressions and that “many” politicians have done the same thing.

“I thought he was treated unbelievably unfairly; he was given close to 18 years in prison,” Trump told the Times. “And a lot of people thought it was unfair, like a lot of other things — and it was the same gang, the Comey gang and all these sleazebags that did it. And his name is Rod Blagojevich. And I’m thinking about commuting his sentence.”

Blagojevich was infamously caught on tape boldly discussing his plans to essentially auction off the Senate appointment to the highest bidder. “I’ve got this thing and it’s fucking golden,” he was recorded saying on government wiretaps. “I’m not giving it up” without getting something substantial in return.

In 2010, while awaiting sentencing, Blagojevich appeared on season nine of Celebrity Apprentice. Trump ultimately fired him when he couldn’t verify the research he’d done on facts about Harry Potter.

Per two anonymous sources, the Times reported that the suggestion to pardon Blagojevich came from the president’s son-in-law, Jared Kushner, who apparently counseled that commuting the former governor’s conviction would appeal to Democrats. Blagojevich’s wife, Patti, has also appeared on Fox News to publicly plead the case for freeing her husband from prison.