Alexandria Ocasio-Cortez Cries on After Changing Vote on Iron Dome 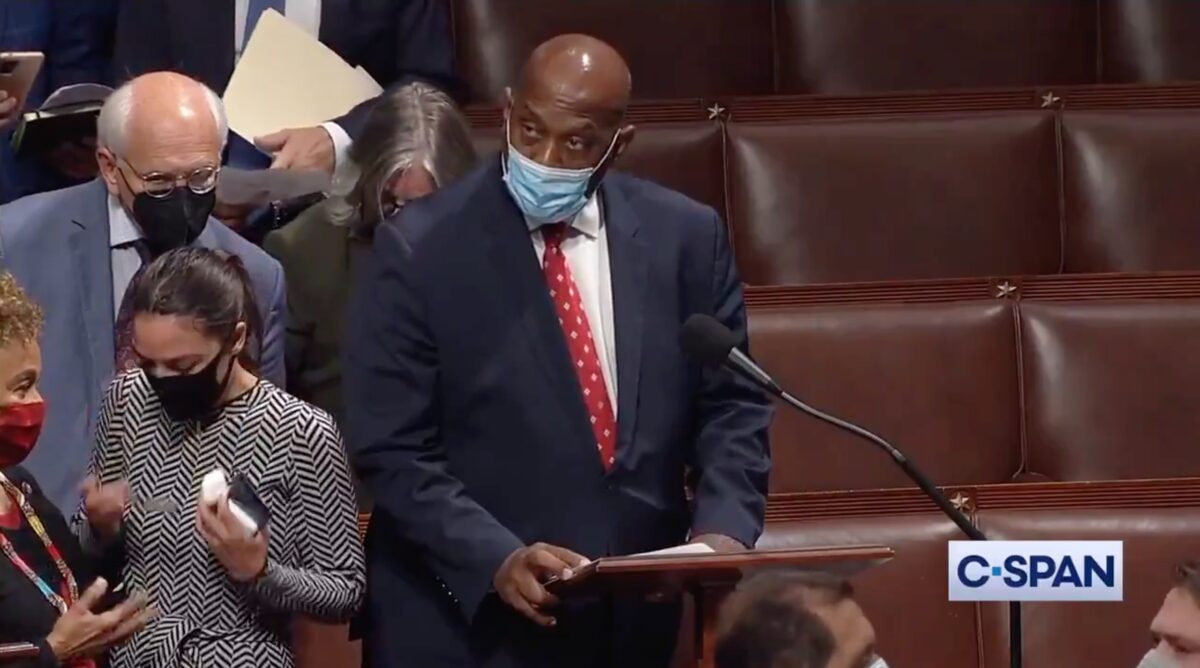 Rep. Alexandria Ocasio-Cortez purportedly broke down in tears on Thursday after changing her vote on American funding for Israel’s “Iron Dome.”

The vote was on a proposal to contribute $1 billion toward helping Israel to replace missile interceptors damaged by its conflict with the Palestinians in May. Lawmakers overwhelmingly supported the measure, passing it by a vote of 420-9. Ocasio-Cortez originally voted against it, but changed her vote to “present.”

“AOC seems distraught,” Punchbowl News founder Jake Sherman noted shortly after the vote. “She is in the middle of the House floor wiping away tears, crying into her colleagues’ shoulders.”

AOC appears to be crying on the House floor after she changed her vote from “no” to present, during voting on funding to replenish Israel’s Iron Dome Defense Systems. pic.twitter.com/DbcRemtdqY

AOC seems distraught. She is in the middle of the house floor wiping away tears, crying into her colleagues shoulders. https://t.co/ami3Cj44EP

Why is @AOC crying?

Because Jewish and Christian women and children won’t shake in terror as unguided rockets rain down on their homes and schools. https://t.co/SBQ2WWLibV
— Josh Mandel (@JoshMandelOhio) September 23, 2021

C-SPAN footage showed Ocasio-Cortez removing her glasses as she stopped to embrace Rep. Barbara Lee (D-CA) while votes were being tallied.