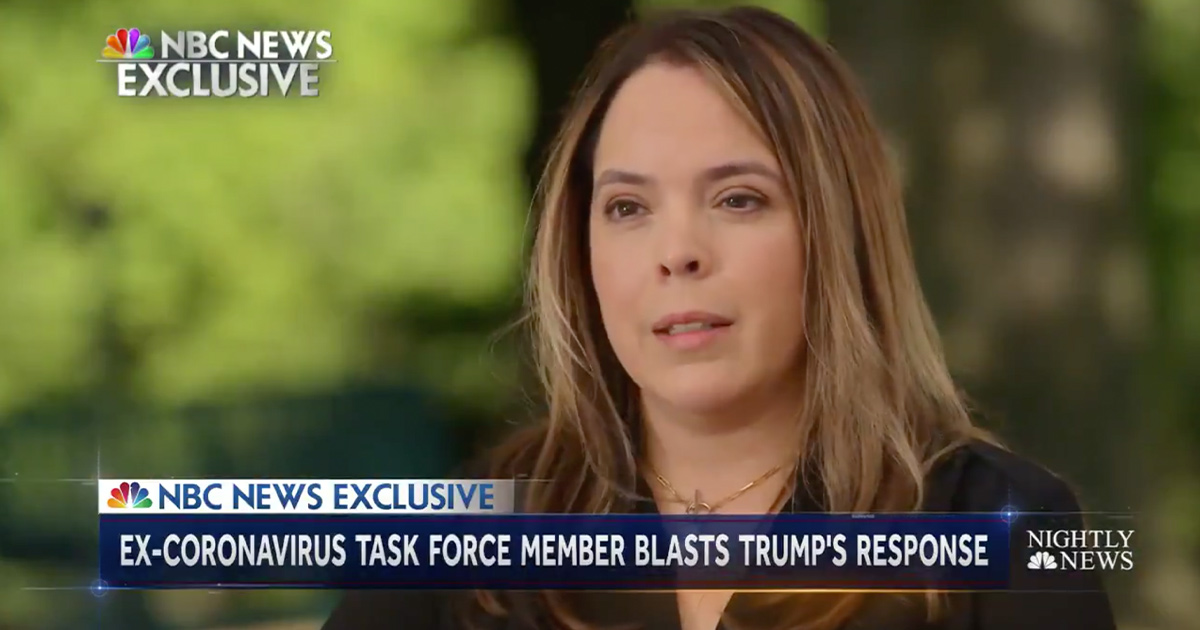 Olivia Troye, the former Mike Pence aide speaking out critically about the Trump administration’s coronavirus response, said staffers who went to the president’s Tulsa rally were “scared” ahead of time.

In her interview with Andrea Mitchell, Troye called out President Donald Trump for his lack of mask-wearing, saying, “This isn’t a political thing. It’s human life and health.”

She brought up the president’s much-criticized Tulsa rally in particular, saying, “I had conversations with staff who were going on that trip who were scared. They were scared for their own well-being.”

Troye also said, “It was embarrassing even to have our country’s leader, in front of the entire world stage, suggesting that people go inject themselves with I believe bleach or cleaners.”

“I have no doubt that his followers or people believe him.”