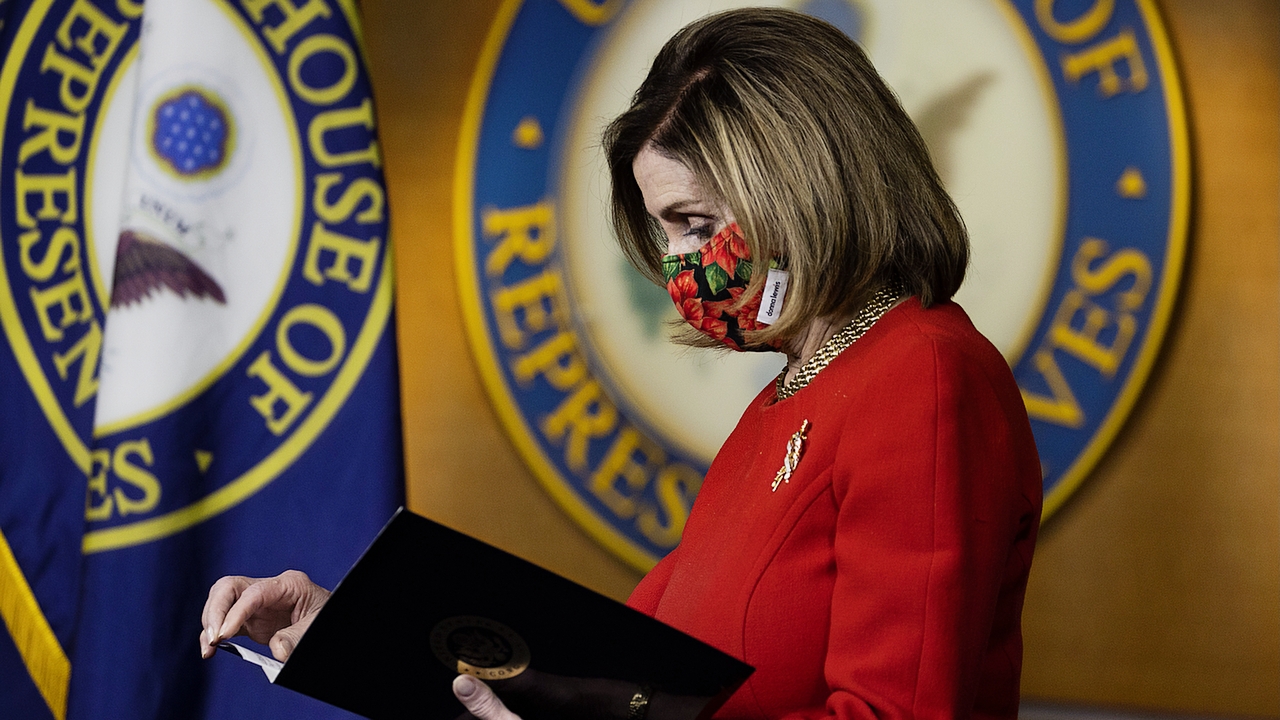 House Speaker Nancy Pelosi (D-CA) is denying former President Donald Trump’s claim that she denied assistance from the National Guard during January’s unrest at the Capitol.

“I definitely gave the number of 10,000 National Guardsmen, and [said] I think you should have 10,000 of the National Guard ready,” Trump said in a Sunday interview with Fox News’ Steve Hilton. “They took that number. From what I understand, they gave it to the people at the Capitol, which is controlled by Pelosi. And I heard they rejected it because they didn’t think it would look good. So, you know, that was a big mistake.”

Responding to a question about the statement, Pelosi spokesman Drew Hammill told The Washington Post, Trump’s claim was “completely made up.”

National Guard troops arrived at the Capitol just before 6 p.m. on the day of the Jan. 6 uprising that led to the deaths of two people, including a Capitol Police officer. Unrest had mostly subsided prior to the Guard’s arrival, and has led to weeks of finger-pointing over the cause of the delay.

Paul Irving, the House sergeant-at arms, and Michael Stenger, the Senate sergeant-at-arms, resigned after the incident. Capitol Police Chief Steven Sund told the Senate last week that he wasn’t aware at the time of an FBI report warning that protesters could bring “war” to Washington.