Pelosi: Trump Insults Officials Because of ‘His Own Insecurity as an Imposter’
video

Pelosi: Trump Insults Officials Because of ‘His Own Insecurity as an Imposter’ 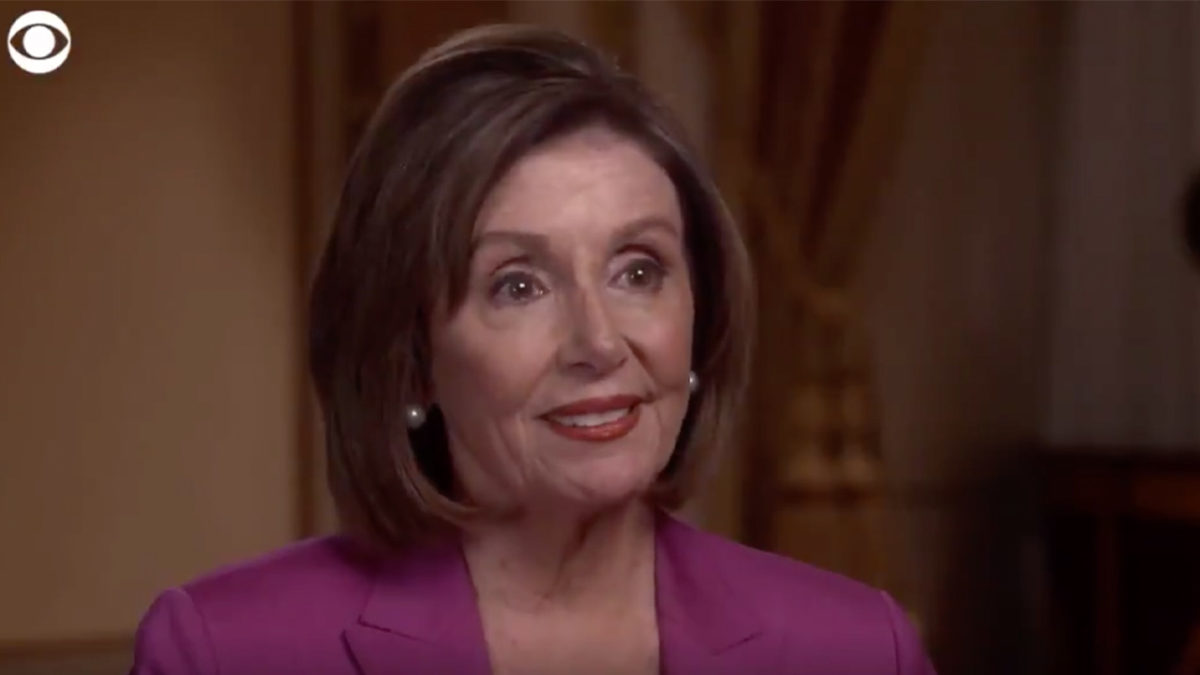 In a preview of her Face the Nation interview Sunday, Pelosi tells Margaret Brennan POTUS “made a mistake” in going after Yovanovitch.

“He made a mistake,” @SpeakerPelosi says on Trump's tweet about Yovanovitch during her testimony. “I think part of it is his own insecurity as an impostor…he knows full well he's in that office way over his head. And so he has to diminish everyone else.” https://t.co/F2Q7vnseuu pic.twitter.com/0FjTmQhz5P

“He knows her strength,” she continued, “and he was trying to undermine it. Of course presidents appoint ambassadors, but people don’t insult people, especially when they’re giving testimony before the Congress of the United States.”

Pelosi said some of Trump’s biggest supporters should recognize it’s wrong. There were some commentators on Fox News today criticizing him on it.

The Speaker said the President’s words matter a lot, even saying at one point his insults illustrate “his own insecurity as an imposter.”

“I think he knows full well that he’s in that office way over his head, and so he has to diminish everyone else,” she added.