A reported 69 vehicles were involved in a brutal chain-reaction pile-up in Virginia this weekend, resulting in several injuries, including some that authorities described as life-threatening. Heavy fog and icy roads were likely the main factors leading to the huge incident on Queen’s Creek bridge.

The crash happened just before 8 a.m. Sunday on I-64 near Williamsburg, Virginia according to police. The highway was shut down for hours while crews worked to clear the incredible pile-up of vehicles.

Local news stations in Virginia carried reports from the scene Sunday night and into Monday morning, two days before Christmas.

Some of the people involved in the crash have since spoken with reporters about it.

The photos really tell the story, a scary one. 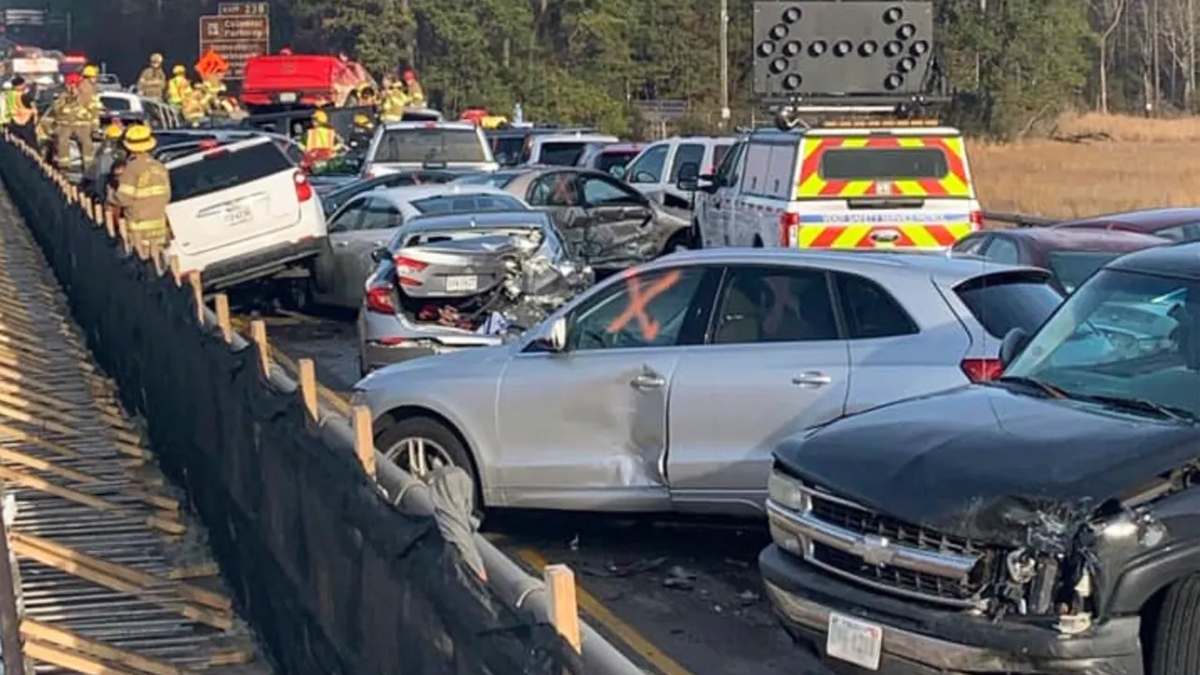 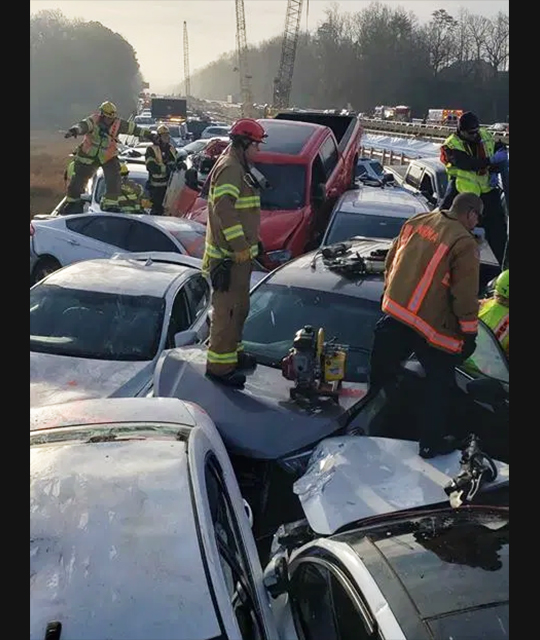 The Facebook photos above are from Ivan Levy, who along with his wife Alena, was involved in the crash and spoke with USA Today about it.

Ivan Levy said he and his wife were driving separately to Williamsburg when thick fog forced him to slow his truck and turn on his hazard lights.

“Next thing I know I see cars just start piling up on top of each other,” he said.

Levy was able to stop in time but got a call from his wife saying she had been in the wreck.

“It was just so scary,” said Alena Levy, who was evaluated at a hospital but was not seriously injured.

A tough spot, one of the busiest driving days of the year, as people are headed home or to family and friends for Christmas. We wish them all the best, and quick recovery.