Politico’s Ben White Gets Dragged For Saying We All Secretly Miss Trump Twitter: ‘You Want Him Tweeting Those Tweets’ 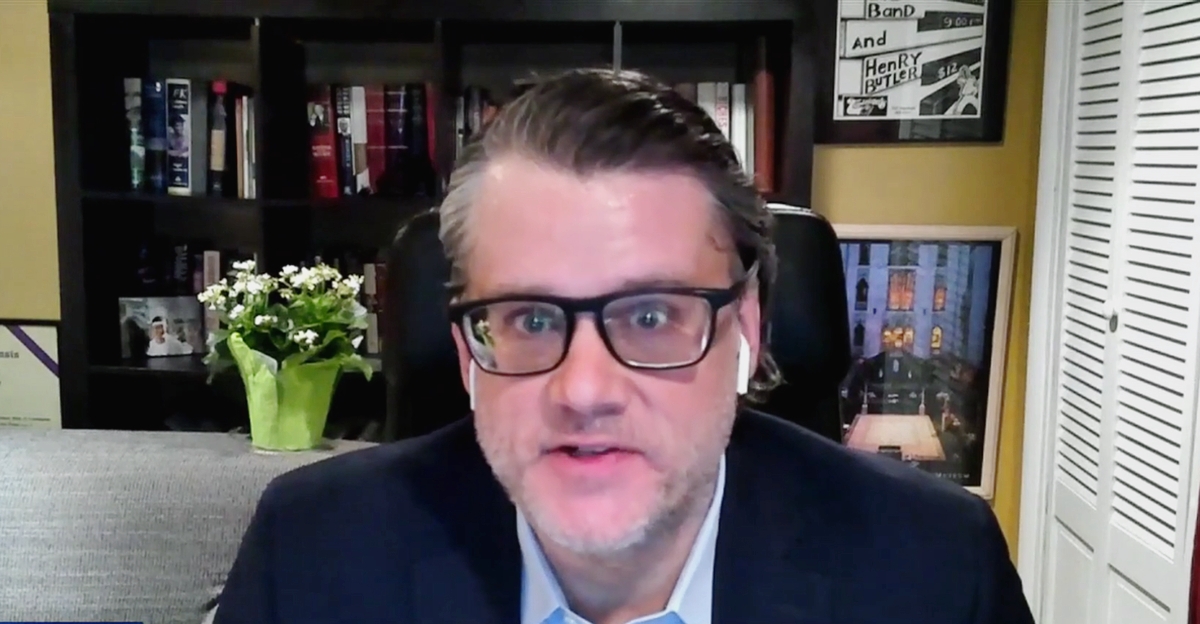 Things started off mildly enough with CNN editor Dan Berman joking “What’s a cocktail party?” and other colleagues registering mildly-expressed agreement/disagreemment or riffing on the premise.

nah. i really don’t. i don’t need that anxiety.

I guess the kind of person who casually references “cocktail parties” and the 20th century people who presumably attend them might believe this, yes.

I got tired of hearing that I couldn’t handle the truth and figured maybe they were right.

That didn’t last long, as White began to take incoming from media, political, celebrity, and other personalities, with White dipping in to engage now and then.

I guess your vibe is what, the naughty bad boy of financial media or something?

Two of my friends are dead, Ben.

I’m sorry, I really can’t say I do. One of these tweets invalidated the honorable service of 15,000 transgender service members. It’s just not a game to me. At all.

If you blow the quote, you don’t get to be sanctimonious about people not knowing it.

The interesting thing is that there’s a subset of people like you who have in their mind that the line is “cocktail parties” and I’m curious what that says about y’all.

Petition for white guys to just not https://t.co/eSPzafXjfF

Man there are so many deeply humorless people on this web site.

FYI to those upset this was a joking reference to this “A Few Good Men” rant from Nicholson. https://t.co/bqdK455Qao https://t.co/e3boSDKM5x

To elaborate a bit – I’m a bit surprised at the fact that Twitter remains interesting, and life on regular and social media is still exciting. I half expected it to leave a hole as you suggest. Turns out, fir me, it’s just less shitty.

If that’s what you think or feel, just say it. But don’t put that shit on other people based on some silly fantasy scenario in your head.

Ben…you have lost your frigging mind.

Too. Soon. Dude. I’m burying my sixth relative this year.

Maybe your joke was bad

Ben, respectfully, it’s not even a faithful reference to the quote itself, which is partly why it fell flat. “You need him… you *want* him…” would be the cadence. But even so, it’s just not funny in light of how awful Trump was to marginalize folks. You have to get that.

“You had me at MAGA”

DUDE I WAS QUOTING A FILM ERGO THIS IS HILARIOUS YOU HUMORLESS PRICKS ::flounceslam::

But see, here’s the thing: terrible media coverage is one of the reasons Trump got elected in the first place. So much of the damage done in the past four years had been the result of people in media going, “Yes, but it’s exciting!”

Speak for yourself and your deep down places.

Trump was suspended from Twitter for inciting a violent insurrection that resulted in 5 deaths, and for fear he would incite more violence. Read the room.