Poll: Trump and Nixon Only Presidents Viewed Unfavorably by Majority of Americans, Lincoln Most Popular 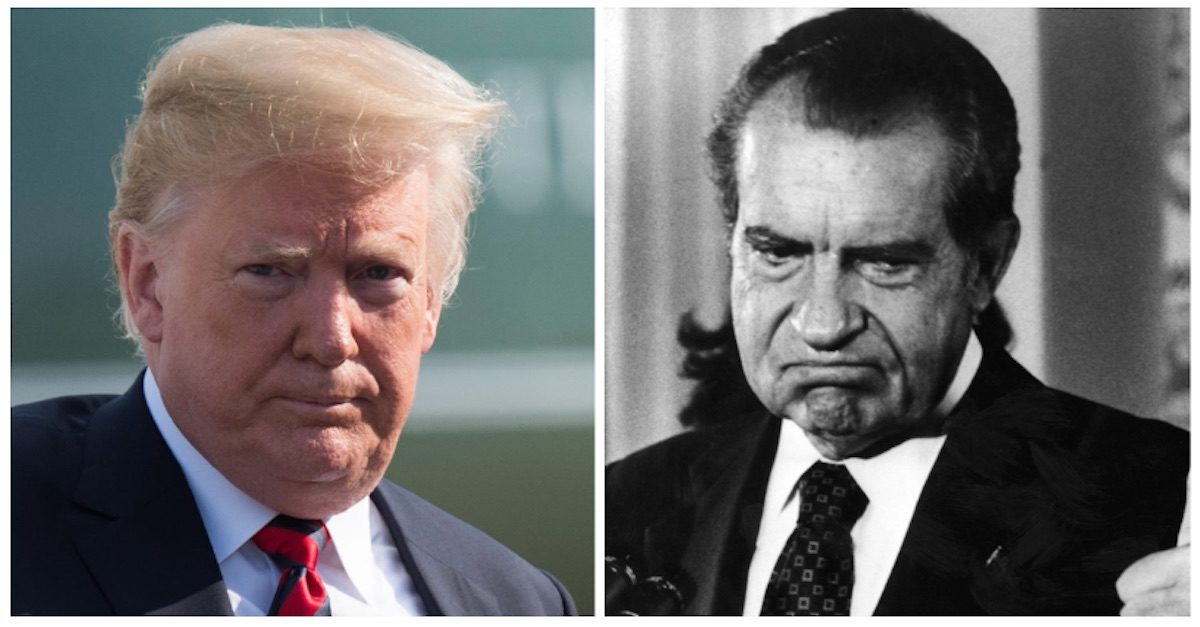 Lincoln is one of 10 presidents a majority of Americans regard very or somewhat favorably, while two presidents notched majority unfavorable ratings: Richard Nixon and Donald Trump.

Nixon, of course, is the only president to resign from the job, having been disgraced by Watergate and his subsequent attempts to cover it up. Even worse, his actions birthed an ongoing decades-long meme whereby political pundits feel compelled to add the suffix “-gate” to every political scandal. He is viewed unfavorably by 57% of Americans. On the other hand, 50% of Republicans view Nixon favorably.

For Trump, 54% of Americans view him unfavorably, with 47% saying they have a very unfavorable opinion of him, which could be problematic if the 45th president decides to run for a second, nonconsecutive term in 2024.

As for the moment you’ve all been waiting for – the numbers for Chester A. Arthur – a whopping 48% said they have no opinion of his time in office after ascending to the presidency in the wake of James Garfield’s assassination in 1881. Twenty-seven percent said they hadn’t heard of Arthur, which can only mean they didn’t see Die Hard with a Vengeance, where the 21st president is the answer to a riddle posed by baddie Simon Gruber.

Millard Fillmore also suffers from a dearth of recognition among the populace, with 21% saying they have not heard of him. He is not to be confused with the comic strip character Mallard Fillmore, who quite possibly is more recognizable than the 13th president.

Meanwhile, Barack Obama is the most popular president among Democrats, as 70% have a very favorable view and 19% have a somewhat favorable view of him.

Notably, 14% of Americans have an unfavorable view of the presidency of William Henry Harrison, which lasted just 31 days before he died. Talk about a tough crowd.