Preet Bharara Under Fire for Tweeting He’s ‘Tired of Subsidizing Kentucky’: ‘Sh*tposting From the Home of Wall Street’ 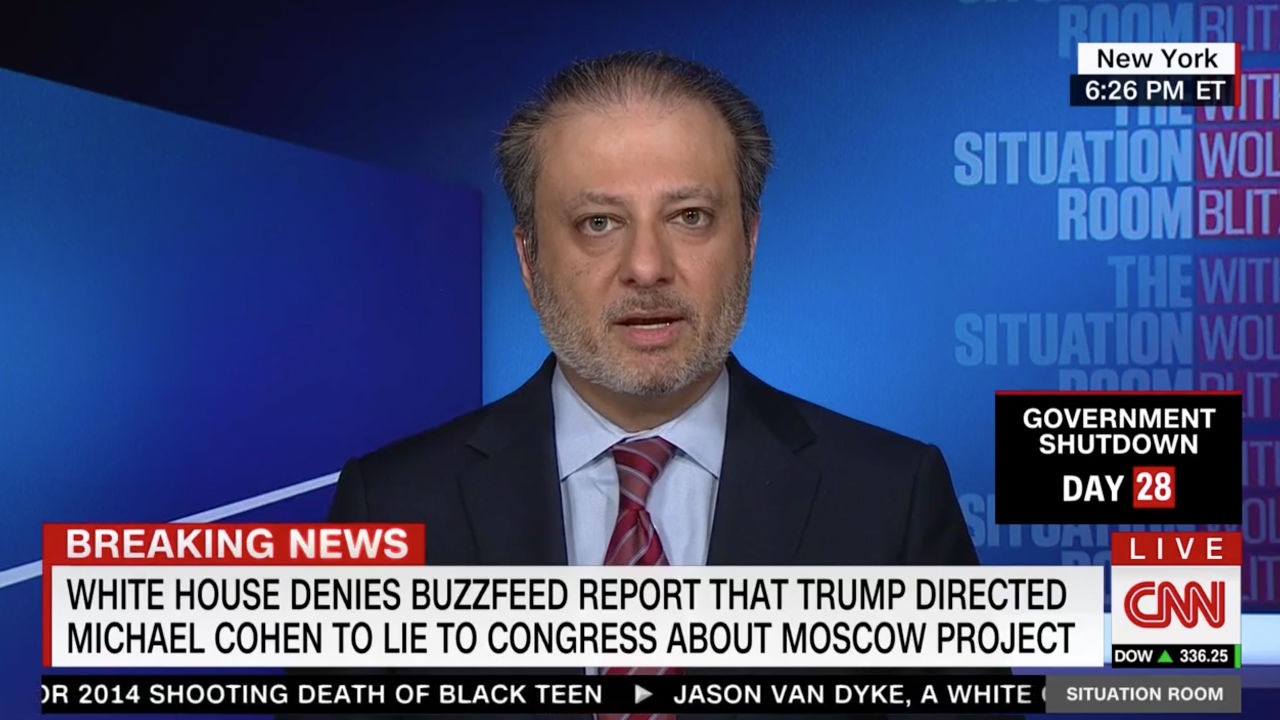 Former Southern District of New York attorney Preet Bharara is being called out on Twitter for a tweet in which he said he is “sick and tired of subsidizing Kentucky.”

The ex-federal prosecutor, who made scores of appearances on CNN leading up to the impeachment trial of President Donald Trump, made the comment amid the controversy over remarks from Senate Majority Leader Mitch McConnell (R-KY) — who said last week he would rather states file for Bankruptcy, rather than provide a large relief package to fund state and local governments. (President Donald Trump has also picked up on this theme, questioning — in a Monday tweet — why “poorly run” states should be bailed out.)

Bharara, in response, directed his ire on McConnell’s constituents.

I too am sick and tired of subsidizing Kentucky

After being called out for training his outrage on Kentucky citizens rather than Mitch McConnell, Bharara doubled down.

I’m as magnanimous as ever but if Kentucky’s most powerful politician will callously deny New York in its direst hour of need, then there needs to be a severe calibration. Severe.

Matt Jones, a prominent talk show host in Kentucky — who recently authored a New York Times bestselling book denouncing McConnell, and flirted heavily with running against the majority leader in the fall — ripped Bharara for his remarks.

“If you ever want to know why people in Kentucky don’t trust National Democrats and vote against them, quotes like this are proof positive,” Jones wrote.

If you ever want to know why people in Kentucky don’t trust National Democrats and vote against them, quotes like this are proof positive

I too am sick and tired of trying to defend self-righteous, elitist national Democrats https://t.co/cYDh7F0eja

Kentucky elected Democratic Gov. Andy Beshear last November, but has not voted for a Democratic Senator since 1994, and has not gone blue in the presidential election since 1996.

The people of Kentucky need and deserve our help. We are one nation.

We should be eager to fight poverty, disease, and a lack of opportunity wherever it exists– from the streets of New York and Chicago to the small towns in middle America and the hollers of Appalachia. https://t.co/xNyjH4AsM3

this is not it https://t.co/IqlvZHEgG6

Mitch McConnell is horrible and his “blue state bailout” comments were awful — but shitposting from the home of Wall Street about one of the poorest states in the country is not a good look https://t.co/ZpvEZxb62l

I’m not. I love the Bluegrass State.

It’s where I made lifelong friends.

It’s where I fell in love for the first time.

I’m always ready to fight for someone I don’t know. https://t.co/xRP9eClBjo

One for the history books. https://t.co/Q8alHZFvXa

The logic of sanctions — punishing the poor to gain the outcome you want from their leaders — extended to the domestic setting. The logical conclusion of hawkish liberalism. https://t.co/Sia30LLbrK

When I wake to find Kentucky’s making up for a lost NCAA season by dunking on Preet Bharara: pic.twitter.com/JdM8YaSllR

This is elitist shit. The problem isn’t subsidizing Kentucky. We should be helping each other. That’s what a society does. The problem is Mitch McConnell, who is from Kentucky, and that we don’t do enough for people in any state because of people like him. https://t.co/ICv6wp4yMo