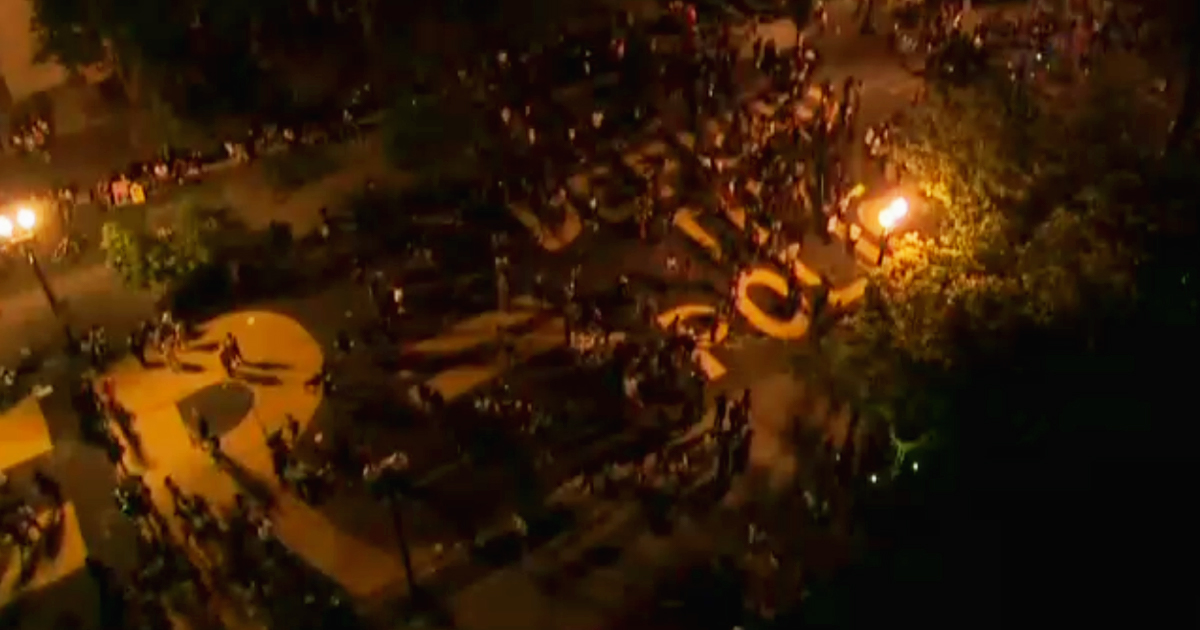 Protesters in Washington, D.C. on Saturday night appended the new “Black Lives Matter” message painted in enormous letters on a city street — which was photographed from space earlier — with the message “= Defund the Police” in equally huge lettering.

The moment was caught on camera, of course.

The scene here on 16th st down the block from the White House. #GeorgeFloydprotests #DCProtests pic.twitter.com/NlPT922QuA

You can also see a view from above in this MSNBC report from Garrett Haake.

Another image shared on Twitter appears to be a similar painted message from a different area of town and earlier in the day.

“This is calling Muriel Bowser to step up and to be about what she says she is about,” John, a protester who helped paint this, told me. #DCProtests pic.twitter.com/Ee6EpZ9Adp