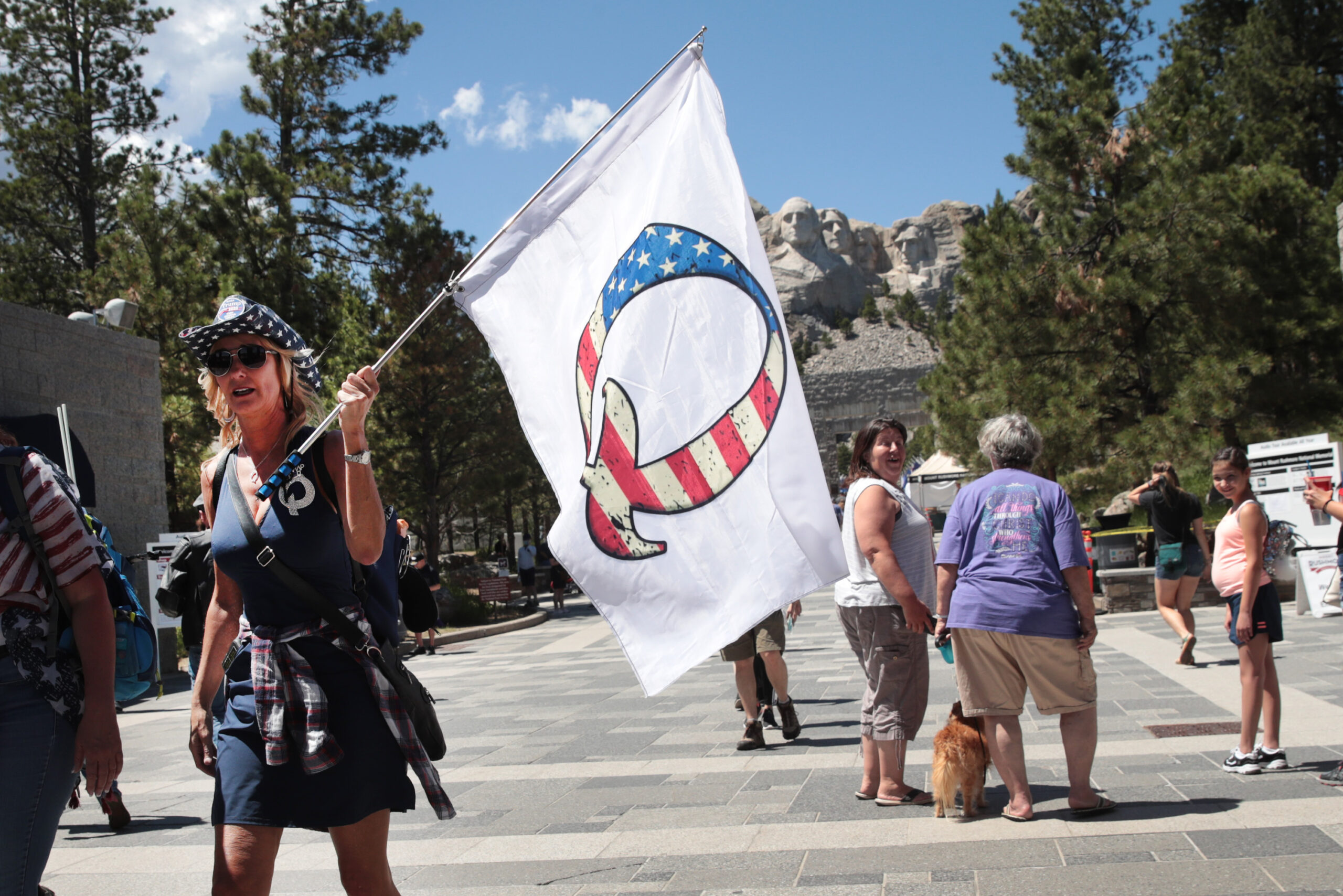 Popular QAnon message board GreatAwakening.win temporarily crashed Wednesday during the inauguration of President Joe Biden, with many believers of the far-right conspiracy divided on what comes next.

QAnon adherents believe that President Donald Trump is leading an effort to crack down on a fictitious Satanic pedophilia ring run by a cabal of high-profile Democrats, celebrities, and religious figures.

Followers of “Q,” who has never been identified, have long stated that sweeping arrests of the believed perpetrators are imminent; this rhetoric ramped up in the months after the election, when false claims spread on social media that Trump would impose martial law before Biden’s inauguration and remain in power.

QAnon conspiracists have often reminded each other to “trust the plan” that “Q” has to bring the alleged cabal to justice — even as the inauguration of Biden and Vice President Kamala Harris drew closer, and no arrests were made.

Many believers expected the Biden presidency to be thwarted at noon on Wednesday. As Biden’s inauguration continued uninterrupted Wednesday, a number of reporters and researchers who track the movement tweeted out nuggets from remarks made by die-hard “Q” followers.

The Daily Beast’s Will Sommer noted that some of the “Anon” and “digital soldiers,” who are believers in the movement, are still convinced that “arrests” are about to begin.

QAnon believers are convinced the arrests about to start right now, with Biden maybe in on the plan himself. The main question they’re grappling with is how regular people will cope with QAnon being proven right. pic.twitter.com/TZq8vMeOQP

The big QAnon thing today is that Trump is only stepping down because the US government as we know it is over, soon to be replaced by a “restored American Republic” that’s also led by Trump. pic.twitter.com/Z1eVC0Ihfu

NBC News reporter Ben Collins spotted some confused QAnon acolytes who are facing the reality that their entire belief system was not grounded in reality.

“Q was a LARP the entire f—ing time.”
“There is no plan.’
“It’s over and nothing makes sense… absolutely nothing…” pic.twitter.com/I2k8C7708m

Yeah, it’s not going well on the Q forums. pic.twitter.com/UCDMEroboh

Moderators on the biggest QAnon forum now banning people who don’t keep the faith after Inauguration. They’re having a hard time enforcing it.

“Can someone explain how this is not over?” reads the top response. pic.twitter.com/8xy2QWrUB2

Other QAnon believers appear to have gotten the hint that the conspiracy theory isn’t panning out as they hoped.

Jared Holt, a research fellow at DFRLabs who has covered the movement, posted an exchange between QAnon believers in which one came to the realization that “none of this was real.”

“We are seeing QAnon followers confront reality at a volume that is notable,” Holt told Mediaite. “This was their last big double-or-nothing bet and they lost it all. I have actually been kinda surprised at the degree in which we are seeing disillusionment in online communities.”

Other adherents resorted to new theories. Media Matters for America researcher Alex Kaplan noted that one user on Telegram claimed that Biden “has been part of QAnon all along.”

The “Biden has been part of QAnon all along” theory has now been shared in another moderately large QAnon Telegram channel. pic.twitter.com/p5J0Yf4JAy

“The more I think about it, I do think it’s very possible that Biden will be the one who pulls the trigger,” the user wrote.

In perhaps the clearest example of QAnon caving to reality, at least for now, misinformation reporter Rachel Greenspan noted that Ron Watkins, who until recently ran 8kun, the online platform where QAnon thrived, posted on Telegram that it’s time to accept Biden as president, and hinting at a “new project” in the works.

Ron Watkins, one of the most powerful figures in the QAnon ecosystem, has accepted Biden’s win.

To his 120K Telegram followers, he said: “We gave it our all. Now we need to keep our chins up and go back to our lives as best we are able.” pic.twitter.com/eTUNyzzDJe

Sommer, of The Daily Beast, also noted that even though the arrest-free inauguration Wednesday didn’t go quite as QAnon followers had hoped, they may find a way to move forward with the movement.

“As the shock wears off, I think a lot of QAnon people are kind of changing,” Sommer told Mediaite. “They’re saying: ‘Maybe the QAnon plan was just too ambitious, and we have to do this ourselves, or maybe we just have to wait for Trump to run again, or our timeline just needs to be longer.'”