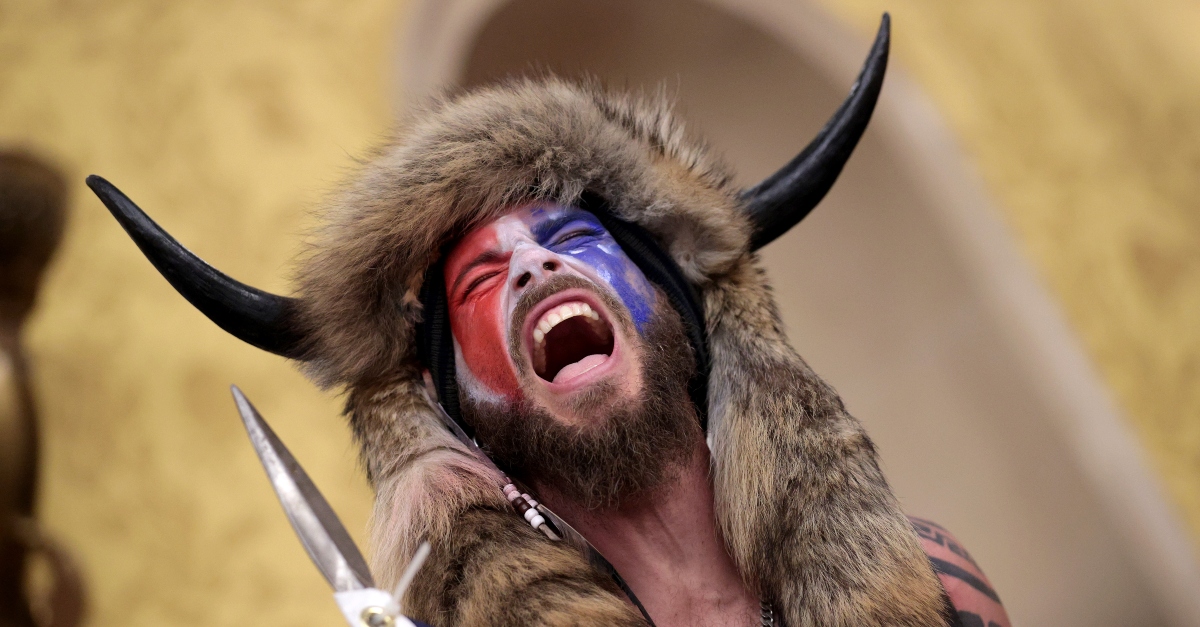 The Missouri-based lawyer representing Jacob Chansley (AKA the “QAnon Shaman”) has offered a highly … unorthodox defense of his client and others who have been charged in connection with the storming of the U.S. Capitol on January 6th.

Attorney Albert Watkins gave an interview to Talking Points Memo as the outlet reported on several of the legal arguments that the alleged Capitol rioters have used to address the federal charges they face. One of the tactics it is widely believed their attorneys will use is the “Trump defense” — the argument that the accused rioters were compelled to violent criminal action because of Donald Trump’s election lies and their belief that they were carrying out the former president’s will.

So far, invoking Trump has not seen a whole lot of success as a legal defense, though TPM noted that the final implications have yet to be determined as hundreds of cases play out. Watkins argued that “legally, these are unprecedented cases,” and as for Trump’s influence, “there is going to necessarily be a legal compulsion to address that reality as part of an evaluation of culpability.”

Watkins also spoke about how charged insurrectionists would reach for mitigating factors in their arguments in order to distinguish them from the Proud Boys or the Oath Keepers. This led to him offering an … unfiltered opinion about the mental capacity of the alleged insurrectionists, including his client.

Watkins, the “Q Shaman” Jacob Chansley’s attorney, said his client had Asperger’s syndrome and indicated that Chansley’s mental state — and the impact of Trump’s “propaganda” efforts — would play a role in his case.

“A lot of these defendants — and I’m going to use this colloquial term, perhaps disrespectfully — but they’re all fucking short-bus people,” Watkins told TPM. “These are people with brain damage, they’re fucking retarded, they’re on the goddamn spectrum.”

“But they’re our brothers, our sisters, our neighbors, our coworkers — they’re part of our country. These aren’t bad people, they don’t have prior criminal history. Fuck, they were subjected to four-plus years of goddamn propaganda the likes of which the world has not seen since fucking Hitler.”