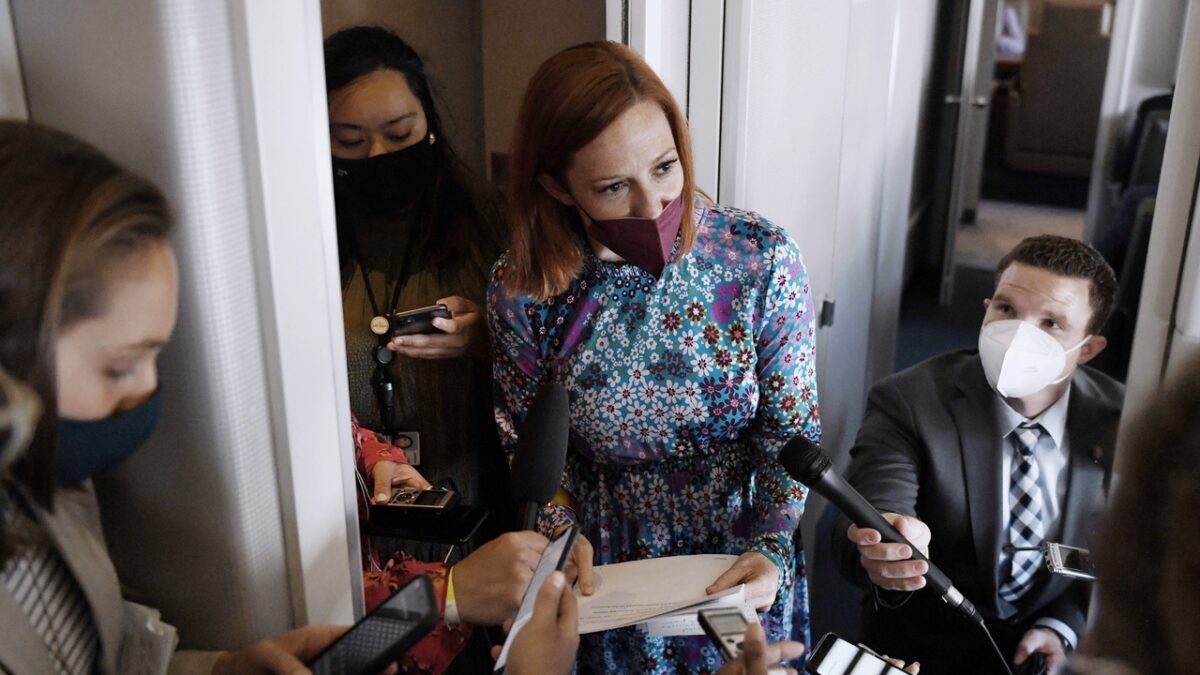 Jen Psaki was asked about President Joe Biden’s reaction to the recently-uncovered Trump campaign memo plotting out how to overturn the election, and whether it is an indication that American democracy is “threatened.”

The memo contains a detailed plan for then-Vice President Mike Pence to overturn the election results. When Psaki briefed reporters aboard Air Force One Tuesday, a reporter asked about Biden’s reaction to the memo, and asked Psaki “Is American democracy threatened?”

Q    Jen, is the President aware and/or concerned about the latest evidence that Trump — Trump’s team was trying, you know, all sorts of ways to overturn the election, and there was very specific new stuff has come out about that.  Is he following this?  Will he just ignore it?

MS. PSAKI:  The President has a few things on his plate, including delivering a major speech to the world — hopefully turning the page from the last four years — that he delivered this morning, which I think a lot of people in the world heard as quite a difference from leadership that was turning away from alliances as the President is turning toward them and looking to work with global leaders to address the challenges we’re facing.  So, I can tell you he hasn’t focused on it much.

MS. PSAKI:  I think the President has made clear that what we saw on January 6th, what we saw in terms of the former President’s engagement is deeply concerning.  It was a dark day in our democracy.  It’s one of the reasons we need to fight so hard to protect our democracy and also send the message to the rest of the world that that is something we are protecting in this day and age.

Listen above via The White House.