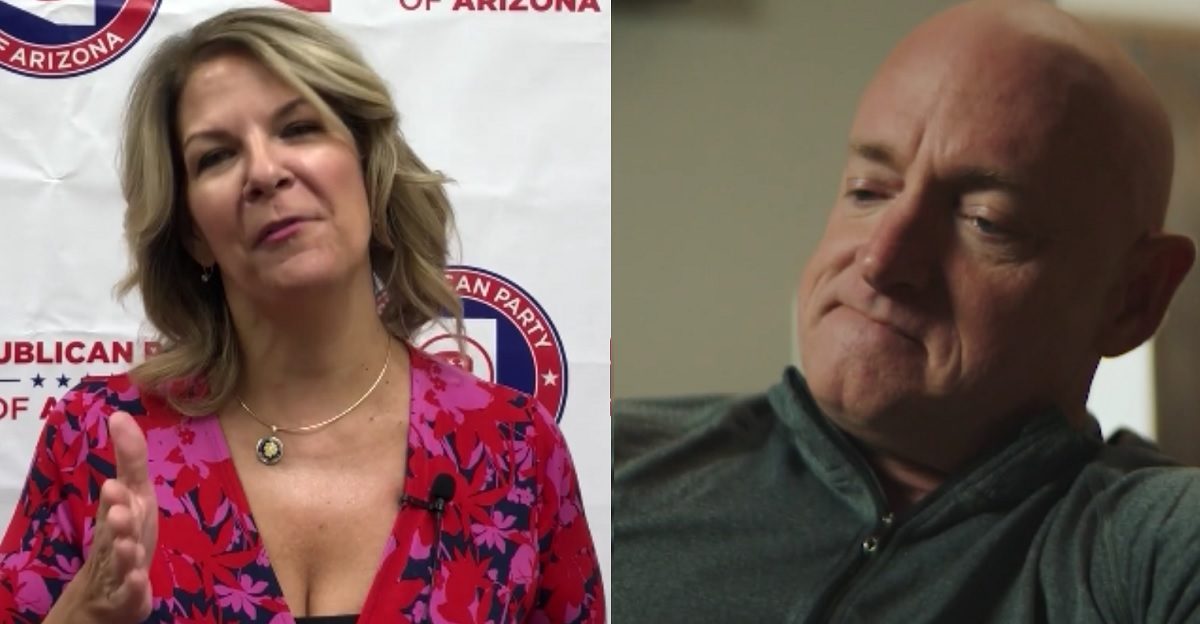 Arizona GOP Chair Kelli Ward is doubling down after writing in a fundraising email that her party will stop Gabby Giffords’ husband and Democratic Senate candidate Mark Kelly “dead in his tracks.”

Ward, who lost a primary bid for U.S. Senate in 2018, sent a fundraising email that included the line “Support the Republican Party of Arizona today and, together, we’ll stop gun-grabber Mark Kelly dead in his tracks.”

Kelly is running to unseat Sen. Martha McSally, who was appointed to the late Sen. John McCain’s seat. Kelly is a former astronaut, and the husband of former Congresswoman Gabby Giffords, who was shot in the head during a 2011 mass shooting in Tucson, Arizona.

“This dangerous rhetoric has absolutely no place in Arizona and is what’s wrong with our politics,” Kelly campaign spokesman Jacob Peters told Bloomberg.

Ward’s email is reminiscent of the controversy that erupted after Giffords’ shooting, when a Sarah Palin political target list featuring crosshair symbols resurfaced. Almost a year before the shooting, Giffords herself warned about the use of that specific symbol.

Nevertheless, Ward defended herself on Twitter after Bloomberg accurately reported her remark, calling their reporting on her promise to stop Kelly dead in his tracks “dangerous and irresponsible!”

Utterly ridiculous! I don’t wish harm on Mr. Kelly. We disagree politically on the Constitution and the #2a, and I’m well aware of the harm his policies would cause should he ever be elected. Dishonest stories like this are dangerous and irresponsible! https://t.co/8wfU8QQtSO

Ward then posted a hate email that she received, and then snarkily promised to send copies of a dictionary of idioms to reporters.

Just arrived in the mail. Ordered another 20 copies for friends in the media who apparently didn’t major in English. #Since1824 pic.twitter.com/2pYPfmpBhP

In the most recent poll of the Arizona Senate race, Kelly leads McSally by five points.