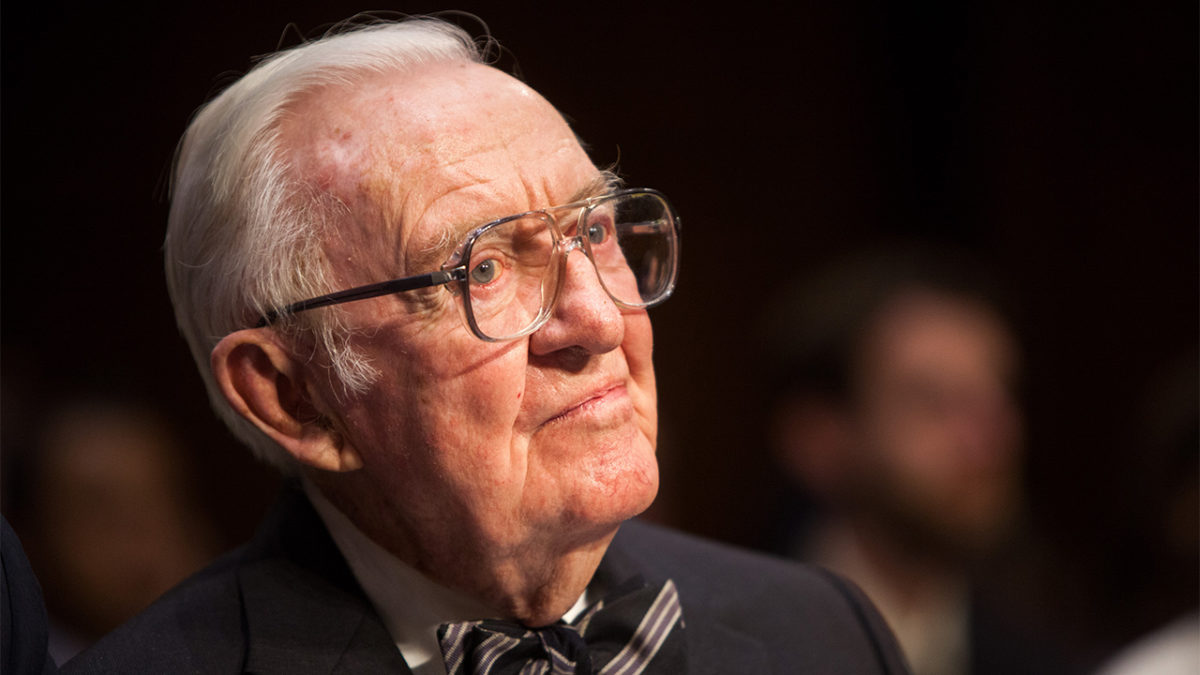 Stevens served from 1975––nominated by President Gerald Ford––until 2010 when he retired. He is the third-longest serving justice in the history of the Supreme Court.

A statement from the Supreme Court Tuesday night says Stevens died of complications after suffering a stroke on Monday. You can read that full statement below.

John Paul Stevens has died at the age of 99, the Supreme Court announces in this statement pic.twitter.com/00bxz2D4DX