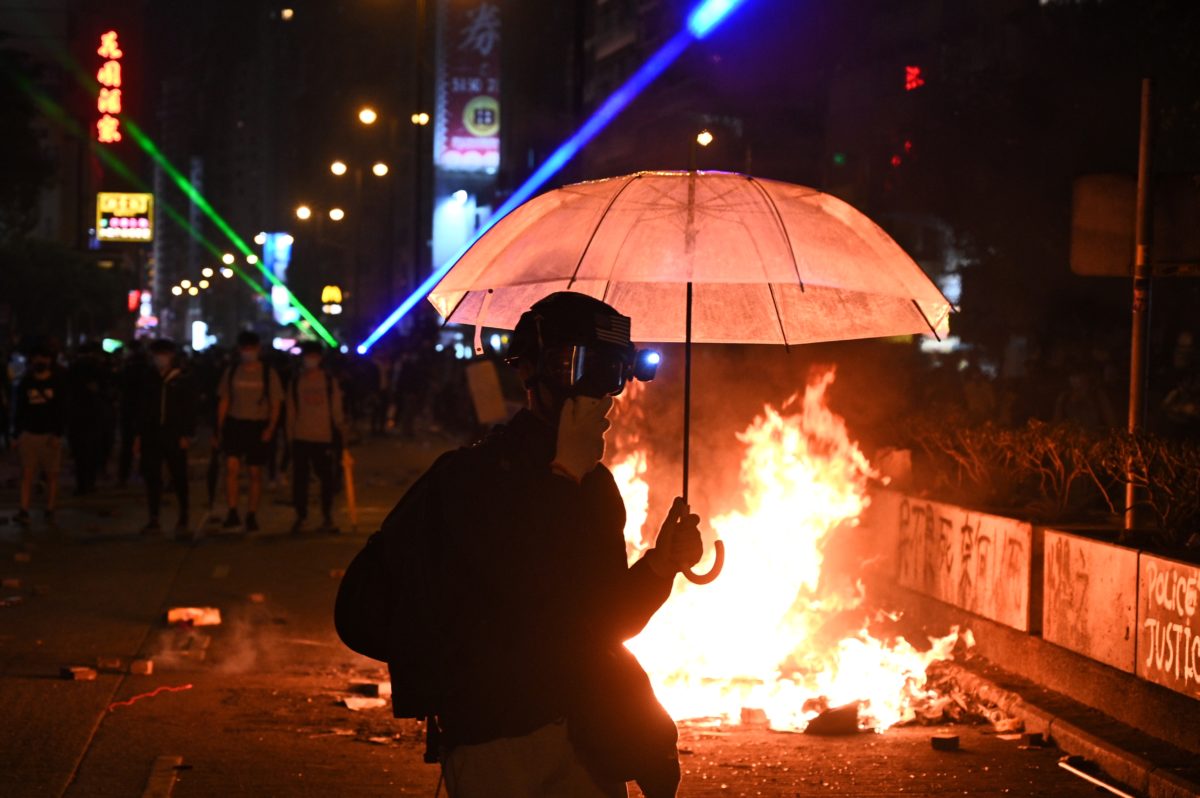 UPDATE: In a statement, a Reuters spokesperson told Mediaite, “This story was continuously updated with the latest news as events in Hong Kong unfolded. Earlier versions of the story reported that the police made threats to use live bullets and later that police said they had fired live rounds but there were no injuries. As the story progressed with news of the escape, the focus of our story shifted to the most current and relevant reporting on the ground. These earlier details remain in a separate sidebar which includes highlights of the unfolding story.”

Reuters republished the claims that Hong Kong police threatened to use live bullets at another URL.

Reuters changed a report that claimed Hong Kong police threatened to use live bullets against violent protesters on Monday, removing any mention of the original claims.

The report, published on Sunday, was originally titled, “Hong Kong police threaten to use live bullets as standoff with protesters escalates,” and made the claim that police had “threatened on Monday to fire live bullets if ‘rioters’ did not stop using lethal weapons in the latest flare up in anti-government protests.”

The claims in Reuters’ report were quickly shared by Axios’ Jonathan Swan and other journalists.

However on Monday, the title was changed to, “At embattled Hong Kong university, a dramatic escape,” with any reference to live bullets removed.

Original piece is quite different?!https://t.co/dsMqZabCKJ

Instead of the claim that police had threatened to use live rounds, the new opening paragraph of the article reads, “Dozens of Hong Kong protesters staged a dramatic escape from a university campus sealed off by police on Monday by shimmying down plastic hosing from a bridge and fleeing on waiting motorbikes as the police fired projectiles,” and other parts of the article have also been changed.

A Yahoo News aggregation of the article remains in its original form, and the original article can also be seen via online archives.

The original title can also still be found in the article’s URL.