Rudy Giuliani Dares House Dems to Investigate Him For Trying Dig Up Ukrainian Biden Dirt: ‘Do it!’ 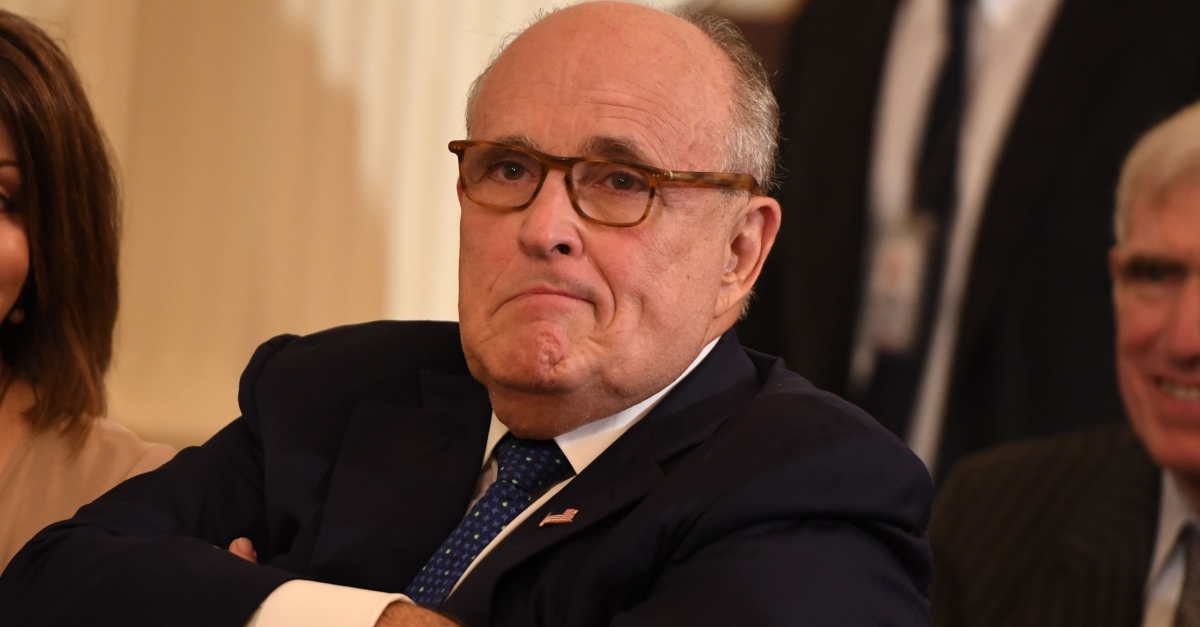 Rudy Giuliani is, at least outwardly, appearing defiant in response to a report that House Democrats are considering investigating him for his attempts to dig up dirt on Joe Biden in Ukraine.

Speaking to the Daily Beast in response to their exclusive report on the possible House investigation, President Donald Trump‘s attorney put forth an aggressive stance.

“If they want to come after me, I gladly accept it, because we could just make the Biden stuff bigger news,” Giuliani told The Daily Beast. “Do it! Give me a chance to give a couple speeches about it and hold a press conference. I’d love that.”

The House, if it proceeds, would look into Giuliani’s efforts to encourage Ukraine to explore ties between the ex-vice president’s son, Hunter Biden, and a gas company owned by a Ukrainian magnate.

Giuliani told The New York Times his actions were above board.

House Democrats may not agree. According to the Beast, a probe would center on whether Giuliani interfered with U.S. foreign policy efforts. Giuliani, however, says he would not cooperate with an investigation without a separate inquiry on Biden.

“I hope they do investigate me for that because I would resist… and go on a rampage,” Giuliani told the Beast. “I’ll tell them I won’t comply unless you investigate Biden first!”