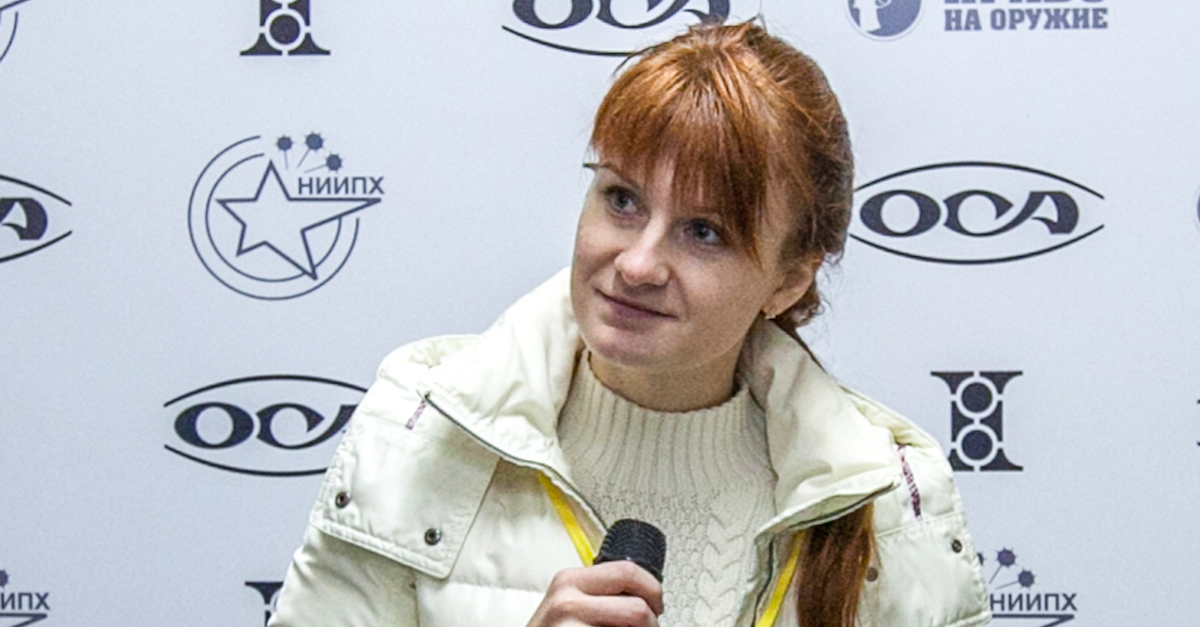 The Russian operative who infiltrated conservative politics and the NRA, Marina Butina, was sentenced to 18 months in prison on Friday, after having pleaded guilty on a single count of conspiracy in December.

At her sentencing, Butina insisted she was never a spy and only to “improve relations” between Russia and the United States. She was in the United States on a student visa and, at the behest of Kremlin insider Alexander Torshin, worked to “establish unofficial lines of communication with Americans having power and influence over U.S. politics”, she has admitted, along with help from her boyfriend, republican Paul Erickson.

JUST IN: Russian national Maria Butina is sentenced to 18 months after pleading guilty to trying to infiltrate GOP groups before and after the 2016 election https://t.co/dp3DbB2TwK pic.twitter.com/vU8AQuHp1g

Butina was arrested last July and was credited with 9 months of time served. U.S. District Judge Tanya Chutkan ordered that Butina be deported at the end of her sentence.