Pompeo Fires Back at ‘Traitor’ John Bolton, Claims He Is Spreading ‘Outright Falsehoods’ 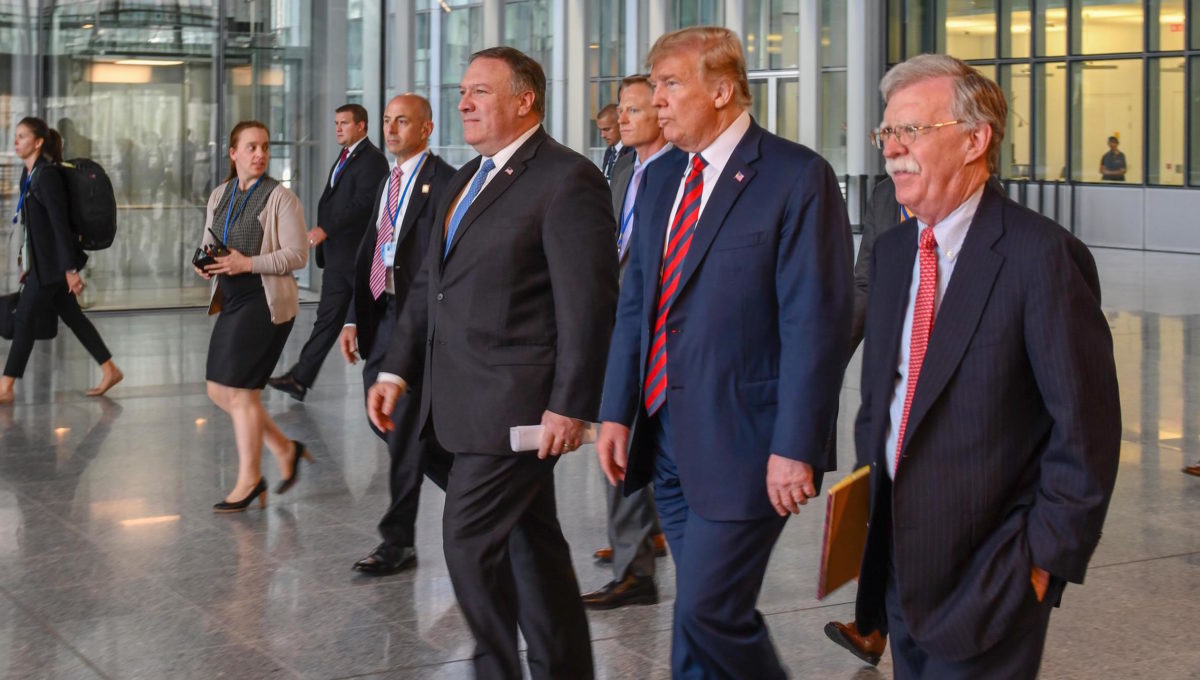 Secretary of State Mike Pompeo fired off a heated rebuttal to John Bolton, branding the President Donald Trump’s former national security advisor as a “traitor” and claiming, without any specifics or corroborating evidence, that Bolton’s tell-all book is spreading “lies, fully-spun half truths, and outright falsehoods.”

Pompeo’s statement, which had a headline of “I was in the room, too,” a not-so-subtle dig at Bolton’s The Room Where It Happened book title — was also posted on his official Twitter account.

Acknowledging he has “not read the book,” Pompeo cited the many excerpts of damning claims by Bolton to say Trump’s former White House adviser “is spreading a number of lies, fully-spun half-truths and outright falsehoods.” Pompeo did not elaborate or provide any evidence as to which claims, exactly, he was challenging.

I’ve not read the book, but from the excerpts I’ve seen published, John Bolton is spreading a number of lies, fully-spun half-truths, and outright falsehoods.

Pompeo went on to call Bolton’s insider’s account of his Trump White House tenure and the ongoing media tour “sad and dangerous” before labeling him “a traitor who damage American by violating his sacred trust with its people.”

It is both sad and dangerous that John Bolton’s final public role is that of a traitor who damaged America by violating his sacred trust with its people. To our friends around the world: you know that President @realDonaldTrump‘s America is a force for good in the world.