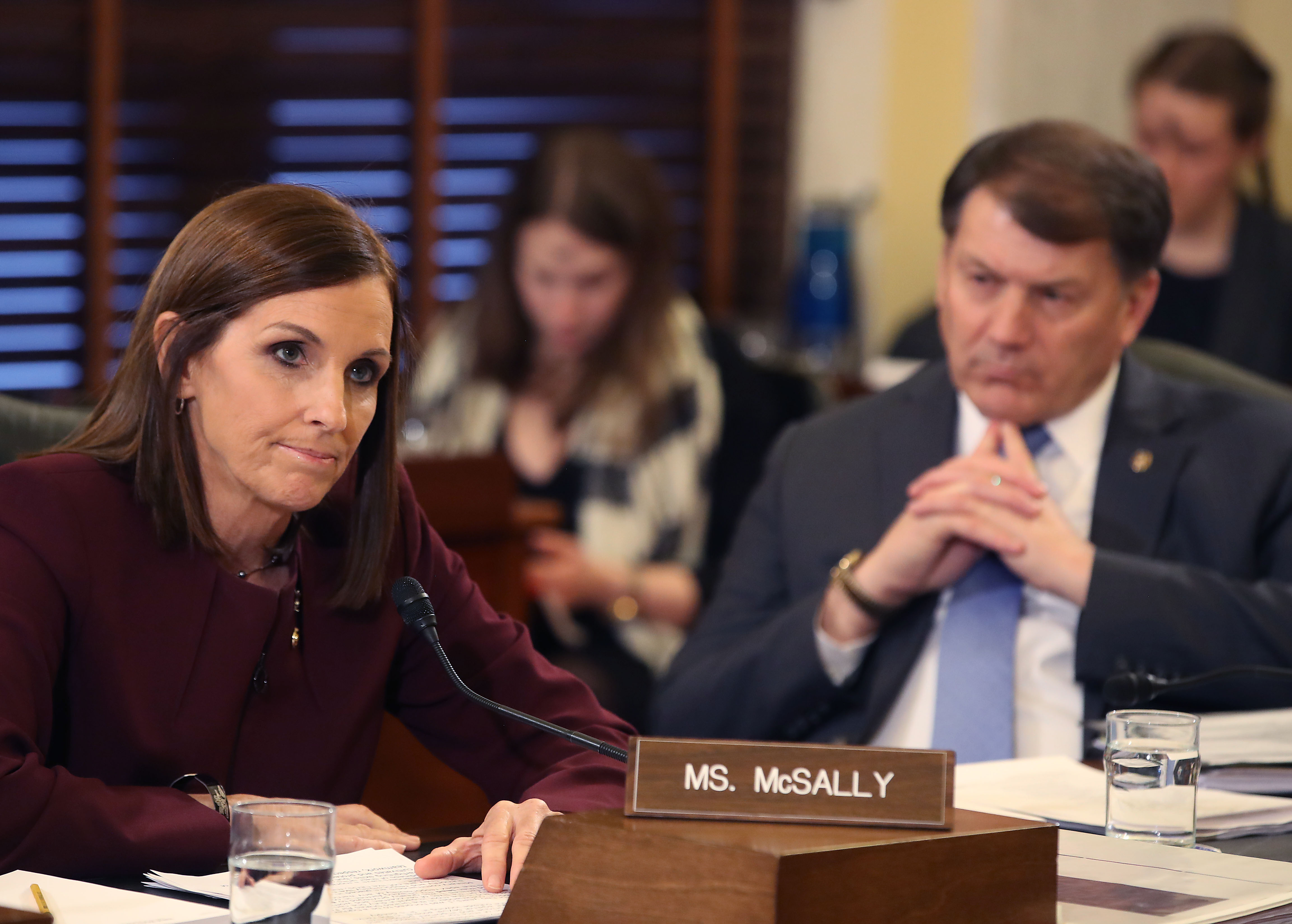 Sen. Martha McSally, a Republican on the Armed Services Committee, said that President Donald Trump’s pick for the second-highest officer in the military is not guilty of the sexual assault allegations made against him, according to the Washington Post.

“Sexual assault happens in the military. It just didn’t happen in this case,” said McSally during the panel’s confirmation hearing Tuesday. She said the case “wasn’t just a jump ball, not a he-said, she-said” but that “the full truth was revealed in this process.”

McSally said she “pray[s] the accuser gets the help she needs and finds the peace she is searching for,” as the accuser looked on from the audience.

McSally had revealed in March she was raped by a superior officer when she was in the Air Force. McSally said she felt compelled to speak out about the incident years later after seeing the military’s “wholly inadequate responses” to multiple scandals within the ranks.

General John Hyten, currently head of U.S. Strategic Command, was nominated by the president to serve as vice chairman of the joint chiefs of staff in April. Col. Kathryn Spletoser, whose identity was revealed Friday, accused Hyten of unwanted touching and kissing while she was under his command. She said he ejaculated on her in a hotel room in 2017 while they were both traveling for work.

“I’m intensely aware of the allegations made against me concerning one of the most serious problems we have in the military,” Hyten said Tuesday before the committee. “These allegations are false. There was a very extensive, thorough investigation . . . that revealed the truth: nothing happened, ever.”