Sen. Ted Cruz, NYT Ed Board Member Spar Online Over Frederick Douglass July 4th Speech: ‘His Name Has No Business in Your Mouth’ 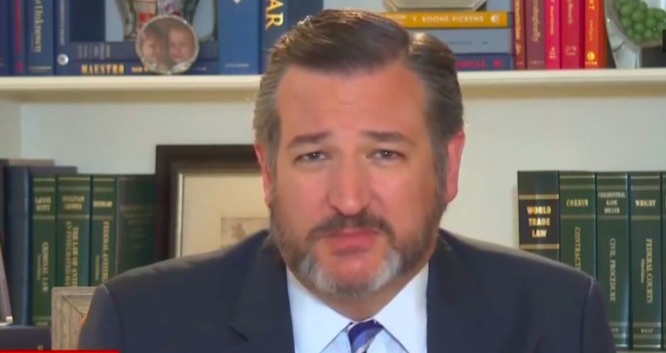 Kaepernick, who was already embroiled in a controversy over Nike manufacturing sneakers with the Betsy Ross flag, which he deems racist, posted on Independence Day a passage from Douglass’s 1852 speech “The Meaning of July Fourth to the Negro.” Implicit in the selected quote was a stinging criticism of America’s legacy of slavery and the hollow promise of freedom it offered African-Americans at the nation’s birth.

“What have I, or those I represent, to do with your national independence? This Fourth of July is yours, not mine…There is not a nation on the earth guilty of practices more shocking and bloody than are the people of these United States at this very hour.”
– Frederick Douglass pic.twitter.com/IWLujGCJHn

Later that night, Cruz, an outspoken Republican, took issue with Kaeprnick’s Tweet. In response, Cruz used it to kick off a long thread that added what he said was key “context” to understanding Douglass’s larger point about America and its principles of equality and independence.

You quote a mighty and historic speech by the great abolitionist Frederick Douglass, but, without context, many modern readers will misunderstand. Two critical points: https://t.co/x4oLfa9DrH

The next day, Gay, who comments on politics and New York City as a member of the Times editorial board, issued a stinging, personal rebuke to Cruz, telling him Douglass’s “name has no business in your mouth.”

Frederick Douglass is an American hero, and his name has no business in your mouth. https://t.co/Ghoqb75gJF

This prompted to Cruz to fire back to what he blasted as an “ad hominem attack.” And he then took an opportunity to throw a thinly veiled shot at the Times, which conservatives have long claimed is biased against the right. (Gay, it should be noted, is an editorial writer and not a news reporter for the paper, and paid to give her opinions.)

Let’s see. You’re on the editorial board of the NYT. You respond to any view you don’t like, not with facts or reason, but w/ ad hominem attack. And you seem dismayed that I linked to Douglass’s entire speech, so readers can judge for themselves. You represent your employer well. https://t.co/c8168yiCgY