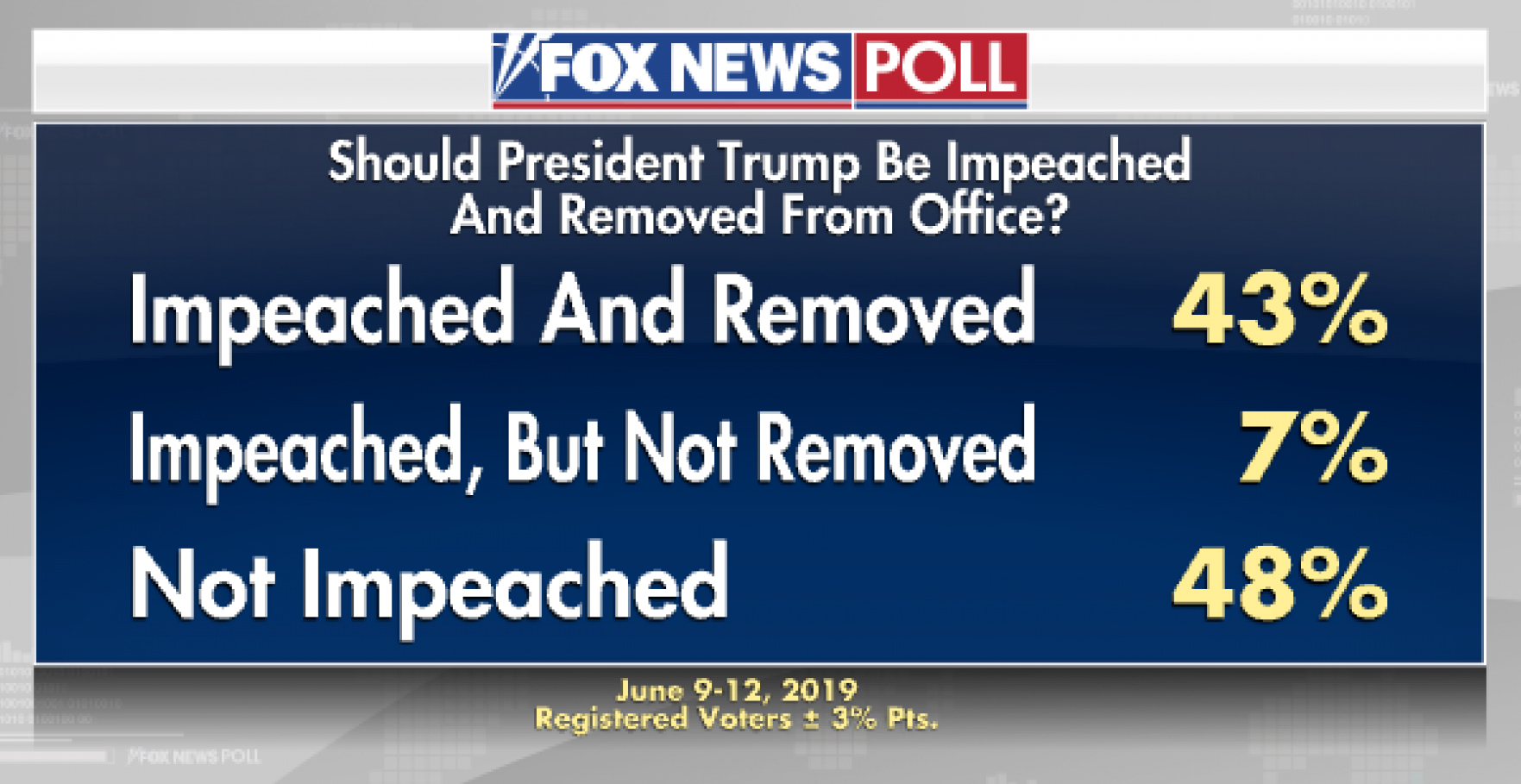 Democrats continue to debate whether it is worth it to bring impeachment against Donald Trump in the House, but if shocking poll numbers from a surprising source have any impact, that debate may end sooner than expected.

As recently as yesterday the division between the leadership of the party, such as Speaker Nancy Pelosi, and the more visible new progressive members like Rep. Alexandria Ocasio-Cortez is, in AOC’s words, “very real.”

But in AOC’s favor, a new Fox News poll of registered voters released Sunday showed 43 percent favor of impeaching President Trump and removing him from office. Among those who responded that they do not want him removed, 12% still said they favored impeachment.

That represents a further 7% overall, or as the image below from the poll breakdown shows, a total of 50% who favor impeachment.

The result has steadily increased each time the poll has been conducted, and one year ago this month the number of respondents who favored impeaching and removing from office was 39%, with 51% opposed. That shows that the number has not only increased in favor, but the position in the majority has switched.

However, 56% said that it is “not at all” likely that Trump will be impeached, an indication of the difference between the rhetorical and the practical, or the very basic difference between AOC and Pelosi on the question. Still, the mood of the public has been part of the decision before, and with slightly lower numbers.

Another shock number from the poll’s result, and one that goes directly against the relentless White House messaging post-Mueller report, is that full 50% said they do believe there was coordination between the Trump campaign and Russia. 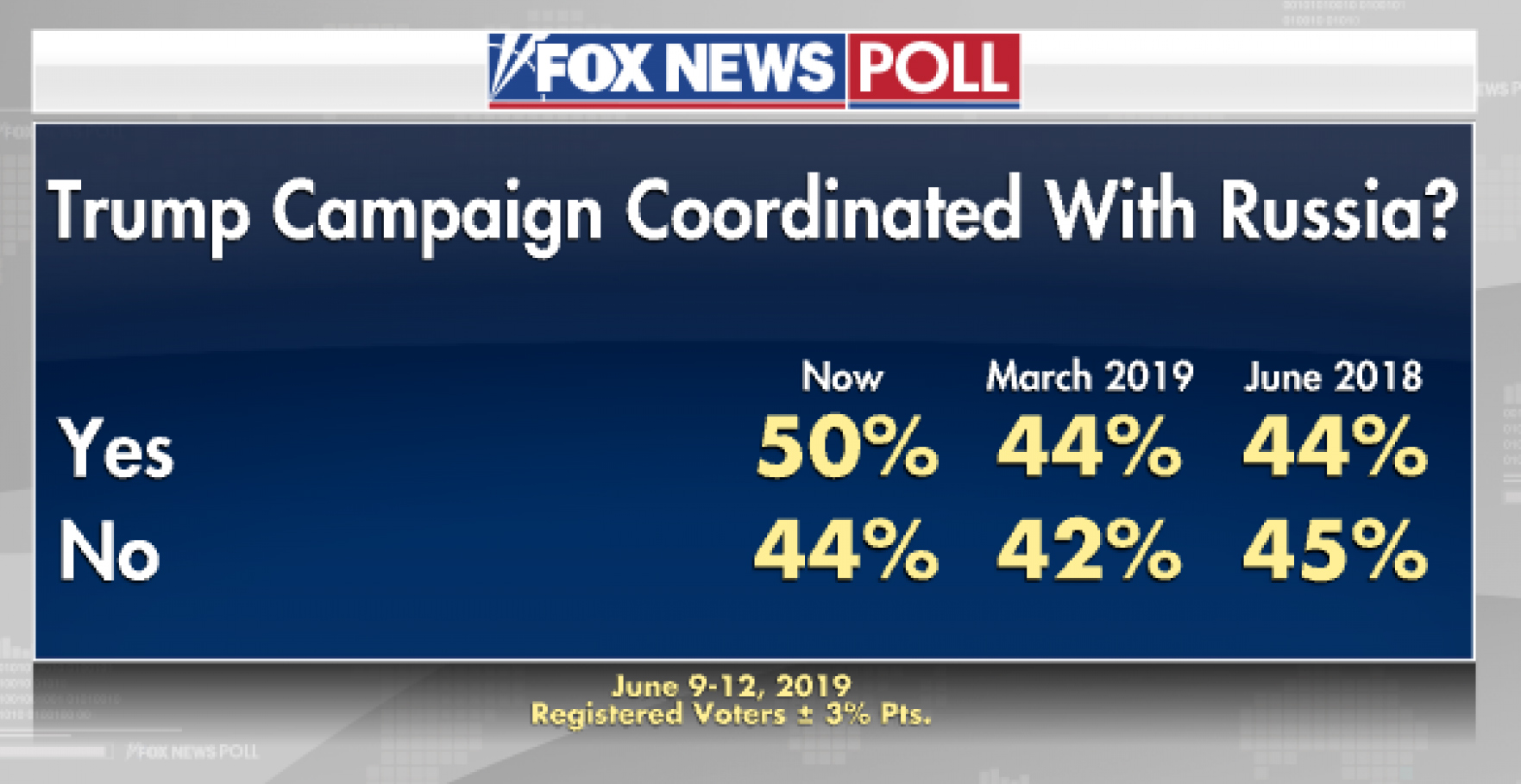 The complete poll result is here and covers a number of additional, interesting questions like views on tariffs, the economy, and the 2020 Democrats.