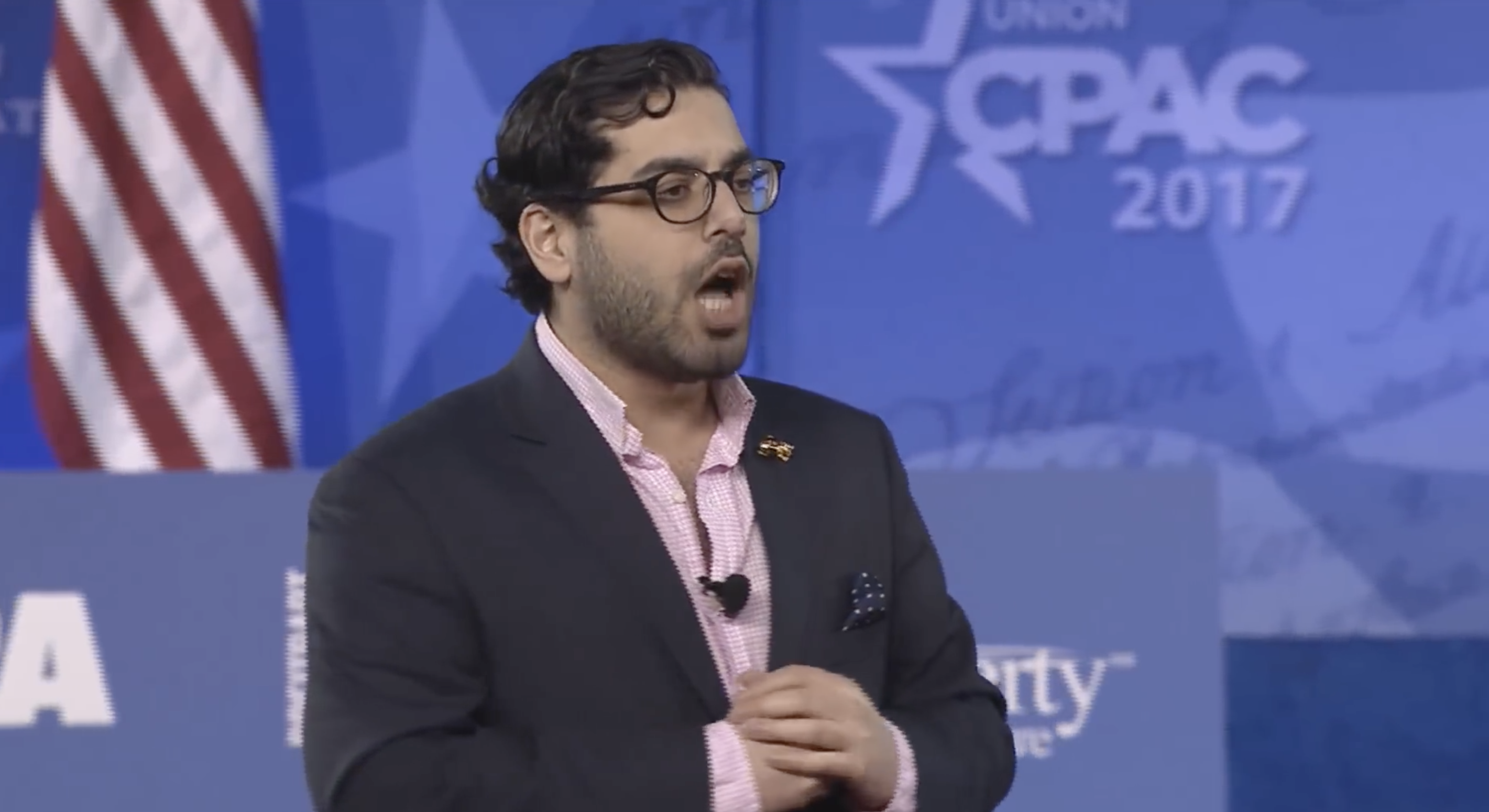 Former Breitbart editor Raheem Kassam got into a spat with CPAC organizers and chairman Matt Schlapp Wednesday over the attendee who was diagnosed with coronavirus.

The beef all began when Kassam posted a series tweets Sunday night about the mystery attendee.

I have now spoken to a number of people who were in/around the green room at CPAC when the attendee with coronavirus was there.

People are apoplectic about how they have not been better informed of what happened.

The attendee was there for much of Thursday at LEAST…

Believing he was exposed to the virus, Kassam announced on Tuesday that he had checked himself into the hospital to be tested. He said all testing came back negative.

Oh and they gave me a spiffy new mask.

I’m smiling behind it, I swear. pic.twitter.com/hlNqpKfYYp

Schlapp fired back early Wednesday at Kassam on Yahoo News podcast “Skullduggery,” accusing the pundit of having a “bone to pick” because he was not selected to speak at the conference.

“I’m sorry that Raheem was not included on our speaker schedule, and I’m sorry he has a bone to pick with us but using a healthcare moment — where people are worried — to use that to try to stick a stake in my heart was a mistake,” the CPAC chairman said.

Odd & uncomfortable attempt by Matt Schlapp of CPAC to blame me for their coronavirus situation which embarrassed the President, Congressmen, etc.

He claims I am driving a stake through his heart (lol wtf?) by providing attendees with info about the carrier at his conference… pic.twitter.com/8GsIgTJQL3

Schlapp did not directly address Kassam on Twitter, though he retweeted a post calling coverage of the presence of coronavirus at CPAC “disgusting.”

Rep. Matt Gaetz (R-FL) thanked Kassam for taking up the role of detective, while also stating it “isn’t CPAC’s fault someone infected attended the event.”

It isn’t CPAC’s fault someone infected attended the event (which was a huge success, sans pandemic fears).

It surely isn’t Raheem’s fault that he pieced together a timeline, built evidence and did public reporting on information we couldn’t timely receive from CPAC.

As a former ACU board member and CPAC planner, I’m sorry, Raheem has been a responsible citizen and to try and denigrate Raheem, who BTW, a lot of us know has been extremely helpful to CPAC in the past, is complete BS. https://t.co/B23P19QME3

I appreciate @RaheemKassam getting info out to us. We should have had the Cartier’s name much sooner. Turns out I had close contact with 2 quarantined people. https://t.co/3iIDuqgAvV