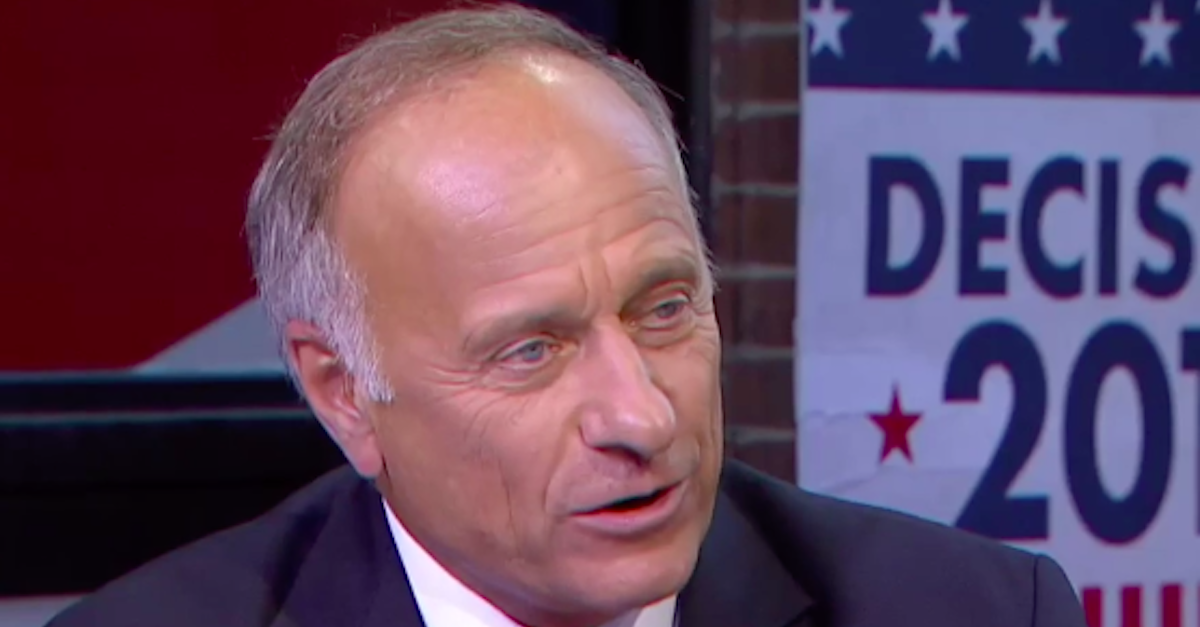 In a bizarre, late-night Tweet, Iowa Representative and Republican pariah Steve King blasted out a rant aimed at 2020 Democratic presidential candidate Julián Castro, ripping the former HUD secretary for allegedly “declar[ing] that men can get pregnant and then you promote federal funding to abort men’s babies.”

Hey @JulianCastro You think it’s NOT embarrassing when you declare that men can get pregnant and then you promote federal funding to abort men’s babies? Genius! A Democrat proposal that will have a CBO score of ZERO! And a bizarre score of 100!!

King, who GOP Congressional colleagues have once again called on to resign, this time for toxic comments he made earlier this week about rape and incest, has a long history of making racist and homophobic comments. He did not elaborate or offer any more context about the surreal claims in his Tweet, which he posted late on Thursday night.

During the second round of Democratic primary debates last month, however, Castro did vocally endorse providing full reproductive health access to trans women. Castro went on to say that his health care plan would also include the right to an abortion for everyone, which his campaign manager clarified afterward to Politico that he misspoke during the debate.

King, then, was likely referencing that moment and using the descriptor of “men” as a way to smear trans women. Many conservatives refuse to accept trans people after a gender transition and continue to use their prior gender reference and pronoun as a way to mock and insult them.