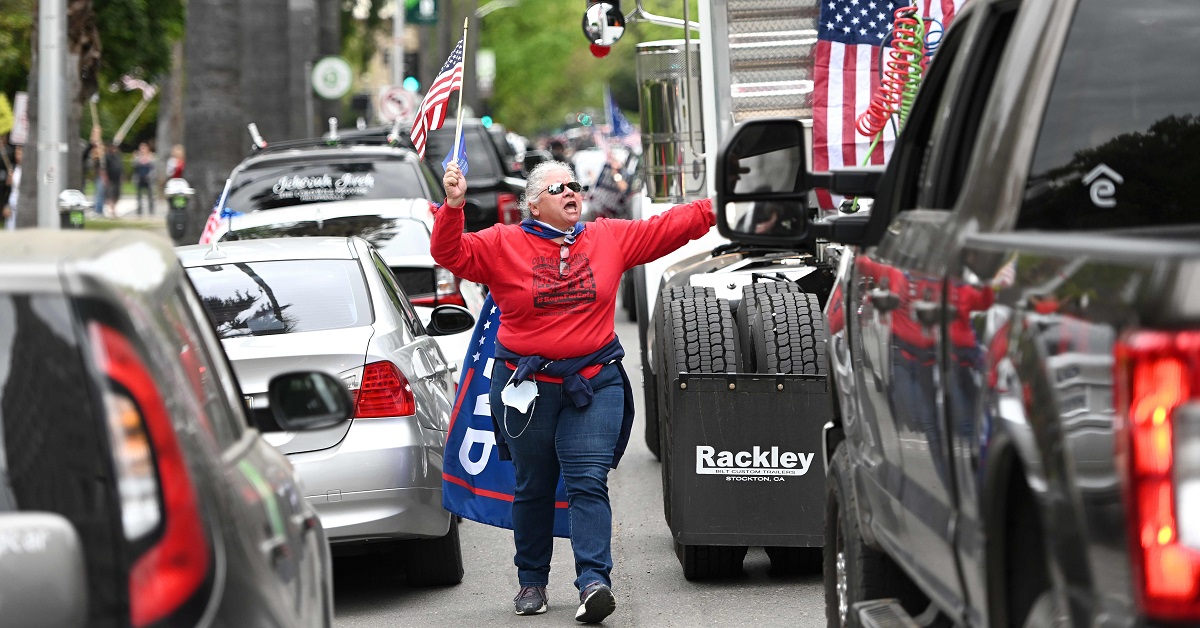 Forty percent of Republicans say the threat from the coronavirus pandemic “has been exaggerated,” while another ten percent aren’t sure — a drastic difference from the rest of the Americans polled.

A Yahoo! News/YouGov poll published Thursday found stark partisan divides on a number of key questions related to public health and the state of the Covid-19 pandemic.

In the most stark and alarming divide, on the question of whether a respondent believes the “threat of COVID-19 has been exaggerated?” 40% of Republicans said “yes,” versus just 18% of everyone else combined — Democrats and independents. 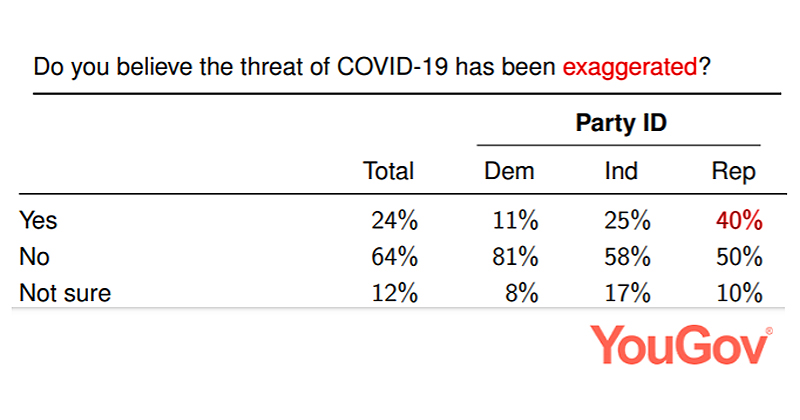 The poll also tracked disparities between people who specifically voted for President Donald Trump in 2016 and those who voted for Hillary Clinton, and found that while majorities in both groups adhered to lockdown guidelines, Trump voters were much more likely to flout them:

The poll also found that those Trump voters are “19 points less likely than Clinton voters to say they have strictly obeyed existing stay-at-home regulations.”

Some of the other partisan divides were somewhat less surprising, if still significant.

For example, only 24 percent of Republicans say they trust world-renowned infectious disease expert Dr. Anthony Fauci more than they trust Trump on matters related to the disease, versus 60 percent of everyone else combined.

When asked “What comes closest to your view about ‘shelter-in-place’ orders?”, 32 percent of Republicans said “The cure is worse than the disease,” twice as many as the 17 percent of everyone else polled who said the same.

So the poll finds, in essence, that Republicans are close to split on whether the Covid-19 pandemic has been “exaggerated”, that more Republicans trust Trump over Fauci on coronavirus than the other way around, and are less likely to have adhered to mitigation guidelines so far or to adhere to them going forward.

It’s hard not to think about this as being related to this.