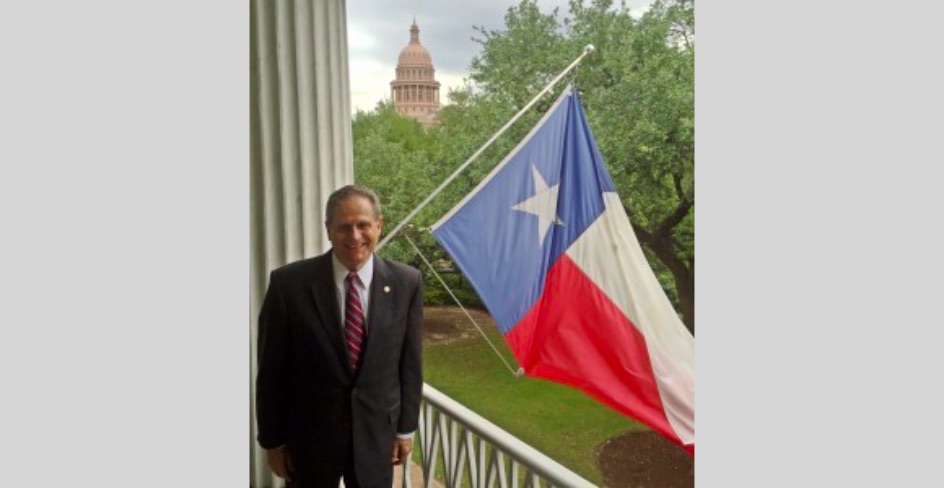 Texas state representative D.F. “Rick” Miller archly dismissed his two Republican Party primary opponents for challenging him, claiming the only reason they are running is because they are “Asian”: “That’s kind of racist in my mind. But anyway, that’s not necessary, at least not yet.”

Miller, a 74-year-old white man, represents Fort Bend County in the Houston suburbs, which has large African-American and Asian-American communities that are projected to be nearly half of the county’s population by 2022. Miller, who is running to keep his seat in the Texas House, has not faced a primary foe since 2012.

According to the Houston Chronicle, Miller has lashed out at the former chairman of the Fort Bend Republican Party, Jacey Jetton, for launching a campaign against him.

“He has decided because, because he is an Asian that my district might need an Asian to win,” Miller said of Jetton. “And that’s kind of racist in my mind, but anyway, that’s not necessary, at least not yet.”

Miller has also made a similar claim against his other GOP challenger, Leonard Chan, a Houston Fire Department official.

“[Chan] jumped in probably for the same reason,” Miller said. “I don’t know, I never met the guy. I have no idea who he is. He has not been around Republican channels at all, but he’s an Asian.”

Jetton, who is part Korean but also has relatives who have lived in Texas for seven generations, pushed back on Miller’s loaded charge about his and his fellow Republican’s race.

“I think it’s unfortunate he’s trying to make it a race thing when it’s really just being willing to communicate with anyone in the district,” Jetton said.

Miller tried to walk back his earlier comments in an interview with the Chronicle: “People should be voting for the right candidate or the candidate most qualified to win the election, and that’s my key point,” Miller explained. “I don’t know why they’re running. If that’s why they’re running, then good.”